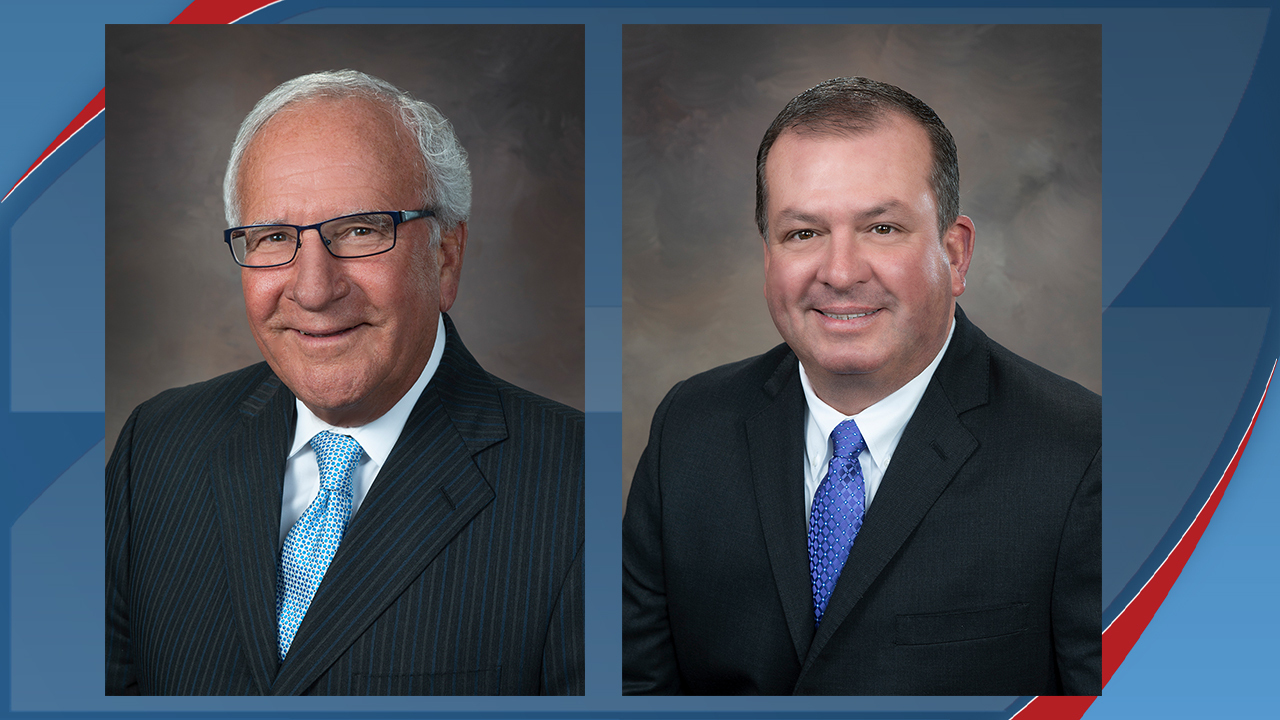 LUBBOCK, Texas (NEWS RELEASE) — The following is a news release from The United Family:

On Tuesday, February 9, Robert Taylor announced he will retire from the position of CEO of United Supermarkets, LLC, on March 1, 2021, and Sidney Hopper, president of United Supermarkets, will assume all of the responsibilities of the CEO. Taylor will continue in an advisory role for the company as Executive Vice-President – Senior Advisor.

“I have been working for, or with, this great company for 51 years, and I am ready to have a little more flexible time to spend with my wife Jan and our kids and grandkids,” Taylor said in a video released to team members today. The footprint of the company more than doubled to 96 stores during Taylor’s tenure as CEO, with a large expansion of its self-distribution center, and the acquisition of a manufacturing facility and ice plant.

In 1971, Taylor began operating his father’s wholesale tobacco and candy business, R.C Taylor Wholesale, after his father became seriously ill, and the company flourished under Taylor’s leadership. In July 2007, Taylor sold R.C. Taylor Wholesale to one of his largest customers, United Supermarkets, and joined United’s leadership team as vice president of logistics. In 2010, Taylor was named CEO of United Supermarkets, which was subsequently purchased by Albertson’s LLC in 2014.

In his new role, Taylor will continue spearheading the United Food & Beverage Services. The newest venture of United Supermarkets was recently formed to provide banquet services, concessions, and operate the “Rave On”  restaurant in Buddy Holly Hall, a $153 million privately-funded entertainment and education venue opening in Lubbock this month. He will continue to serve on the executive team with involvement in government relations, real estate, innovation and special projects.

“It is hard to quantify all Robert has brought to this company,” said Sidney Hopper, speaking of his friend and mentor.  “Robert is an innovator, and he invests in developing people and communities.”  “There are few things that have happened in our company over the last 13 years that don’t carry Robert’s fingerprints. He is an ardent community supporter and models that value for all the leadership in stores and facilities across the 54 communities we serve.”

Taylor has also been extremely active in professional organizations.  In 2018, Shelby Report named him Innovator and Executive of the Year.  He served as a board member and two terms as president of the Texas Association of Wholesale Distributors, earning multiple accolades, including Southwestern Community Service Award, Texas Wholesaler of the Year and the Texas Political Network award.  Taylor also served on the board of directors for FMI (Food Marketing Institute).

Active in the Lubbock community, Taylor provided leadership to the Lubbock Area United Way and is a past president of Salvation Army, leading a capital campaign for a new building.  In 2020, the Lubbock Chamber of Commerce tapped Taylor with the Champion for Business award, and he was their 2013 Business Person of the Year. A past president of Southwest Rotary with a passion for growing young entrepreneurs, Taylor has taught in high school business classes and chaired the Lemonade Day board for several years. Third graders participating in the Lemonade Day curriculum learn financial literacy, draft a business plan and give away some of their profits to a community cause of their choosing, through a one-day lemonade stand.

Taylor is currently serving as chairman of the Downtown TIF Committee, working to revitalize Downtown Lubbock. He formerly served on the PlainsCapital Bank board of directors and is currently on the board of Hill Top Holdings, a publicly traded company.

Taylor is married to the former Jan Smith, also a Texas Tech University graduate.  The Taylors have four children and nine grandchildren.  In his spare time, Taylor enjoys fishing, golfing and traveling.

About The United Family®
In its 105th year of operation, United Supermarkets, LLC – d.b.a. The United Family® – is a Texas-based grocery chain with stores in 54 communities in Texas and New Mexico. A self-distributing company with headquarters and distribution centers in Lubbock, The United Family currently operates 96 stores under five unique banners: United Supermarkets, Market Street, Amigos, Albertsons Market and United Express, along with ancillary operations R.C. Taylor Distributing, Praters, United Food and Beverage Services and Llano Logistics. The company is a wholly-owned subsidiary of Albertsons Companies, Inc For more information, please visit www.theunitedfamily.com.

(News release from the The United Family)