LUBBOCK, TX – Some shifts are happening within one company’s leadership team, as United Supermarkets announced the appointment of its new Chief Executive Officer, Sidney Hopper, following the retirement of his predecessor Robert Taylor.

According to Hopper’s LinkedIn, the new Chief joined the United Supermarkets family in 1986, where he served as Executive Vice President and Chief Operating Officer for Safeway, and later as the Houston Division President. Adding to his extensive expertise, he also obtained an Executive MBA from The Naveen Jindal School of Management at the University of Texas at Dallas. Hopper will step into his new role as CEO on March, 1, according to a press release. 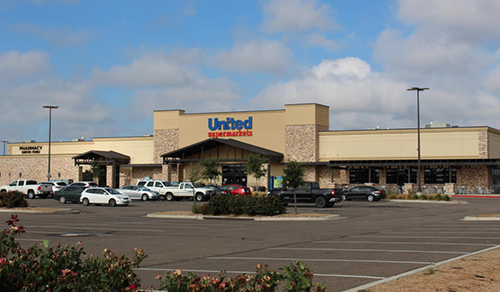 This appointment follows the retirement of United Supermarkets’ previous CEO, Robert Taylor, who has been involved with the company for over 50 years, during which the chain more than doubled to 96 locations. Taylor joined United’s team as Vice President of Logistics in 2007, after the company acquired his father’s wholesale business.

He was named CEO of United Supermarkets a few years later in 2010. Taylor will continue to serve as Executive Vice President and Senior Advisor for the company.

We at AndNowUKnow offer our congratulations to Sindey Hopper on his new position! Keep checking back for all the news related to the fresh produce industry.