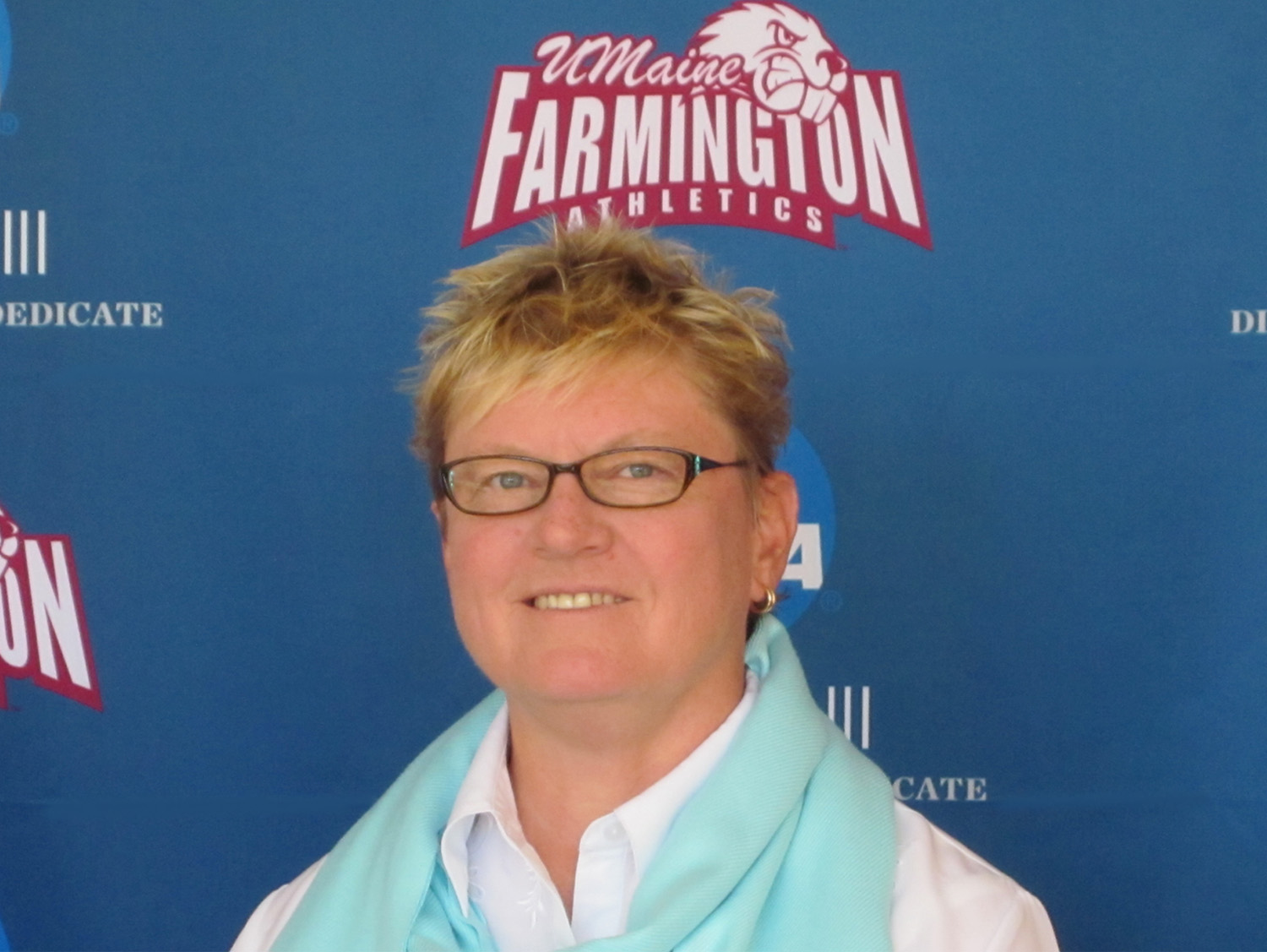 FARMINGTON – The University of Maine at Farmington has announced that following a long, successful career leading UMF Athletics, Julie Davis, UMF director of Athletics, Fitness and Recreation, will be retiring, effective, June 25.

“Farmington has been so fortunate to have Julie at the helm of our Athletics, Fitness and Recreation endeavors for over two decades,” Edward Serna, UMF president said. “Under her leadership, our Division III athletic programs have expanded, thrived and inspired. New sports-related academic offerings have been developed, and outdoor recreation has become a signature program. We will miss her energy and dedication and wish her all the best in the future.”

UMF’s strong competitive tradition in NCAA Division III athletics has been led by Davis since 2000, including 19 conference championships in the North Atlantic Conference and more in the preceding Maine Athletic Conference/Sunrise and the Reynolds division for alpine ski. Many regional championship appearances and national championship berths for the NCAA and USCSA programs were also garnered.

“The NAC will miss Julie tremendously. She is our voice of reason, a voice of our history, and a strong moral compass. She is thoughtful and reasoned. Her impact on the conference is long-standing. Julie just makes the NAC better,” Marcella Zalot, commissioner, North Atlantic Conference said. “On a personal note, I will miss her friendship, her sound advice and her wisdom. Julie has given so much of herself to the conference and to others. I am excited she can now take some time for herself. She is one of the most exceptional administrators and exceptional people with whom I have had the good fortune to work.”

During her tenure, the quantity and quality of programs has expanded, participation has increased, and facilities have seen numerous upgrades, renovations, and expansion. NCAA sport offerings increased from nine to fifteen, and competitive snowsports were reintroduced, more than doubling student athlete participation. This growth and development has extended beyond Athletics to Fitness and Recreation, Mainely Outdoors, the Alpine Operations Certificate, the Coaching Minor and PHE (First Year Physical Activity Program).

“Julie has directed the Department of Athletics with the utmost integrity and heartfelt passion, while always putting the needs of UMF student athletes and her staff first. Every decision Julie made was geared toward enriching the student athlete experience during their time at UMF. She has been a dedicated advocate for the entire campus and I wish her all the best,” Cyndi Pratt, assistant athletics director and head field hockey coach said.

Davis was instrumental in increasing alumni engagement by way of participation in alumni games, events and giving. Notably the Leib Field and Len MacPhee Court campaigns resulted in significant enhancements, including the establishment of a state of the art varsity weight room and health and performance strength and conditioning program. The campaign for the Dick Meader Hall of Fame room is underway and has exceeded the original funding goal.

“Julie is a champion and an advocate on our campus for the holistic development of all of our students. She is committed to an environment of equity, inclusion and diversity,” Jamie Beaudoin, UMF associate athletics director, women’s basketball coach and instructor said. “She is the driving force in our continued development in moving our department forward. We have been fortunate to have her for all of these years, and I am lucky to have had her as a mentor, a teammate and a friend.”

Throughout her time at UMF, academic achievement and community engagement became trademarks of the program. Farmington has routinely been the leader in the number/percentage of student athletes earning scholar athlete accolades. The average student athlete GPA has been above a 3.0, several teams have been ranked high nationally for their team GPA, and three alumni earned NCAA postgraduate scholarships. The most recent student athlete graduation rate was 80%, a high mark for a public University. Beyond the classroom, student athletes have engaged in more than 800 hours of community service in a given year.

“I am proud that my advocacy and efforts resulted in increased opportunities for students that positively impacted their experience in ways I trust will help them be more healthy and successful in life beyond UMF. This is true in both athletics and fitness and recreation. It has been a pleasure to work with the staff to build a positive and strong student centered culture, striving for excellence in competition and in character,” Davis said. “Furthermore, I’m appreciative of the teamwork with colleagues across campus, and the support of leadership, alumni and partners in the community. I know that progress and accomplishments attributed to my leadership are the result of teamwork and collaboration. I am so appreciative of the people, the community and the opportunity.”

“In an occupation where the only constant is change, Julie has always put her staff first, caring about them as people and not just as employees. She consistently advocated for healthy work-life balances in professions known for burn-out, and was generous with praise and encouragement in favorable and challenging times. Perhaps most of all, her focus on inclusivity, equity, and belonging will be a model for our department in the years to come,” said Molly Wilkie, UMF head women’s soccer coach.

In 2010, Davis was awarded the National NCAA Division III Administrator of the Year Award from Women Leaders in College Sports, (NACWAA). She has continued to serve in a leadership role at the conference, regional and national level. At UMF she has served on numerous leadership committees. Most recently she was recognized with the 2019 distinguished staff “Above and Beyond Award”, nominated by staff, for her contributions to the UMF community.