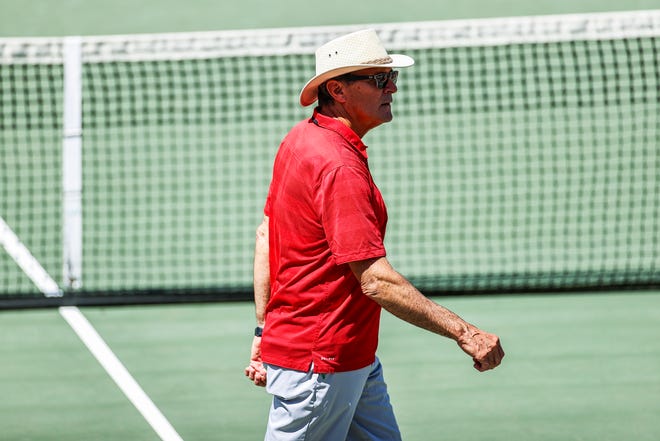 Manuel Diaz is preparing for another school year at Georgia in what will be his 40th season as a men’s tennis coach, 34 as the head coach after six as an assistant.

He’s planning on coaching well beyond that.

Georgia athletic director Josh Brooks and Diaz said the school and Diaz agreed to a two-year extension that will keep him under contract through the 2025 season.

Diaz also got a salary increase of $50,000 to bring his pay to $325,000 annually, according to information obtained in an open records request.

“It’s just a commitment that we want to continue to keep this program moving towards the top,” said Diaz, 68, the SEC’s all-time winningest coach with 726 career victories and four NCAA championships. “That’s been our goal all along. We have continued to improve from about three years ago when we had a little lull. It was great to finish in the top 10 but the work is not done.”

Diaz hopes the extension will help combat some negative recruiting that he said frustrated him.

“I was having to answer when are you going to retire?” Diaz said. “I wanted to make sure after consulting with Josh, we both thought it would be a firm statement that we have no intentions right now of stepping back or stepping down. I think that’s very important as a program to make sure we made that statement. I’m not ready to step back and take it easy.”

“Obviously, we have a lot of phenomenal coaches who are legends here,” Brooks said. “When you talk about Manny, Jeff, Jack and Haack. Those people you want to take care of. Everything was kind of paused for the year with COVID.”

Diaz’s last raise came after the 2017 season after his team reached the national semifinals but the team dealt with off-court issues and then slid on the court with their postseasons ending in the round of 64 in 2018 and the round of 32 in 2019.

After the season was stopped in 2020 due to the pandemic, Georgia marched all the way to the NCAA quarterfinals this past season.

A pair of freshmen will be added to the mix as well in Thomas Paulsell from Seattle and Miguel Perez Peña from Spain.

“I’m so fired up with the group of guys that we’ve got,” Diaz said. “My goal is to win a national championship.”