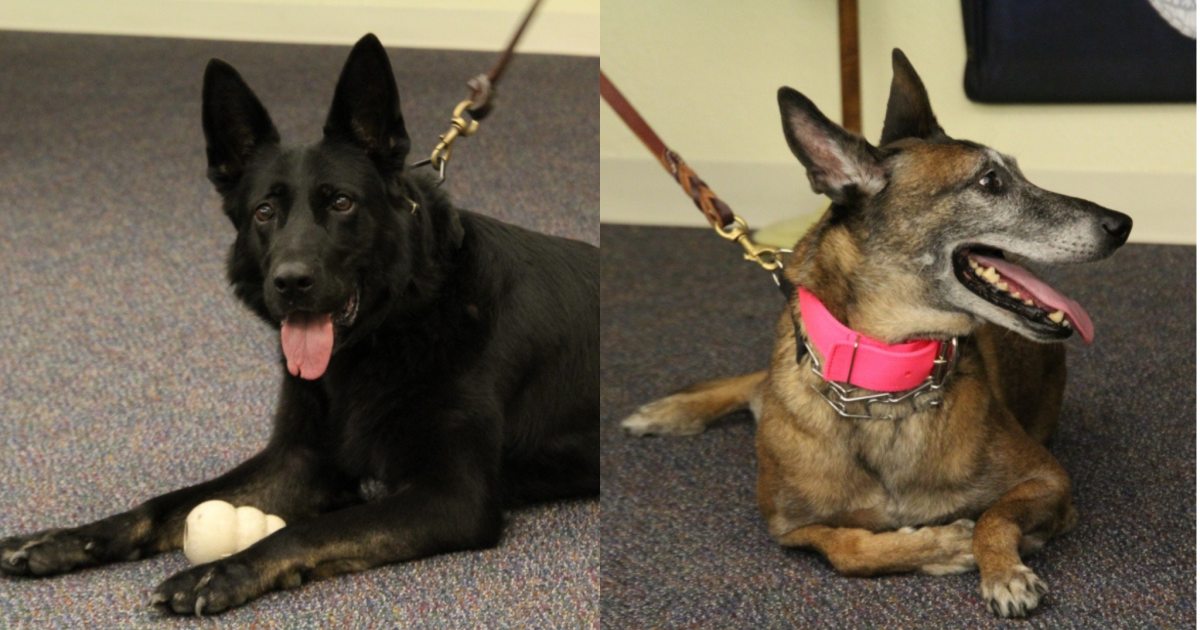 CORPUS CHRISTI, Texas — Meet K9 Tanja and K9 Quina, who are enjoying their retirement from the Corpus Christi Police Force.

Born on Sep 2011 in the Netherlands, Tanja was purchased by the Corpus Christi Police Department’s Crime Control District in March of 2014.

Since then, she has worked with the CCPD Narcotics Division with her handler Sen. Officer Chris Lynch.

Her work has not gone unnoticed. Tanja received an award from the U.S. Postmaster General of the Southern District for helping thwart the shipment of high-grade Marijuana and THC-infused products via the mail in 2018. Tanja is responsible for the seizure of $700,000 and over $5 million worth of illegal narcotics.

Due to an illness, Tanja was retired in 2019 and is currently enjoying her retirement with Sen. Officer Chris Lynch and his wife Melissa Lynch.

K9 Quina joined the force in May of 2015 as a Single-Purpose Narcotics Detection K9.

She has quite the nose on her. While under her handler, Senior Officer Sean Orsak competed at the National Narcotic Detector Dog Association Nationals and placed in the top 15 on three different occasions, with her top finish being 3rd place in the team competition.

She once assisted the Drug Enforcement Agency in detecting $280,000, which is her largest, single-day currency detection.

When Senior Officer Orsak retired, Quina was switched over to Senior Officer Kyle Simmons. Under his handling, Quina assisted the United States Marshals and the CCPD Gang unit with tracking down the hat and loaded handgun of a convicted felon that had tried to ditch the evidence and had numerous warrants for his arrest.

Quina has a soft spot for the youth. According to police, she offered a bridging tool between the local force and the local youth by participating in numerous presentations for our local youth during career days and Red Ribbon week campaigns.