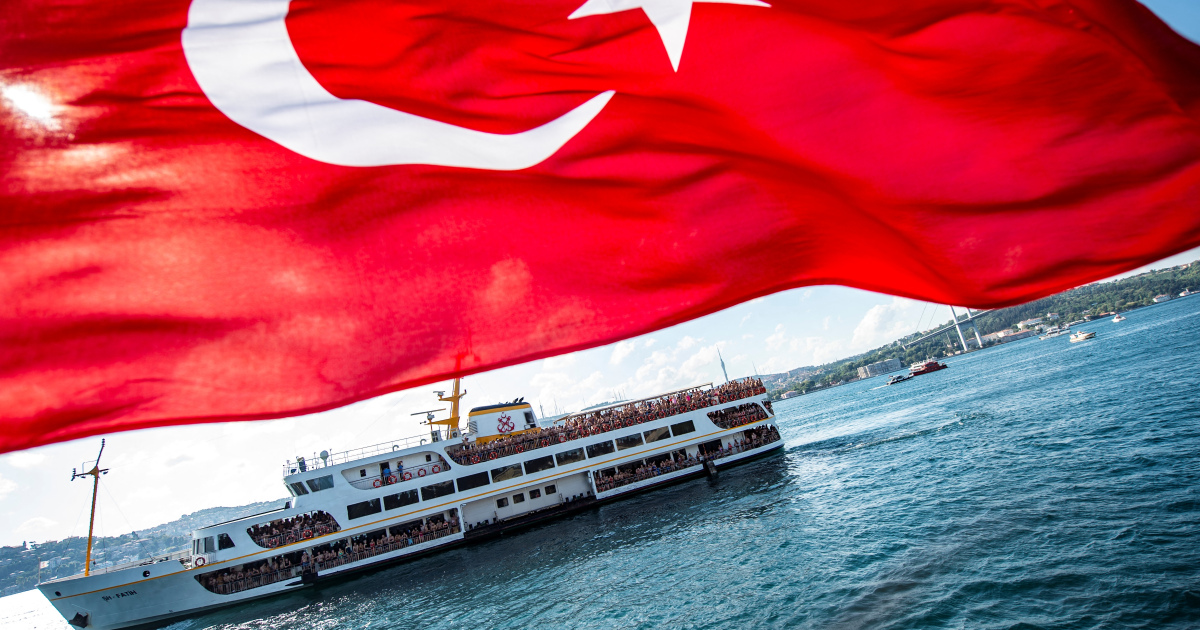 Top Turkish officials on Sunday lashed out at an open letter signed by more than 100 retired admirals warning about a possible threat to a treaty governing the use of Turkey’s key waterways.

Ankara’s approval last month of plans to develop a shipping canal in Istanbul comparable to the Panama or Suez canals has opened up debate about the 1936 Montreux Convention.

Kanal Istanbul (Istanbul Canal) is the most ambitious of what President Recep Tayyip Erdogan terms his “crazy projects”, which have seen him transform Turkey’s infrastructure with new airports, bridges, roads and tunnels during his 18 years in power.

Turkish officials argue that the new canal is vital to take the pressure off Istanbul’s Bosphorus Strait, a key route for world trade that saw more than 38,000 vessels pass through last year.

The waterway between Europe and Asia is clogged with maritime traffic and has seen several shipping accidents in recent years.

But opponents say that, as well as a highly detrimental environmental effect foreseen by some experts, the new canal venture could also undermine the Montreux accord.

The convention guarantees the free passage through the Bosphorus and Dardanelles straits of civilian vessels in times of both peace and war. It also regulates the use of the straits by military vessels from non-Black Sea states.

The new canal would allow ships to transit between the Mediterranean and the Black Sea without passing through part of the straits that are covered by the treaty.

In their letter on Saturday, 104 retired admirals said it was “worrying” to open the Montreux treaty up to debate, calling it an agreement that “best protects Turkish interests”.

“We are of the opinion to refrain from any kind of rhetoric or action that could make the Montreux Convention … a matter of controversy,” they said.

The letter drew a strong riposte from top government officials, while prosecutors in Ankara have also launched an investigation.

“Not only those who signed but also those who encourage them will give an account before justice,” Erdogan’s top media aide Fahrettin Altun said on Twitter, referring to the probe.

Erdogan is expected to address the issue at a meeting at 12:00 GMT on Monday, the presidency said.

“They should know that our esteemed nation and its representatives will never allow this mentality,” he tweeted.

The Turkish military, which has long seen itself as the guarantor of the country’s secular constitution, staged three coups between 1960 and 1980.

Erdogan’s government also survived an attempted coup in July 2016 which it blamed on followers of US-based religious leader Fethullah Gulen.

The letter is seen as the most significant military intervention in politics since 2016.

The defence ministry said the release of such a memorandum “serves no purpose other than undermining our democracy, negatively influencing the morale and motivation of the Turkish Armed Forces personnel, and to please our enemies”, in a statement.

“We are fully confident that the independent Turkish judiciary will do what is necessary,” the ministry said.

“Knowing and fully aware of the gains and losses under international agreements, the Turkish Armed Forces cannot be instrumentalised to serve the ambitions, greed and personal goals of individuals who have no official position or responsibilities.”

The proposed $9.8bn Istanbul Canal would run to the west of the Bosphorus along a 45km (28-mile) route.

Istanbul Mayor Ekrem Imamoglu of the opposition Republican People’s Party party is one of the strongest opponents of the canal project on financial and environmental grounds.

In November, the interior ministry launched a probe into the mayor over his opposition to the canal.

The investigation by the ministry’s property inspectorate is focused on posters containing the phrases, “Either Canal or Istanbul” and “Who needs Canal Istanbul?”

“Looking at supply chains, we have realised from the incident in the Suez Canal closure that having an extra passage could help global shipping a lot. The project is going to cost a lot but it will help the traffic passing through the Bosphorus which is a very busy artery,” Karamperidis said.

He said that the new canal may also ease the environmental footprint in the strait.

“But also, at the same time, a lot of people are saying that this kind of new canal is going to create a lot of environmental damage in the area as it is going to pass through some lakes that are protected,” he said.

“It’s not a black and white answer here, it’s a matter of what politicians want to do.”