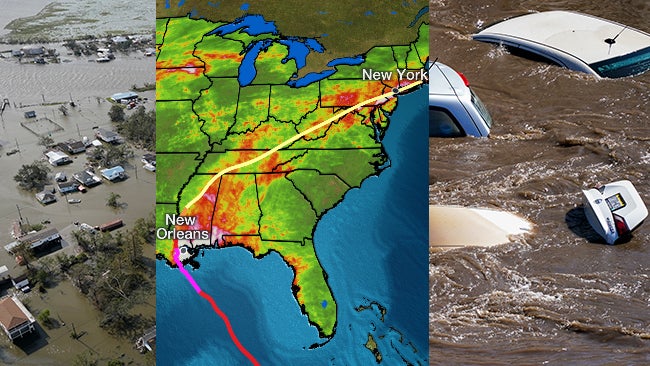 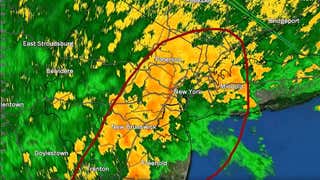 Hurricane Ida’s deadly and destructive siege of flooding from Louisiana to the Northeast virtually guarantees the retirement of that name from future use.

Atlantic tropical storm and hurricane name lists repeat every six years unless a storm is so severe that the name is retired from future lists. This avoids any confusion or insensitivity over the use of, say, Harvey, Katrina, Maria or Sandy to describe another future storm.

Safe to say, Ida will never be used for a future Atlantic named storm after what we’ve just witnessed.

First, Ida pummeled southeast Louisiana with storm surge possibly over 10 feet in some areas and up to 16 inches of rain. Several Louisiana towns were inundated, including Grand Isle, Jean Lafitte, Braithwaite, LaPlace and areas near the lakeshore in New Orleans.

(IMAGES: Before and After Ida in Louisiana)

Ida produced wind gusts over 100 mph, including a 172 mph gust on a ship in Port Fourchon that was among the nation’s strongest measured wind gusts from a hurricane. Gusts from 90 to 100 mph hammered the New Orleans metro area.

Ida was one of only five Category 4 landfalls on record in Louisiana. Its estimated winds at landfall – 150 mph – matched those from recently-retired Hurricane Laura in 2020.

The punch Ida gave the northern Gulf Coast, alone, might have been enough to merit retiring the name.

But Ida was about to put the exclamation point on that in the Northeast.

Despite being designated a tropical depression, Ida’s circulation combined with a previously-stalled front to wring out prolific rain in the Mid-Atlantic and Northeast three days after its Louisiana landfall.

Rain fell at just over 3 inches per hour at New York City’s Central Park, an all-time record dating to 1869. Newark, New Jersey, had its wettest single day in 90 years (8.41 inches).

(MORE: The Most Shocking Things We Saw in Ida’s Historic Northeast Rainfall)

As of the time this article was published, death tolls in both the Northeast and northern Gulf Coast were still to be determined, as crews worked to get into flooded areas.

A number of New York City residents apparently died in flooded basements and hundreds were rescued not only in the NYC Tri-State, but also in Wilmington, Delaware, among other locations.

Runways at Newark-Liberty and Teterboro Airports in northern New Jersey were flooded.

It wasn’t just flooding, either.

The Mullica Hill, New Jersey, tornado was the first to be rated at least F/EF3 in the state since Oct. 18, 1990, according to NOAA’s database.

Tornadoes that strong are particularly rare in tropical cyclones and their remnants.

According to research by Roger Edwards of NOAA’s Storm Prediction Center, only 3 of 1,539 tropical cyclone-spawned tornadoes from 1995-2019 were rated F/EF3.

While it’s too soon for more precise damage figures, Ida appeared likely to be directly responsible for at least double-digit billion-dollar damage and losses according to Steve Bowen, meteorologist at Aon. And that estimate was made before the Northeast flood.

Ida could even crack the top 10 list of America’s costliest hurricanes by the time the figures are in.

This combination of damage and deaths should make retiring “Ida” a straightforward decision when a committee of the World Meteorological Organization meets in March to consider name retirements from the 2021 hurricane season.

Last March, this WMO committee voted to retire Laura, Dorian, and the entire Greek alphabet from future use as tropical storm or hurricane names.

Names beginning with the letter “I” have been retired most often, since these ninth named storms of a season tend to form in the most active months of hurricane seasons, when conditions are most favorable for stronger hurricanes that could have significant impact.

“Ida” replaced “Isabel” in the name list after that hurricane ravaged the Mid-Atlantic, including the Washington, D.C. metro area, in 2003 and was subsequently retired.

The Weather Company’s primary journalistic mission is to report on breaking weather news, the environment and the importance of science to our lives. This story does not necessarily represent the position of our parent company, IBM.