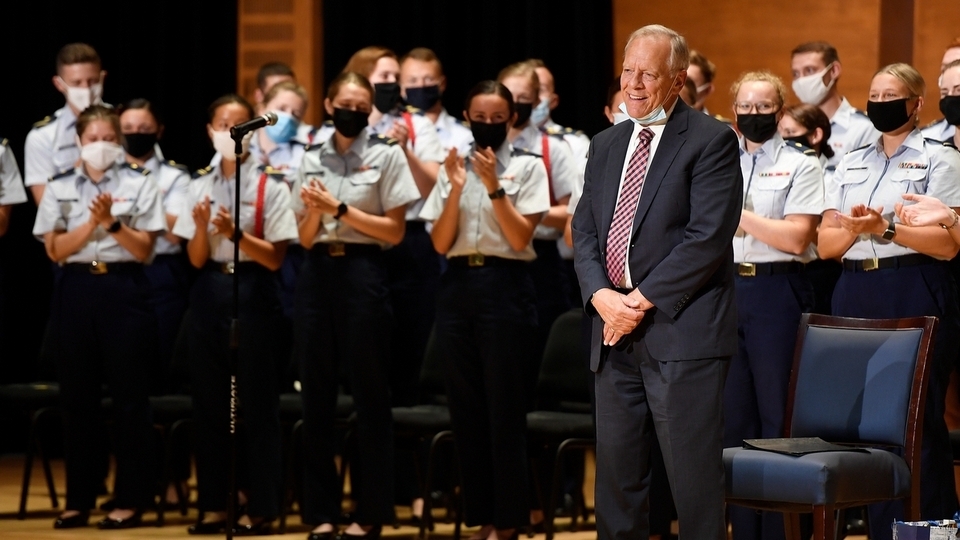 Newton, the longtime director of choral music at the U.S. Coast Guard Academy, served 50 years at the academy, first assigned as an enlisted musician in 1969.

He left the academy briefly to complete his graduate work in education and music composition, returning in 1975 as assistant to the director of cadet vocal music and was promoted to director in 1987, a position he held ever since.

His retirement ceremony included tributes to his work supporting cadets through his work with the Glee Club, the musical theater program and the cadet chapel.

To conclude the ceremony Newton, conducted the Glee Club one final time on the Leamy stage.

Following the ceremony, Newton and his family were lured to the plaza outside the hall on the premise of a group photo when several former club members stepped out to perform a short medley to serenade him.