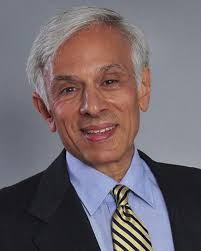 One of the most important sets of financial choices people make in their lives is planning for their retirement.

The quality of their decisions about how much to save and how to invest will largely determine whether they can realize the retirement lifestyle they want. While some people save more than they will need, most save too little and face a dramatic drop in their standard of living. Even across groups with similar lifetime earnings, there are widespread differences in accumulated savings and, by extension, retirement security.

It is not that people do not want to make good decisions. It is quite the opposite. Research shows that most people recognize the need to save and intend to begin an ambitious saving and investing program “soon”. However, follow-up surveys months and even years later indicate a very small percentage actually take action.

In a world where individuals are increasingly responsible for their retirement security, it is important to understand what is preventing them from making smart choices.

Traditional economic theory envisions people solving problems in an informed, rational manner, calculating and balancing how much they need to save for the future without sacrificing too much today. Furthermore, it assumes that they exercise the self-control necessary to stick with the plan for decades until they leave the workforce.

On the other hand, research in the field of behavioral economics, which incorporates insights from psychology, argues that logic and rationality do not accurately explain human decision-making. Real-world experience tells us that actual behavior deviates considerably from traditional theory.

Psychologists Daniel Kahneman of Princeton and his longtime collaborator, the late Amos Tversky of Stanford, are largely responsible for pioneering the field of behavioral economics. Kahneman won the Nobel Prize in Economics in 2002 for his contribution to this area of study. Kahneman’s insights included the role of psychological factors in human decision-making. His central message was that, left to their own devices, people have a natural tendency to rely heavily on emotions, biases and intuition when making decisions, leading to “systematic and predictable errors.”

Kahneman, Tversky and other scholars who built on their work have concluded that to make smarter choices, individuals need to be aware of these psychological barriers and construct workarounds.

The retirement saving problem is different and more challenging than most other personal finance decisions. First, it requires a certain and immediate sacrifice (restricted spending) in exchange for an uncertain payoff (we may die before we retire) decades into the future. Second, there is no immediate penalty for making a poor decision and opting for immediate gratification of spending the money now instead of saving and investing for retirement.

There are several powerful psychological tendencies to which humans can fall prey, including complexity. Given the uncertainties surrounding future income, investment returns, spending needs and lifespans, correctly computing how much to save is not easy, and few people have the skills to do it.

Because households have different income levels and spending patterns, applying “rules of thumb” to eliminate the need for calculations can lead to substantial shortfalls or excesses in asset balances. In other words, a savings rate that works well “on average” will be too low for some and too high for others.

While the consequences of not saving enough and having a materially reduced retirement lifestyle are greater than those of saving too much, being unnecessarily frugal while working is not desirable either.

In our next article, we’ll talk about some of the obstacles that can get in the way of securing a comfortable retirement.

This article is for general information purposes only and is not intended to provide specific advice on individual financial, tax, or legal matters. Please consult the appropriate professional concerning your specific situation before making any decisions.

John Spoto is the founder of Sentry Financial Planning in Andover and Danvers. For more information, call 978-475-2533 or visit www.sentryfinancialplanning.com.