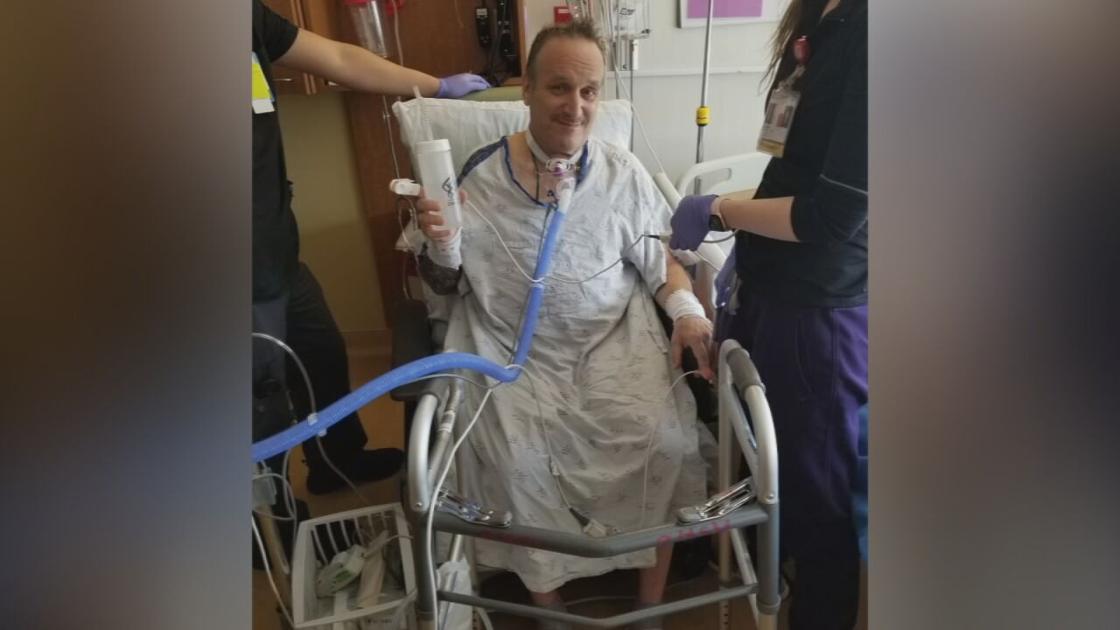 PORTLAND, OR (KPTV) – A retired Portland Public Schools teacher is on to the next phase of his COVID-19 recovery.

Rick Barde is starting rehab on Monday after spending nearly two months in the hospital with severe symptoms. As Barde builds back his physical strength, he’s learning just how big his support team from Bridlemile Elementary School is.

But Barde isn’t home yet, but he is here.

“In all reality, I shouldn’t be here,” Barde said. “If my wife hadn’t found me at that time, i’d be gone. Had that ECMO machine not been available, i’d be gone.”

The retired elementary school teacher spent his 60th birthday and his first wedding anniversary in the hospital most of the two-month stint. He says he can’t remember.

Six weeks in the ICU, two weeks on an advanced life support machine called ECMO-he was lucky OHSU had one handy.

“I’m still on oxygen, and I probably will go home for an extended period of time with oxygen,” Barde said. “My lungs really took a hit.”

All of this after coming down with COVID-19 back in mid-January. His wife, Juli, did too, but her symptoms didn’t progress beyond a headache and fatigue.

While Barde fought, his past students wrote.

Note after a note from Bridlemile Elementary making their way to Mr. Barde’s hospital room walls.

After 30 years in the classroom, what a time for his students to say you did. And with more recovery ahead of him, barde wants to impart another teaching moment.

“Covid is real, so very real,” he said. “Wear those masks, wash those hands, social distance.

It is also important to note Barde told FOX 12 he is not a smoker and doesn’t have any underlying conditions.

The Bridlemile Community started a GoFundMe page to support Barde and his wife.