Steve Asplund to retire after more than 42 year distinguished career 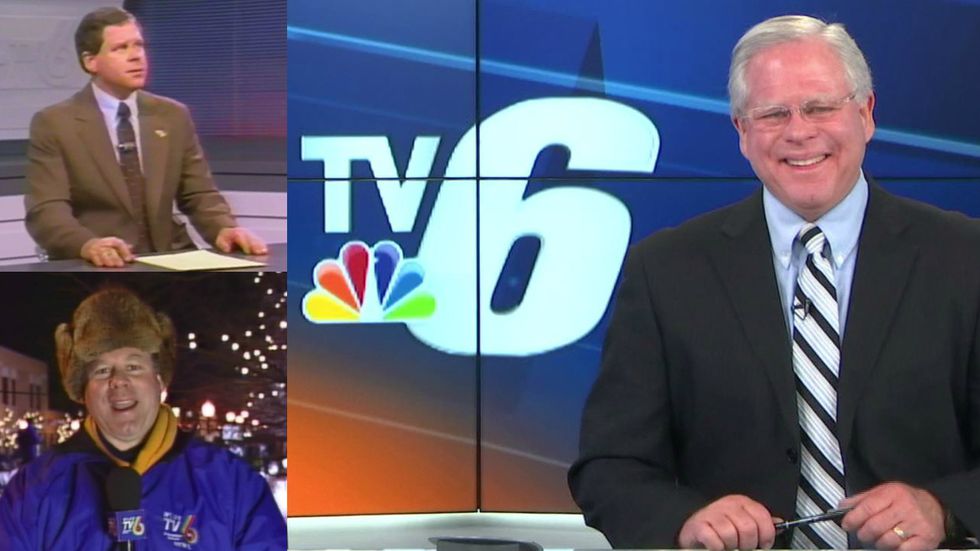 NEGAUNEE, Mich. (WLUC) – Veteran TV6 News Anchor Steve Asplund has announced that he will retire in February 2022 after more than 42 years at WLUC-TV6.

“Steve has served this station and this community for over 40 years,” Rhoades said. “No one is more trusted with news and information in our market than Steve Asplund. He is the reason why our news department has been extremely successful for so many years. His career has spanned four decades and is Hall of Fame worthy! Steve is TV6 and Upper Michigan!”

Asplund is a Brookfield, Wisconsin native (a suburb of Milwaukee) and arrived at TV6 on June 18, 1979. He has worn many hats in the newsroom including videographer; assignment editor; reporter; producer; news, sports and weather anchor; Assistant News Director and News Director.

He started as a reporter. Then co-anchored the 6:00 p.m. and 11:00 p.m. newscasts, which at that time also involved doing the weather using two static maps. One was the U.P. the other the United States. Asplund co-anchored the newscast with Brian Yaroh. He did the weather segment and then began producing newscasts with Carol Anderson anchoring. Then, he anchored the Morning News cut-ins during the network news program.

In the early 1980s, Asplund started the TV6 Assignment Desk which has evolved into the heart of the newsroom. He became the Assignment Editor and was responsible for coordinating the gathering of the daily news by reporters and producers. In the fall of 1985, TV6 transitioned to co-anchoring the TV6 Early News and he returned to the anchor desk. At this time, he would also solo anchor the TV6 Late News.

His work at the station also included numerous co-hosting assignments which included the March of Dimes Telethon, Easter Seals Telethon, Muscular Dystrophy Telethon and the annual TV6 Canathon. Asplund and the TV6 Newsroom have been honored with numerous awards from the Michigan Associated Press and the Michigan Association of Broadcasters over the years. His awards include Best Newscast, Best Anchor, and Best Feature reporter. He was a board member of the Michigan Associated Press for more than 20 years, and a member of the Radio Television Digital News Association (RTDNA).

Some of Asplund’s career highlights include reporting on the Air Force/Strategic Air Command at the former K.I. Sawyer Air Force Base. He was able to fly on KC-135s, and B-52s, plus fly with the Thunderbirds (Air Force). Asplund also enjoyed doing stories on the ore boats by going along on the ore carrier, Indiana Harbor, from Marquette to Essexville. But Asplund’s highlights have been the people he met on stories he covered. Sharing their experiences and time is priceless.

To allow a smooth transition in leadership, TV6 GM Rhoades will be making some personnel changes in the TV6 Newsroom.

“Steve will move into a new role on April 26 as Senior Content Editor and Anchor/Producer. His passion is anchoring and producing, and we want to make his final year with the station a stress-free and enjoyable year. He will also be helping our new news director transition into the role. With the retirement of Greg Trick in May, we need to make sure we give our new leadership enough time to fill all the roles we need to fill over the next year.”

Asplund will continue his anchoring duties through February 2022.

Asplund’s retirement plans include relaxing, traveling, volunteering and whatever comes his way. He has been an active member of the Negaunee City Volunteer Fire Department for 32 years and the department’s secretary for 25 years. Asplund has been happily married to his “incredibly forgiving and understanding” wife Anne for nearly 39 years, they have two children, Erin, and John, and one granddaughter, Jackie.

Asplund says he continues to have fun at his job even after 42 years.

“I’ve always said I’d be working at TV6 until it wasn’t fun anymore. Unfortunately, I’m retiring, but I’m still having fun,” Asplund said. “However, I’ve realized there’s more to life and it’s my time to seek it out. You know working for a living is hard. But working at TV6 has been an adventure. And through all the years, it’s all because of the people. You’re all very kind.”