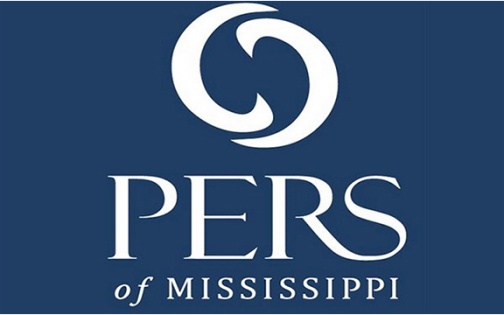 A recently released report by the American Legislative Exchange Council (ALEC) ranked Mississippi’s defined benefit pension system last or near last when it came to issues with its unfunded liabilities.

According to the report titled “Unaccountable and Unaffordable,” the Public Employees’ Retirement System (PERS) of Mississippi is ranked last in terms of its unfunded liabilities as a share of its gross state product. This plan serves most state, county and city employees statewide.

Mississippi was near the bottom when it comes to adjusted funding ratio that the report authors calculated using the risk-free unfunded liabilities. In its annual report, PERS calculates its rate at 59 percent. This measure of a pension plan, which is the ratio of assets to liabilities, is an important measure for a plan’s health. ALEC rates Mississippi at 45th, with a funding ratio of 28.13 percent.

Report author and ALEC’s chief economist and executive vice president of policy Jonathan Williams said that while the overall numbers aren’t as bad as California or Illinois in terms of dollar amounts, the per-capita and other measures should be of concern to Mississippi policymakers.

The report uses what it calls a risk-free discount rate, expressed as a percentage, to determine the value of liabilities that these funds must pay in the coming decades. This discount rate is based on the yields of U.S. Treasury Bonds (2.34 percent in 2020) and a fixed discount rate of 4.5 percent that is considerably lower than the discount rate expectations of most pension funds. PERS uses a 7.75 percent expected rate of return for its estimates.

“It is so hard to make up,” Williams said. “That’s the thing people don’t realize is like, Okay, you’re behind, you just hit your assumed rate of return, that’s great but you didn’t catch up at all and you haven’t funded your liabilities. So it gets to be pretty fuzzy math really quickly, but for whatever reason, the plans have been able to say with a straight face that they don’t have any problem in many cases.”

Using a lower figure such as Treasury bond yields provides a more realistic forward look at the true state of pensions nationwide rather than the rosier view from using inflated rate of return estimates and avoids the “funny business” Williams said come with using an overly optimistic rate of return.

The report ranked Mississippi 25th nationally, behind Alabama and above Nevada, South Carolina and Louisiana when it comes to those risk-free unfunded liabilities which add up to $72 billion. The worst was California, with $894 billion in risk-free liabilities.

The report ranked Mississippi as the worst nationally in terms of those liabilities as a percent of the gross state product at 61.41 percent.

One of the problems cited by the report with pensions nationwide is that pension funds often use historical trends to predict future performance of assets and liabilities.

The combined unfunded pension liabilities nationwide exceed $5.8 trillion or $17,748 for every man, woman and child in the United States. For those that can’t fathom this amount, if $5.8 trillion were stacked into dollar bills, the stack would reach 339,330 miles into space. The distance between the Earth and its moon is 238,900 miles.

Williams said that one way that lawmakers could be convinced to change the system is if be changed to a more-401K type system that employees can contribute to and even take with them if they receive employment outside the public sector. This can reduce the amount of unfunded liabilities.

In Mississippi, the PERS board and lawmakers have already approved several employer (taxpayer) contribution increases, but employees haven’t had their contribution amount increased since then-governer Haley Barbour was in office.