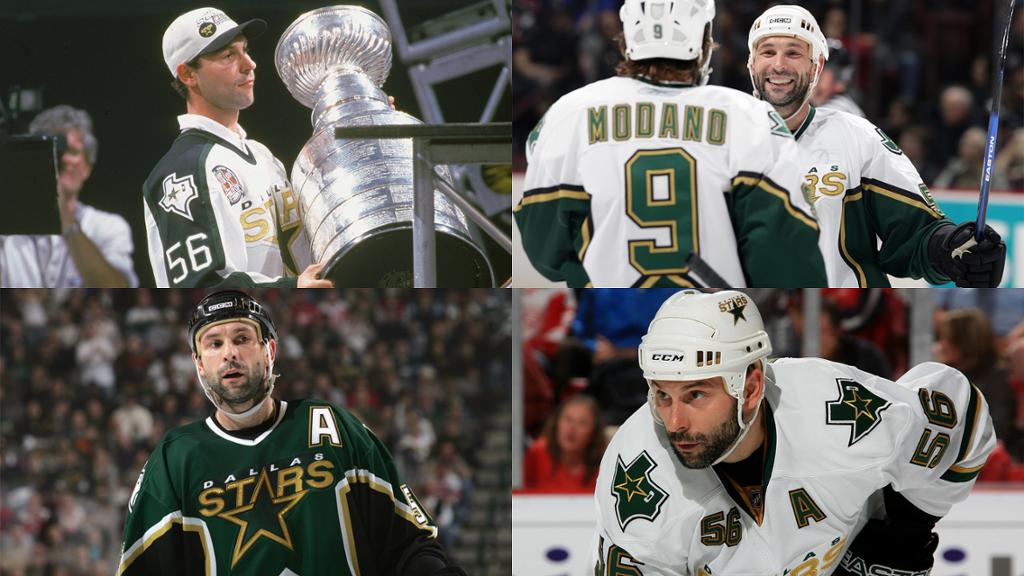 FRISCO, Texas — Dallas Stars President and CEO Brad Alberts announced today that the club will retire the number 56 in honor of Hockey Hall of Fame Honoured Member and former Stars defenseman Sergei Zubov on Friday, Jan. 28, 2022 against the Washington Capitals.

The team previously announced on Nov. 11, 2019 that Zubov’s number 56 would be retired during the 2020-21 NHL season, but the jersey retirement ceremony was postponed due to the COVID-19 pandemic. He will become the sixth player in franchise history to have his number retired, as his number 56 will join Neal Broten (7), Bill Goldsworthy (8), Mike Modano (9), Bill Masterton (19) and Jere Lehtinen (26) in the rafters of American Airlines Center.

Guaranteed access to the Zubov Jersey Retirement Night is available now with our Victory Club Memberships and Half Memberships at DallasStars.com/Victory. Ten Game Plans will be on-sale starting next week and single game tickets will go on-sale at a later date to be announced.

To be included in ticket pre-sales and get the most up to date information sign up for Dallas Stars Insider at DallasStars.com/Insider.

Over his career, Zubov made three appearances in the NHL All-Star Game (1998, 1999, 2000) and was selected to the 2005-06 NHL Second All-Star Team. He played on the international stage on numerous occasions, including winning a gold medal as a member of the Unified Team at the 1992 Winter Olympics in Albertville, France.

The 6-foot-1, 198-pound defenseman was originally selected by the New York Rangers in the fifth round (85th overall) of the 1990 NHL Draft. He was acquired by Dallas via trade from the Pittsburgh Penguins in exchange for defenseman Kevin Hatcher on June 22, 1996.