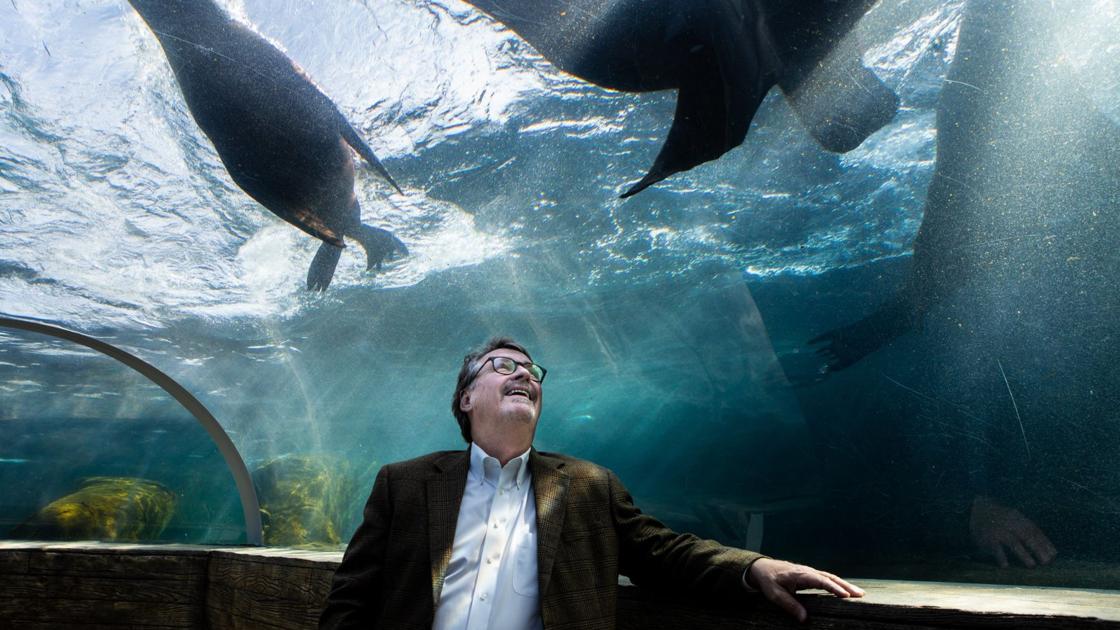 When Bonner joined the zoo, people talked about filling the large shoes of president Charlie Hoessle, who worked there nearly 40 years. Bonner also credits previous beloved leaders like Marlin Perkins. “To the extent that I’ve been successful here and really, we have been successful here, it’s because we’re standing on the shoulders of giants.”

Bonner was born in Detroit, graduated from high school in O’Fallon, Missouri, and visited the zoo as a kid. He remembers Phil the gorilla and the elephant show, and remembers his educator father, also named Phil, telling his son the zoo named the gorilla after him. “I was like 27 when I realized it wasn’t true,” Bonner said, laughing.

Bonner was a Fulbright Scholar who received a doctorate at Columbia University, where he studied how plants, people and animals interact, and then taught at the University of Michigan. He developed exhibits and education programs at the St. Louis Science Center for 10 years before entering the zoo world as the director of the Indianapolis Zoo. There, he was credited with transforming it from a “kids zoo” to a serious research center.

He and his wife, Melody Noel, live in Creve Coeur, but would like to downsize to a smaller apartment or condo and are building a house in the Florida panhandle, where they hope to spend more time. It’s in a neighborhood with bears, four “great” species of venomous snakes, deer and some predatory cats, he says with enthusiasm.