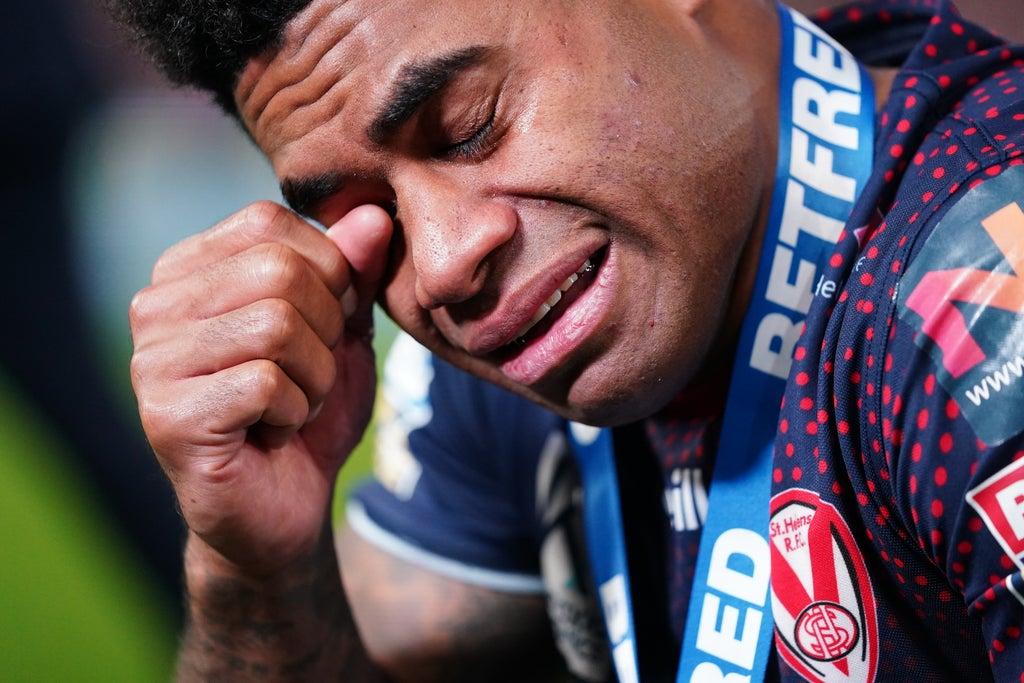 Kevin Naiqama has confirmed he will retire from rugby league after he scored two tries to help St Helens beat Catalans Dragons 12-10 in the BetfredSuper League Grand Final at Old Trafford.

In a game which swung in favour of both sides throughout, Saints clinched their third consecutive Super League trophy.

Daniel Maloney, who also played his last game before retiring, edged the Dragons in front with a penalty in the eighth minutes before Naiqama scored the first try of the game and helped give St Helens the lead heading into the interval.

The Catalans hit the front again straight after St Helens’ Tommy Makinson was sin-binned. Mike McMeeken went over the whitewash but the Saints clinched victory with a Lachlan Coote conversion after Naiqama scored for the second time of the night.

After the game, Fijian centre Naiqama was asked if he had a change of heart following the victory and said: “I haven’t changed my mind. I’m definitely going to miss this team, the staff, the players, the fans, I cannot speak highly enough of the club.

“They have done more for me than I have done for them, it is definitely the right time for me to go home.

“All I wanted to do was do my job and do what we had to do to win, at the end of the day we have got the result and its something that is been building for three years, we’re just going to enjoy this and reminisce.

“This is my last game as a professional player, you talk about a fairy-tale ending, you could not have written a better script.

“I think it’s time for retirement, but just with Covid and other factors outside of rugby it has led to my decision to go back home.”

The 32-year-old also won the Harry Sunderland Trophy after being named player of the match.

“It’s an honour to receive it from Rob Burrow himself, he is a true legend of the game who won so much and I was so grateful to meet him and, being the first Fijian player to win the award, I am glad it is something I did,” said Naiqama.

St Helens head coach Kristian Woolf said: “It was a nerve-racking last 10 minutes, we put ourselves in a great position, we gave them the ball back when we didn’t have to.

“Our defence there to finish that game when there’s all that fatigue, I think we are the only team in the competition that can do that.

“It was a great final, that in a normal game you get sin bins, I thought (referee) Liam (Moore) did a good job, I did not agree with every decision but I thought things went both ways.”

Catalans boss Steve McNamara said: “Hugely disappointed we just lost a Grand final by two points, we left everything out there.

“Two tries to one, typical we just ended up on the wrong side of it, I could not have asked anymore from my players.”

Early in the game, Sione Mata’utia escaped a red card after he appeared to punch James Maloney in the opening stages of the game.

McNamara said: “It’s a sending-off isn’t it? With that sort of incident they generally go back and have a look at it.

“I think there’s a lot of bits and pieces over the game but its a big call, we’ve seen players sent off in Grand Finals before.

“Ben Garcia sat next to me broke his hand in the game, Sam Tomkins was a doubt, I expected the physio to come into the dressing room and say he wasn’t ready for tonight.

“He had a grade-two medial ligament injury, he was in a lot of pain, we flew him to England, played with injections tonight, which is a danger for him because with the injection it could have shut his leg down.

“We’ve come into our maiden Grand Final and we’ve been beaten by one of the greats in St Helens… you have to say that now after winning three Grand Finals in a row.”