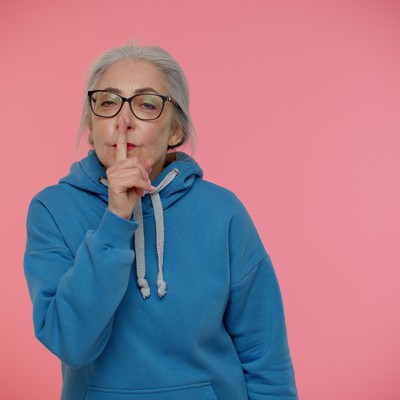 Over the years, I’ve tried to set the record straight by separating myths from facts regarding federal retirement benefits. But even though many federal employees have not yet returned to their physical offices where they can gather around the water cooler, these myths continue to spread.

So my apologies, but I’m here this week to debunk three of them I’ve heard lately regarding the Thrift Savings Plan early withdrawal penalty, retiree cost-of-living allowances and the impact of annual pay adjustments on the value of retirement benefits.

What’s true: The TSP does provide an exception to its 10% early withdrawal penalty for payments made after you separate from service during or after the year you reach age 55 (or the year you reach age 50 if you are a public safety employee). But employees who separate prior to the year they turn 55 (regardless of whether they retire or resign) and law enforcement officers who apply for an immediate retirement benefit before the year they turn 50 and have 25 years of service with the completion of 25 years of covered law enforcement service, must be careful to avoid the early withdrawal penalty. In these situations, you will not be exempt from the early withdrawal tax penalty until you reach age 59 ½. (There are some other exceptions to this penalty.)

People are saying: Those who retire in 2021 will receive the 2021 COLA in their January 2022 retirement benefit payment.

What’s true: The amount of an annuitant’s first COLA is prorated based on the number of months from the annuity commencement date to the effective date of the first COLA after that date. Those who are covered under the Federal Employees Retirement System who have been retired at least a year will receive the full COLA. The 2021 COLA is projected to be bigger than 5%, and FERS retirees will receive 1% less than the full adjustment.

FERS COLAs generally do not apply to annuitants who are under age 62 as of Dec. 1, 2020. For survivor annuitants, the COLA applies to both the basic survivor annuity and supplementary annuity. Civil Service Retirement System COLAs apply to all annuities, regardless of the age of the annuitant.

Retirees receive one-twelfth of the applicable cost-of-living increase for each month that they are receiving an annuity before Dec. 1, 2021, not to exceed 12 months. To receive the full 2022 COLA increase, an annuitant’s retirement date must be no later than Dec. 31 of the previous year.

COLAs are effective on Dec. 1 of the year in which a retiree becomes eligible.

People are saying: For those who retire after the January 2022 annual General Schedule pay adjustment takes effect, their high-three average salary used to compute their CSRS or FERS retirement benefit will reflect this new rate as one of the three years.

What’s true: The high-three average pay is the largest annual rate resulting from averaging an employee’s rates of basic pay in effect over any period of three consecutive years of creditable civilian service, with each rate weighted by the length of time it was in effect.

The high-three average salary rate is computed based on a daily average and can be more than three pay rates. For example, if you select Jan. 31, 2022 as your retirement date and your highest average is your final three years of basic pay, then your high three average would be computed with the 2022 pay increase only accounting for 29 days of the total three year period.

If you like myth busting, here are some earlier columns addressing additional misconceptions about federal retirement: