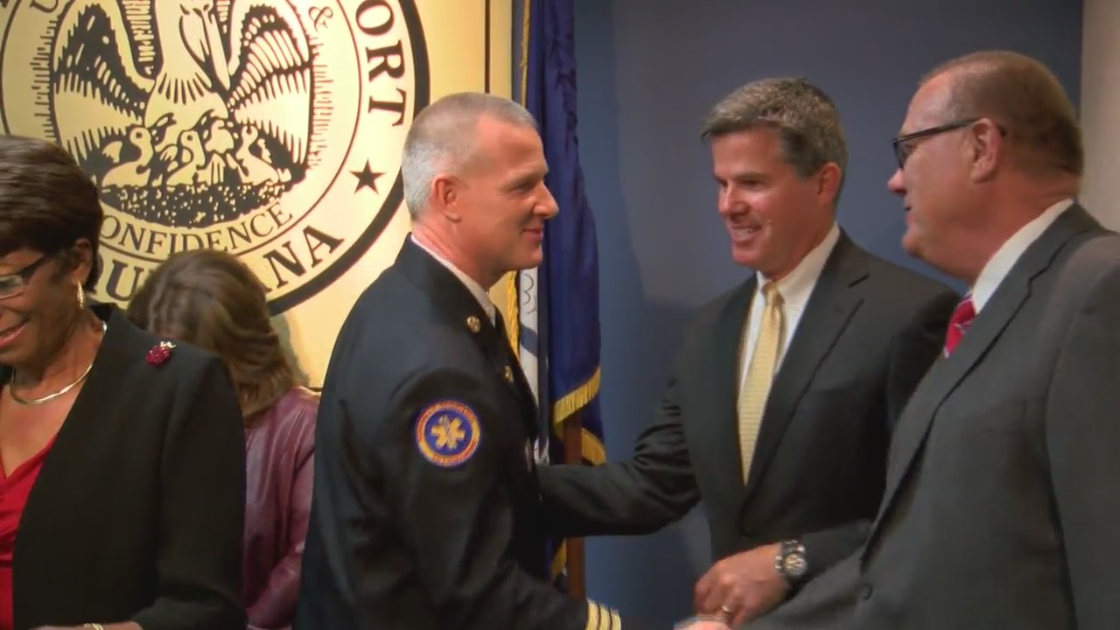 Chief Scott Wolverton announced Friday he will be retiring from the Shreveport Fire Department at the end of November.

“My decision to retire now is just that; my decision with nothing associated with it or connected to it,” Wolverton said in a memo to Thursday to all personnel in the city’s fire department.

“This career and bond made with all of you becomes a part of your heart and soul and it will always remain a part of me. I have prayed about this and I have no reservations in making this decision as I know God opens and close doors to begin new chapters in our lives.”

Wolverton says he’s enjoyed his 28-year career with the department and helping people in the city.

“It’s a really unique organization, unlike any other organization. All always have that bond with them. I’ll always be connected to the fire department. Always support them and be there for them in any way once I leave. The biggest thing is the camaraderie, the friendship, and the ability to provide for the needs of citizens and to be a part of providing that service.”

Wolverton says he is looking forward to spending more time with his family, which includes a wife, four young children, and three adult children.

Download the ArkLaTexHomepage app to keep up with the latest top stories, breaking news, weather, sports, and more!