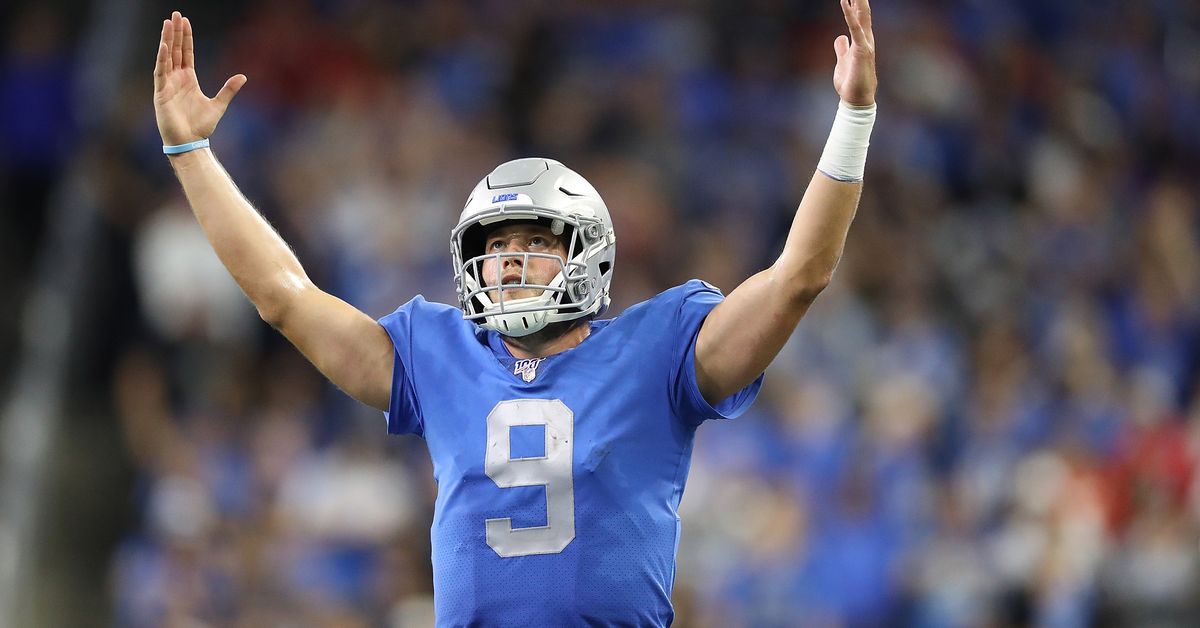 Matthew Stafford leaves behind a very interesting legacy as a Detroit Lion.

One of the top quarterbacks in franchise history, Stafford obliterated the record books in Detroit. He totaled 45,109 passing yards and 282 touchdown passes, a staggering 29,399 more yards and 164 more touchdowns than the next passer, Bobby Layne. Stafford certainly benefitted from a different era, a league where passing offenses have exploded, but he belongs among the upper echelon of Lions players.

But how high does will he rank?

The biggest knock on Stafford’s resume—one that will likely keep him out of the Hall of Fame, barring some late-career success with the Los Angeles Rams—is success only in the statistical realm. A career losing record (quarterback wins isn’t a stat, but people love referring to it) immediately paints Stafford in a poor light, despite inheriting a historically bad team around him. The lone Pro Bowl nod and no All-Pros leave him with almost no accolades. However, in an era featuring greats like Tom Brady, Peyton Manning, Drew Brees, Aaron Rodgers, and Russell Wilson—the latter three playing in the same conference as the Lions—it can be hard to stand out, especially with the aforementioned poor teams Stafford has played on.

Stafford has been a fairly consistent top ten quarterback in the NFL, but he has rarely had seasons where he played as a top five quarterback. Matt Ryan and Carson Wentz each garnered All-Pro nods thanks to incredible seasons, but those were their peaks, not their norm. Stafford never rose above the ranks, but he never fell too far either.

A player’s legacy is not just their on-field performance. Stafford has been an incredible icon in the Detroit community, and his final farewell to the city came in the form of an education center. Well respected as a leader and teammate, you would be hard-pressed to find players that speak negatively of him. Even Jalen Ramsey has been complimentary in his own way:

Jalen Ramsey on Matthew Stafford: “I think he’s straight. I don’t think he the best quarterback out there. But he do what he gotta do” https://t.co/Z8FnufrBpo via @freep

Stafford entering the Pro Football Hall of Fame would be a surprise. The Pride of the Lions, Detroit’s equivalent of a Ring of Honor, is a likely achievement for the quarterback. However, another honor Stafford could receive is to have his number 9 retired. Unlike the number 20 of Lem Barney, Billy Sims, and Barry Sanders, Stafford would have 9 all to himself.

Today’s Question of the Day is:

My answer: I do not think they will retire Stafford’s 9.

Retiring numbers in football is different than baseball, basketball, or hockey. Since the rosters are massive in comparison and positions have specific numbers, removing numbers from circulation is a rarity. Approximately two numbers have been retired every year in the NFL, a majority of which belonged to Hall of Fame players. With no positional number restrictions in the MLB, NBA, and NHL, numbers are retired more often. If Stafford were to get his number retired, he would have to follow the likes of Steve McNair (three Pro Bowls, one Second-Team All-Pro) or Donovan McNabb (six Pro Bowls) as non-Hall of Fame quarterbacks with retired digits.

Working against Stafford is also the Lions history. Stafford would be the only player without a First-Team All Pro to have his number retired by the Lions. Stafford does have the benefit of more seasons ahead of him, but you have to wonder how, or if, an All-Pro nod as a Ram would reflect on his Lions legacy. Meanwhile, multiple Hall of Famers for the Lions have yet to have their number retired. Calvin Johnson and Dick “Night Train” Lane both shared the number 81 during their times in Detroit, and that could be a fitting number to retire after Johnson’s recent induction.

Even if Stafford’s 9 isn’t retired, it is still an iconic number for the Detroit Lions. I hope it will be unofficially retired at least. Stafford has done a lot of great things for the Lions franchise and the city of Detroit.