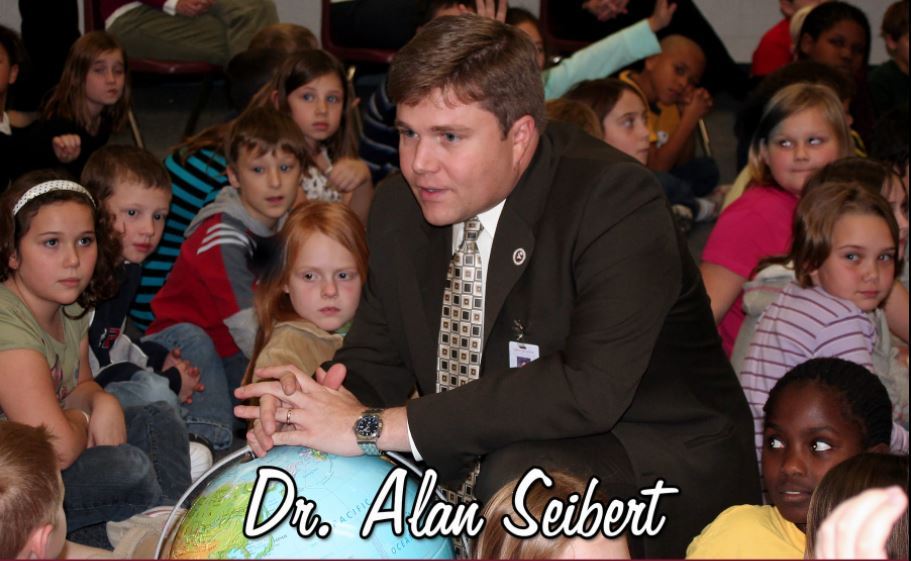 SALEM, Va. (WFXR) — After serving the children and families in the City of Salem for 30 years, School Division Superintendent Dr. Alan Seibert plans to retire on Sept. 30.

According to Salem City Schools, Seibert’s retirement request was accepted by the Salem School Board at its monthly meeting on Tuesday, Aug. 10.

“It would be impossible to appropriately thank all of the people who made my 30-year career in Salem City Schools possible,” said Seibert. “This community embraced a transplanted Yankee from New Jersey, nurtured him and gave him opportunities to lead in both the classroom and in administration. My family and I are eternally grateful for the trust that was placed in me for three decades.”

Seibert began his Salem journey as a college student in 1990, during which time he was a student teacher at Salem High School. After completing that graduation requirement and becoming the first man in his family to earn a college degree, the division hired Seibert to teach earth science straight out of Virginia Tech.

During the five years he taught at Salem High School, he also earned his master’s degree from Radford University, which enabled him to move into his first administrative role in 1996 as assistant principal at Andrew Lewis Middle School.

“At each step of my leadership journey, I was mentored and encouraged by colleagues, principals, division leaders and board members who supported innovation and were truly student-centered in their decision making,” Seibert said.

During the 1999-2000 school year, Seibert secured his doctorate degree from Virginia Tech and transitioned to Salem High School, where he spent five years as assistant principal. Then, in 2004, he was named the principal of South Salem Elementary.

In August 2006, Seibert was appointed to the school division’s top leadership post, replacing the retiring Wayne Tripp as superintendent.

“To serve in an organization that purposefully seeks to grow leaders and to have the opportunity to represent our great teachers and students along the way has been the ultimate honor,” Seibert said. “The Salem School Division is revered and envied around the state because the city council and the school board members have always worked together for the betterment of Salem and not for any individual gain or glory. It has been a great privilege to represent the city throughout the state and nationally.”

Seibert and his wife, Michele, have three sons, all of whom were born in Salem and attended from K-12 in the city’s schools. In fact, their youngest son is set to start his senior year of high school later this month.

“As my career unfolded and I was occasionally recruited for positions in larger districts, I never applied or interviewed for any of them,” Seibert said. “Michele and I put our own children first to ensure that all three could attend Salem schools and experience what it is like to be ‘Salem Born and Salem Bred.’”

Seibert, an Eagle Scout, was inspired to teach and lead through his many varied experiences in scouting.

“In scouting, you learn that in order to lead, you must be able to teach,” he said.

Schools officials say Seibert has steered the division through several peaks and valleys during his 15-year tenure, including the South Salem Elementary School construction project.

South Salem Elementary — the first new school built since Salem became an independent city in 1968 — was designed and constructed from the ground-up during the height of the great recession, but it still opened under budget and to rave reviews in 2012, according to Salem City Schools.

“Alan has been the driving force for excellence in our schools,” said David Preston, Chairman of the Salem School Board. “He totally restructured how we do things, and he always did so with a passion and a humble spirit. That combination is rare in any leader.”

Along with his leadership in Salem, Seibert has served in a variety of key positions with both Region VI and statewide superintendents, building relationships with legislators in Richmond and Washington, D.C. that allow Salem to be on the cutting edge of numerous instructional initiatives and practices.

“I am not retiring from work, and I have no plans to retire from a leadership role of some type in education,” said Seibert. “I am only 53-years-old, and I anticipate many more years of service to children and their families. I am not closing that book, rather I am just starting a new chapter.”

Get breaking news, weather, and sports delivered to your smartphone with the WFXR News app available on Apple and Android.