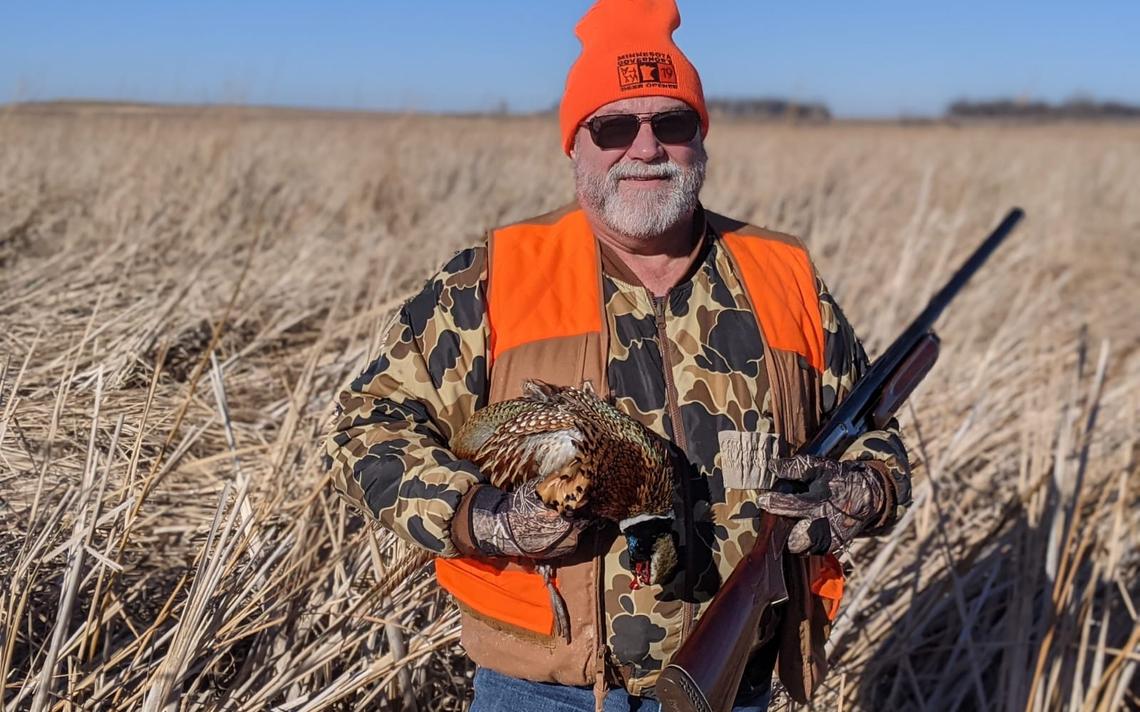 Northwest Minnesota escaped the worst of the storm, records show, but parts of the state got pummeled with more than 3 feet of snow. That was their introduction to Minnesota, recalls John Williams, who retired this week as Northwest Region 1 wildlife manager for the Minnesota Department of Natural Resources in Bemidji.

“I woke up the next day, living in the assistant’s residence, and saw all of these beautiful flocks of ducks circling Thief Lake and gaining altitude and going to the south part of the lake,” Williams said. “I thought, ‘Great, this is a neat spot.’

“I didn’t realize they were leaving, and it would be April of the next year before we saw birds again. And I tell you what – the first goose that honked was just like a shot of adrenaline to see they were back and the long winter was finally over.”

The next 30 years would be a blizzard of activity for Williams, who worked at Thief Lake from 1991 to 1996, when he transferred to Thief River Falls to become area wildlife manager.

Williams’ last day in the office was Tuesday, Aug. 3. His retirement marks the second departure from the Northwest Region in as many days. Longtime regional fisheries manager Henry Drewes retired Monday, Aug. 2.

“It’s been a tremendous career,” Williams, 64, said. “I’ve been one of the most privileged men that I can think of, to have been able to come up to this state and really begin to enjoy and work in natural resources in Minnesota.”

An Indiana native, Williams says he grew up in a hunting and fishing family and had pet ducks as a kid instead of a dog. He decided to pursue a wildlife management career while still in high school after seeing a young man about the same age working at Hovey Lake Fish and Wildlife Area in Indiana.

“We had just a brief conversation, but it struck me that if he could get a job here, maybe I can, too,” Williams said.

Williams knew the manager and landed a job at Hovey Lake in 1976.

His career path set, Williams earned a wildlife science degree from Purdue University and worked for the Indiana Department of Natural Resources from 1980 until 1991, when he moved to northwest Minnesota.

“I can remember, it wasn’t more than a week or two after I had arrived at Thief Lake, we were flying moose surveys, and I couldn’t believe it,” Williams said. “For one thing, I love to fly, and here I was within a week or two trying to count moose. Later, I found out that it could be some pretty grueling duty, but what a joy it was to see how that kind of worked out.”

As hunting goes, it doesn’t get much better than bagging a rooster pheasant with a homemade muzzleloader shotgun. John Williams of Bemidji built the 17 gauge muzzleloading shotgun from parts he acquired more than 40 years ago. (Contributed/ John Williams)

On the downside, Williams says, his DNR career coincided with a drastic drop in northwest Minnesota moose numbers. Parasites and climate change are among the theories cited for the herd’s demise, but clear answers have eluded researchers.

“Unfortunately, I’ve witnessed a moose decline in the northwest from what was probably a population of 6,000 to 7,000 when I moved up here,” Williams said. “About anytime you wanted to see moose, you could drive around up there and see one. Now today, there’s probably – who knows – 300 or so, based on the last population estimate I’ve heard.”

Williams has confronted a variety of hot-button wildlife issues at both the area and regional level during his tenure with the DNR. The list has included squabbles with counties over ditch taxes on tax-forfeited Consolidated Conservation (Con-Con) lands in northwest Minnesota; wolf management and a plethora of related issues; eradicating an outbreak of bovine tuberculosis in wild deer near Skime and developing an elk management plan in Kittson County, where many landowners have opposed the idea of growing the herd as a draw for both hunting and wildlife-watching.

Elk and agriculture haven’t been a good mix because of the damage the animals cause to crops and livestock forage.

Williams says he would “love” to see elk become a genuine statewide resource, and a recent proposal to establish a herd on the Fond du Lac Band of Lake Superior Chippewa lands in eastern Minnesota with elk from Kittson County holds great promise.

“We will never get rid of the elk in the northwest herd, but they will never grow any larger than what they are now – I firmly believe that,” Williams said. “The sentiment will just not allow that up in that agricultural area. But if you look at what an elk population would look like in Duluth and that area at Fond du Lac, I couldn’t think of a better spot. That would really take off, and I think you would see elk as a very great asset to the area over there for elk tourism, which so many other states have capitalized on.

“Minnesota is just ripe for that if we would just take that step.”

“Elk has been very difficult – more so than I would have expected. It’s just one of those things that for some reason, they’re controversial, and they’re controversial for a handful of people that are troubled by them. We will never get rid of the elk in the northwest herd, but they will never grow any larger than what they are now – I firmly believe that. The sentiment will just not allow that up in that agricultural area. “

Williams leaves the DNR at a time when the agency’s Section of Wildlife is down some 60 positions statewide, he says. The discovery of chronic wasting disease in a farmed deer herd in Beltrami County brings the fatal deer disease closer to home and puts additional pressure on DNR field staff who already are doing more with less.

Staffing and funding challenges have been a problem since 2016, when an increase in hunting and fishing license fees fell short of department needs, Williams says. A hiring freeze in place during the COVID-19 pandemic only added to the problem.

Speaking frankly – one of the benefits of retirement – Williams says it’s a trend he doesn’t like.

“Our staffing is as low as it’s been since I’ve been here,” he said. “It’s difficult for staff to have high morale, I think, right now, at a time like this.

“We have no reserve staff and it just seems like there’s always something being added.”

It’s only talk at this point, but Williams calls it “the worst idea I’ve ever heard.” Williams says he and Drewes, the retired regional fisheries manager, both have been vocal in their opposition to the idea.

The disciplines are just too different, he says.

“There’s no way in the world that I could go up to Lake of the Woods and talk to a group of fishermen out there and adequately explain the conditions of Lake of the Woods and why certain things are good and why certain things are bad,” Williams said. “Likewise, Henry (Drewes) would probably have the same kind of problem going to a place to talk about CWD and the strategies that we’re using to work on that.

“There’s just no way that one regional manager can possibly do that.”

Retirement, at least in the short term, will include remaining in Bemidji, where his wife, Deb, has a position with the state judicial branch. Down the road, returning to their place near Viking, in Marshall County, where they lived before moving to Bemidji, also is a possibility, Williams says.

“I don’t think we can probably afford both places, but I tell you what – I don’t know that I could let go of that land up there” near Viking, he said. “To own a piece of land, that’s pretty doggone special.”

Williams, who has three grown sons – two in Minnesota and one in Utah – also plans to spend more time fishing and hunting with his six grandchildren, in turn sharing the outdoor heritage and “an appreciation of the land and how it can really serve us and how we can serve it.

“I want them to have at least some of the same experiences that I had and that their parents had in that regard,” Williams said. “That’s the life I think I’ve led and hopefully can pass on.”