Retirement tsunami? Trump bump? Rats escape the swamp? Maybe none of the above. 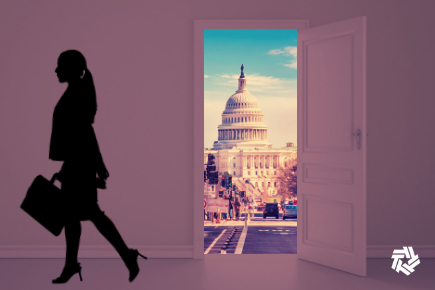 When Sigmund Freud famously said, “sometimes a cigar is just a cigar” — there was a lot of eye-rolling. He had, some thought, sort of a one track mind. With sex at the center. So when he said something like that, people tried to figure out what he REALLY meant when describing something simple. As in sometimes what-you-see-is-what-you-get! Freud was supposedly amused, or irritated, when people over complicated or misinterpreted what they saw. As in, sometimes a cigar, is just a cigar. Like now.

For nearly three decades now, experts who watch the people side of the federal government have been warning of trouble just ahead. They have been predicting a mass exodus of civil servants. A retirement tsunami that would strip the government of many, if not most, of its best and brightest. Its most dedicated, patriotic people.

As the average age of the workforce crept up slightly year after year it made sense. Sort of. To the alarmists, it meant Uncle Sam was on course to becoming dumb and dumber. That people who appreciated a federal career would be replaced by a more spoiled, less tested, generation for whom a job was just a job, not a calling. Leaving some of our most important functions in the hands of less experienced/dedicated people.

To gauge the size of the predicted brain drain people watched the retirement numbers in government each year. Particularly those in December and January, which are popular months to retire. When those numbers started to rise it would signal the start of the retirement tidal wave, they said. Makes sense, but so far not much has happened.

When Donald Trump was elected, many said that would trigger the tidal wave. But it didn’t. Nor was there a surge of retirements when he left — either because people felt they could leave now that the moment had passed or because they feared what government might become with him gone. Or simply because leaving a good job during a pandemic is not a good idea.

Just a cigar? Or more than that?

While the actual tsunami hasn’t hit, yet, something maybe worse has. Even though retirements are at or below normal levels, the government now has a growing backlog of claims that must be processed. Example: In January 2015, OPM got 18,629 retirement claims, processed 7,662 and was left with an inventory of 22,636. By January 2019 that had dropped to 13,264 claims, 8,162 actually processed and a backlog of 23,121. This year there were 13,850 retirement claims, but the inventory has grown to 26,968 because only 6,569 claims were processed.

What do the numbers tell us about the size, length and scope of the long-overdue retirement tidal wave? Maybe something. Maybe not much.

But what they do tell people who are nearing retirement is this: Your mother or uncle were right. Have a rainy day fund — 3 to 9 months of cash — on hand for emergencies. Like when you retire and might have to go months without a full check. That’s when a cigar maybe is just a cigar!