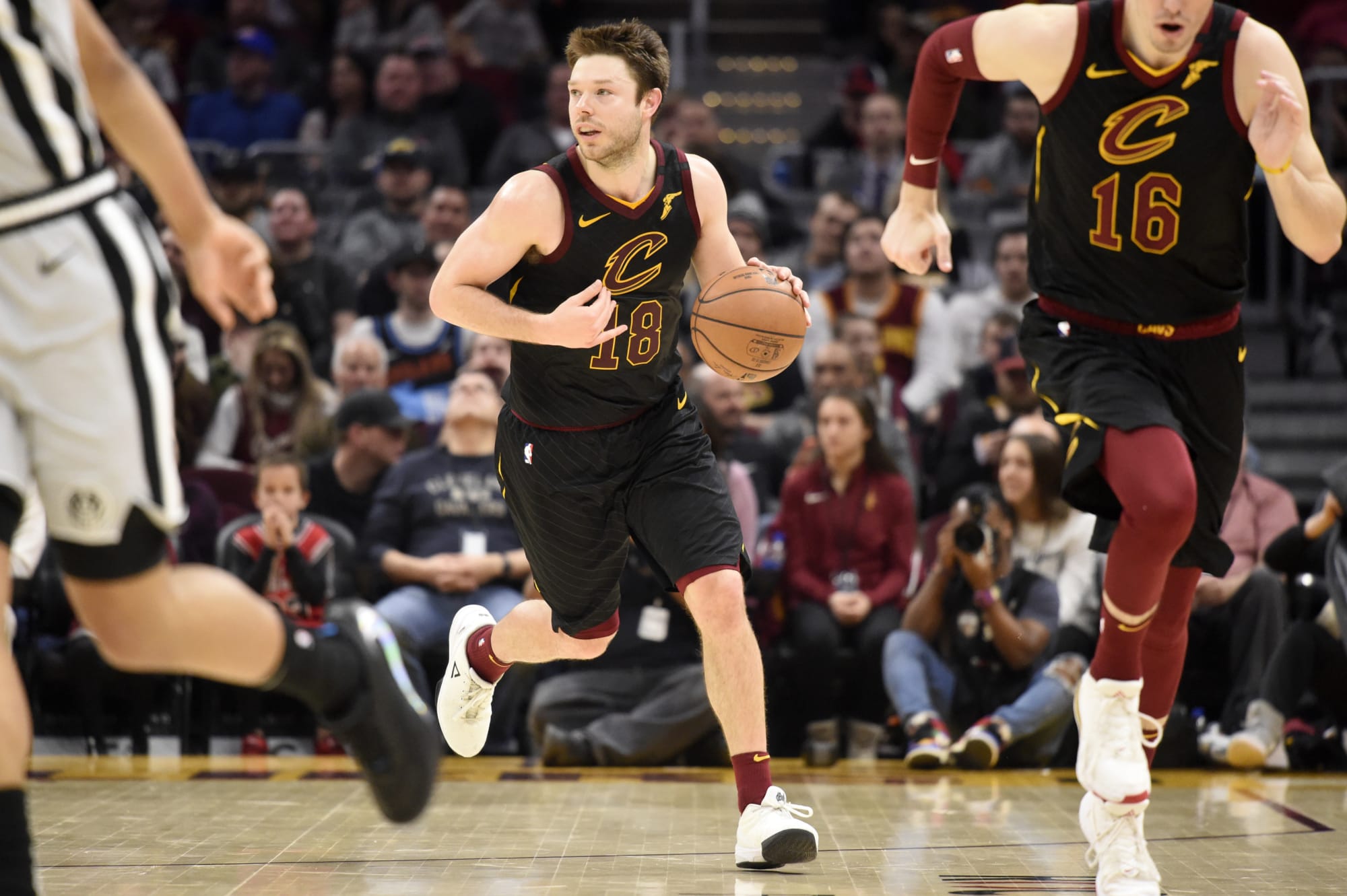 It was reported on Thursday by The Athletic‘s Kelsey Russo and Joe Vardon (subscription required) that Cleveland Cavaliers veteran Matthew Dellavedova was still experiencing complications from a serious concussion he suffered in a December preseason game.

Additionally, Russo and Vardon’s report stated how Dellavedova, due to him previously having endured other concussions in his career, may end up having to retire. Dellavedova, because of symptoms related to his December concussion, has not reportedly been able to ramp up his workouts to be able to seemingly get back into playing shape.

Dellavedova has not appeared for Cleveland this season, and likely wouldn’t have had a crucial role this season to this point, I wouldn’t think, even with prior key injuries. Last season, though, he did have more of a role leading into the prior COVID-19 induced hiatus/ultimately the end of 2019-20 for Cleveland.

Post-All-Star break, while Darius Garland missing the last five games of the season for the Cavs due to a right calf strain did play into it some, Dellavedova led the Wine and Gold with 5.5 assists per outing, and he was making his presence felt. That was nice to see from Delly, and even with him overall last season not having a big role, he did help considerably when he was in from a ball movement standpoint.

Dellavedova had a career-best 7.9 assists per-36 minutes last year, for context. Albeit coming into this season, it was clear that Delly wouldn’t likely have much of a role, but would help Cleveland’s young guards in Darius Garland and Collin Sexton, in particular, as a mentor.

Anyhow, while Dellavedova, based on the aforementioned report, may end up having to retire, he tweeted out that retirement is “not on my mind at all right now.” Delly thanked those concerned, though, in a follow up tweet and said “it’s a temporary setback and I’m looking forward to coming back from this better than before.”

That’s a relief regarding Delly/the Cavs.

The Cavaliers have again not had Dellavedova in action this season, but on the plus side, even when they were without a number of significant players, they’ve been able to patch things together and are ninth in defensive rating.

Granted, the Cavs are amid a brutal portion of their schedule, and although they are currently near the Eastern Conference postseason mix at 10-13, they have the second leg of their back-to-back versus the Milwaukee Bucks on Saturday, and have such a tough Western Conference road trip they begin soon from there.

The Cleveland Cavaliers are going to have their work cut out for them, to say the least. And Andre Drummond trade rumors/reports, of which you can view more on here, including what some NBA executives believe could be his trade value, will be here to stay up until potentially the March 25 deadline.

On the plus side, the Cavs have been far more competent/competitive game-to-game this season, and they look to have a budding star in Collin Sexton, whose had 24.0 points per outing, to go with 4.1 assists, from a secondary playmaking standpoint.

Darius Garland has looked to have a turned a corner this season thus far, too, and him not second guessing regarding his prior meniscus injury from college, as was seemingly the case last season, has played into that.

He’s now fully back it appears from his prior right shoulder sprain absence, too, and has had 15.9 points and 5.2 assists per game, and although he and the Cavs need to shoot more three-point attempts moving forward, he’s hit 42.6 percent from deep.

To last point, however, the Cavs did at least take 32 triples on Friday and made 11, which was somewhat of a positive, and Kevin Love hopefully being back fairly soon from a right calf strain/reaggravation should help.

And while Love will seemingly still be a subject of trade rumors/potential talks, as reportedly will be the case when he’s healthy, a deal this season, quite frankly, still seems unlikely.

Anyway, regardless of what plays out in this coming stretch, it’s a relief that Dellavedova, who has still helped the Cavs in his second stint with them since being dealt by the Milwaukee Bucks (in what was a three-team deal with the Washington Wizards), is not considering retirement currently.

To reiterate, it’s difficult to foresee Dellavedova, when he is back in the fold, or if that ends up eventually being the case, as being much of an on-floor contributor. But it’d be nice to have the 30-year-old more involved day-to-day, from a mentorship perspective for Sexton and Garland, in particular, as he’s seemingly had a key impact on them from a ball movement/feel perspective.

Moreover, I hope that Delly, who has no timetable at this point, can get himself right, as concussions are so tricky. It’d be good to see him out there in some spot minutes at some point for the Cavaliers this season and/or in the coming Olympic games in Tokyo for his native Australia, as he has a spot on that roster currently.

He previously signed via one-year, $2.1 million deal for this season with Cleveland, with a one-year Bird restriction and veto power on any potential trade.

In his seven seasons played, Dellavedova has had 5.6 points and 3.7 assists in 20.4 minutes per outing, and hit 36.8 percent of his three-point attempts.