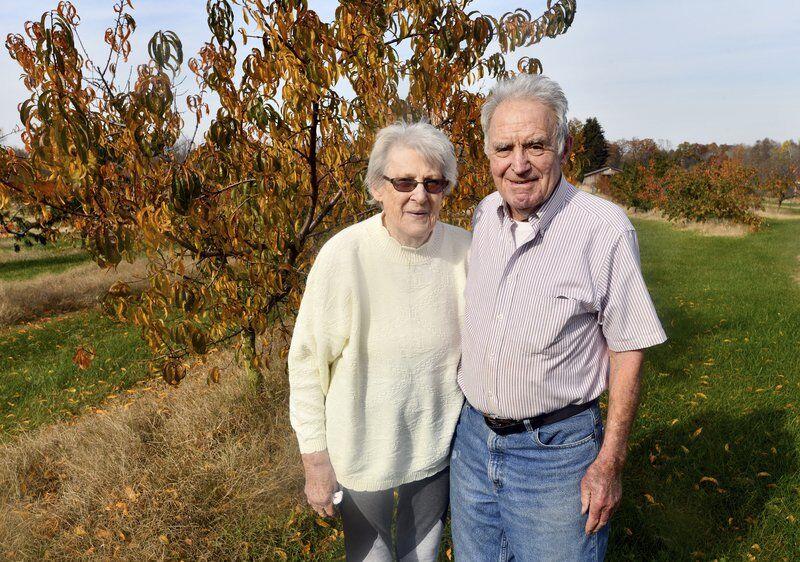 SAYBROOK TOWNSHIP — Retirement has been a unique experience for William and Sally Smith.

Many people wind down, travel or spend time with the grandkids when they hit retirement. The Smiths decided to start a whole new career that is in its 43rd year.

In 1978, William retired and the couple decided to move out of the city to a plot of land along Route 84, where they built a house and started farming.

“It was something to keep busy,” William Smith said about Smith’s Fruit Farm that grew plant by plant, year after year into his mid 90s.

“Trial and error,” Sally Smith said about their approach and the eventual growth of the farm. She continued to teach into the mid-1980s, but was a hard-working partner in the operation.

“I would come home from school and go to work,” she said.

William Smith said they have between 7,000 and 8,000 trees with about half peach trees and about half apple trees.

He said they also grow grapes and other fruit.

The Smiths said their friend Patty Candela, who died last year, was a big part of the operation for decades. Eventually two houses were built and they lived side by side and worked the farm.

Smith said he grows between 15 and 20 different kinds of apples at the orchard and fruit is sold on-site. He continues to do much of the work at the farm and sells at a variety of farm markets as well as on site.

Jeff Albert has known the couple for more than 70 years and helps out from time to time when a trip to the market is needed. He said William was his high school geometry teacher and Sally was his teacher in elementary school as well.

“He is an amazing fellow. Just a quiet guy,” Albert said.