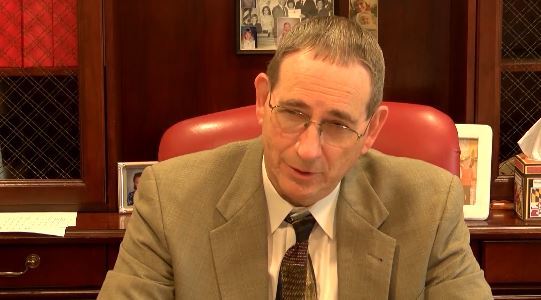 HAGERSTOWN, Md. (WDVM) — The next elections in Maryland are a long way off, but the announced retirement this week of a state senator from the western-most counties has set off quite a scramble on the campaign trail.

Republican Senator George Edwards from Garrett, Allegany and Washington counties is closing in on four decades in the Maryland General Assembly. That’s long enough, he said, and he has decided not to seek another term next year.

“You know, he was quite the statesman for the State of Maryland. One of the biggest attributes George brought was integrity and his commitment to western Maryland. The people of Maryland appreciated his work ethic and the amount of service he provided to the state,” Senator Paul Corderman (R – Washington County) said of Edwards.

“Western Maryland owes Senator Edwards — and the entire state owes him — a debt of gratitude. He has earned the respect of lawmakers and folks all over the state on both sides of the aisle,” DeWolf said.

Washington and Allegany County Republican Delegate Mike McKay is expected to seek Edwards’s seat, possibly with a formal announcement this coming weekend. That has two Washington County commissioners — Terry Baker and Wayne Keefer — scrambling for McKay’s seat in the legislature.

“Just one commissioner can dramatically affect things and now we’re looking at two, and so, you know, “this is really a big deal for the future of Washington County,” DeWolf said.

Baker won the election to the commission in 2006. Keefer was appointed in 2016. The primary election is not until next summer, but the political hopefuls are fast out of the starting gate. The Republican primary is nearly a year away — June 28, 2022.