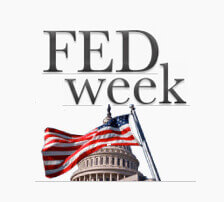 The pandemic has generally not changed retiree confidence in living comfortably through their retirement years, with seven in 10 saying it has had no impact but of the rest, more saying their confidence has decreased vs. those saying it has increased.

“Despite the challenges of 2020, retirees continue to report their lifestyle and expenses are as expected or better. Eight-in-ten retirees report that their overall lifestyle – including traveling, spending time with family, or volunteering – is as expected or better, including nearly three-in-ten saying their retirement lifestyle is better than they expected,” said the Employee Benefit Research Institute in a summary of its latest annual Retirement Confidence Survey.

It said those results “are virtually identical to those measured pre-pandemic.”

Six-tenths said their spending in retirement were what they expected while fewer reported expenses were higher than expected compared to previous years. The study said one reason could be that the pandemic curtailed opportunities to spend on travel, leisure and entertainment, but “another is the adaptability and resilience of retirees demonstrated throughout the RCS’ history. The survey shows retirees prioritize asset preservation and do not like the idea of spending down.”

The survey also showed higher levels of confidence in the ability of the Social Security and Medicare programs to continue to offer benefits of at least equal value to those received today.

That was “remarkable in a year marked by mass health concerns, especially among older populations,” it said, suggesting that the continued payment of benefits by those programs despite the pandemic boosted confidence in them.