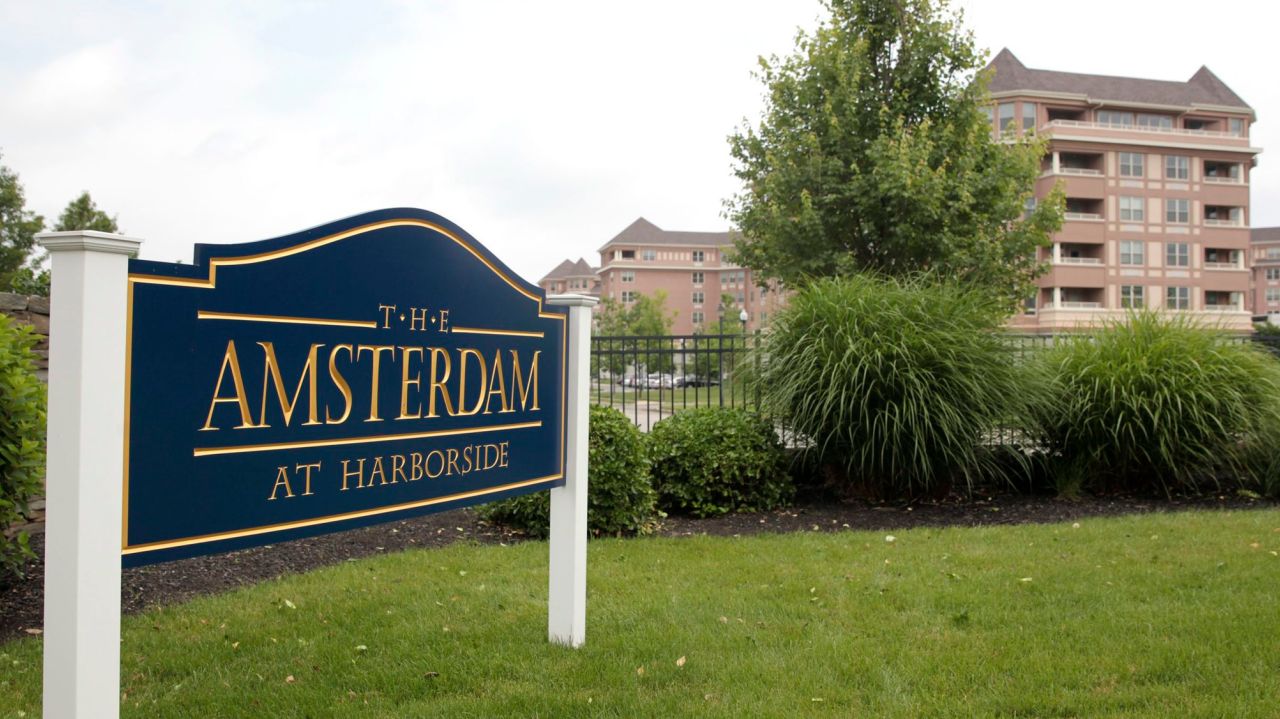 An upscale retirement community in Port Washington has filed for bankruptcy protection from its creditors for the second time in seven years, records show.

The Amsterdam at Harborside, a nonprofit opened in 2010, stopped making debt payments and refunds of resident entrance fees during the pandemic. As a result, the 329-unit facility is no longer in compliance with state law, according to documents filed last week in U.S. Bankruptcy Court in Central Islip.

Amsterdam officials said on Tuesday “there will be no staff layoffs or reduction or disruption” of services for the 375 people who live at the facility.

In the filing, Amsterdam CEO James Davis said the coronavirus had “exacerbated” the facility’s “historic financial challenges” of not being able to attract enough new residents to pay day-to-day bills and the entrance-fee refunds owed to the relatives of deceased residents.

The same challenges, along with the 2007-09 recession, led the Amsterdam to file for bankruptcy protection in July 2014, according to Newsday articles from the period.

The retirement community, at 300 East Overlook, exited bankruptcy court in early 2015 after restructuring its debt, including tax-exempt bonds issued by the Nassau County Industrial Development Agency. The community also secured $550,000 in IDA property-tax breaks over nine years. That was on top of a 25-year tax deal awarded in 2007, the articles state.

“Seven years ago, no one could have anticipated that a global pandemic would hit in 2020 and the effect it would have on our cash flow,” Davis said on Tuesday in a statement.

“We’ve developed a viable plan to restructure our debt, give us better cash flow and put us back on track financially,” he said. “This is a solvable situation.”

Davis said the Amsterdam will leave bankruptcy court in September if creditors and the court approve another debt restructuring.

The retirement community’s parent would contribute $18 million to the restructuring, according to the filing.

Among the largest creditors are 33 families who are seeking entrance-fee refunds that total more than $20 million. Five have filed lawsuits, the bankruptcy filing states.

Prospective residents often sell their homes to pay the Amsterdam’s entrance fee, which is between $527,250 and $2.2 million, depending on the size of living unit. There’s also a monthly service fee of between $2,600 and $8,100 for meals and amenities, such as a heated indoor pool and underground parking, the filing states.

The debts include a $1.2 million Paycheck Protection Program loan, which is part of the federal government’s flagship initiative to help businesses and nonprofits survive COVID-19. The federally guaranteed bank loan is expected to be forgiven, the filing states.

The loan is helping to pay the Amsterdam’s 107 employees and about 100 others who are either independent contractors or provided by staffing agencies to work in the dining room and to park automobiles, Davis said.

He and other Amsterdam representatives are expected to discuss the new bankruptcy filing at Thursday’s IDA meeting.

“We’re closely monitoring the proceedings of the bankruptcy court,” IDA chairman Richard Kessel said on Tuesday. “We want to see the Amsterdam survive, but this is a complicated issue. We will listen to their request for the IDA to issue new tax-exempt bonds as part of the restructuring” of debt.

He continued, “there will be no change” to the tax deals given by the IDA to the Amsterdam and no additional tax savings.

Kessel said the bankruptcy filing “doesn’t appear to have a negative impact on the county or its taxpayers.”

James T. Madore writes about Long Island business news including the economy, development, and the relationship between government and business. He previously served as Albany bureau chief.