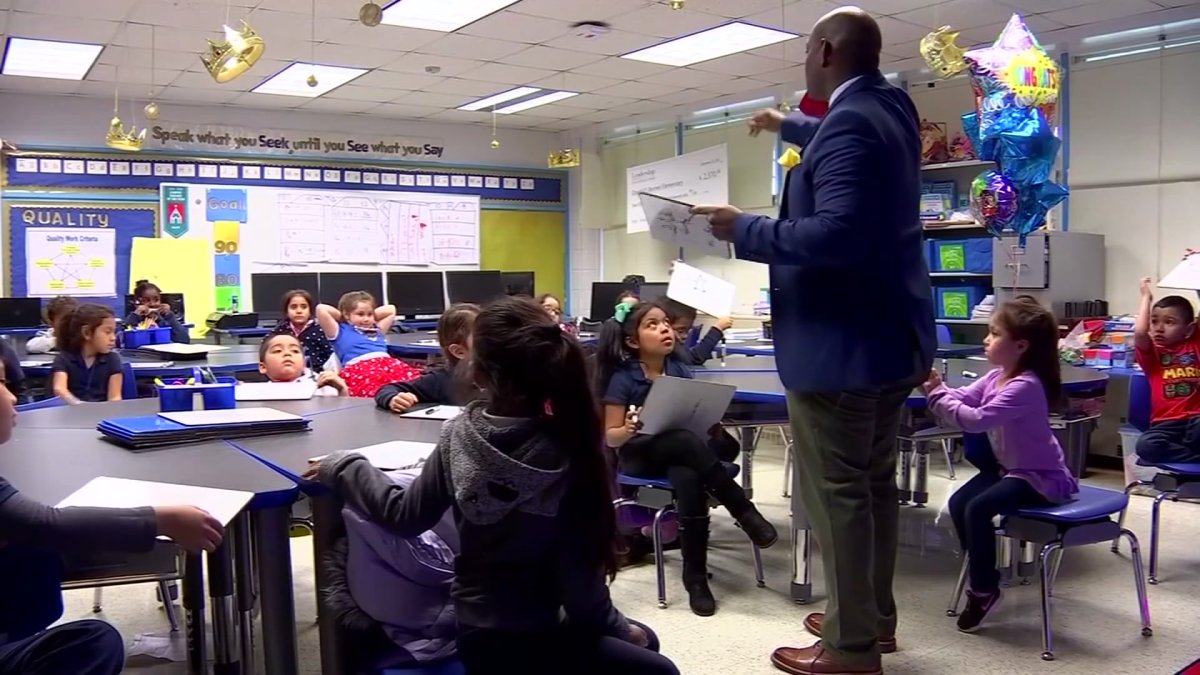 Among the bills on hold in Austin while the House Democrats stay put in D.C. is a 13th check for retired teachers, which is a maximum $2,400 one-time pay bump advocates fight for every legislative session.

But in this case, they say the delay just shines a light on the need for a better, more permanent solution.

After the issue secured a place on Governor Greg Abbott’s list of special session priorities, the Senate passed the measure.

Now without a quorum present in the House, it’s stalled.

“The Democrats who’ve left the state must come back so that we can deliver this much-needed relief to our teachers,” said Representative Greg Bonnen (R-Friendswood) in a press conference Wednesday.

It’s something groups like the Texas Retired Teachers’ Association has fought for every legislative session, saying the average Texas Retirement System monthly annuity is $2,096.

“Our retired teachers in Texas are part of a group called the Teacher Retirement System. They don’t have social security. They have fixed incomes that don’t change over time unless the legislature offers some sort of benefit enhancement,” said Executive Director Tim Lee.

15 years after retiring from Dallas ISD, Judy Bryant said her annuity hasn’t increased. At the same time, her bills have. That’s why she said this current stalemate highlights the need for a more permanent solution.

“We’re happy for the 13th check, but knowing that you’re going to get a little increase every year with a cost of living adjustment to take care of rising prices is really what we feel like all of the educators who’ve served our children in this state what we’ve earned and we deserve,” said Bryant.

While she waits for the stopgap, she said supports the state’s Democrats’ decision to break quorum over election legislation.

She believes they’ll eventually get their checks and hopes the next legislative session can bring the first cost of living adjustment in 16 years.