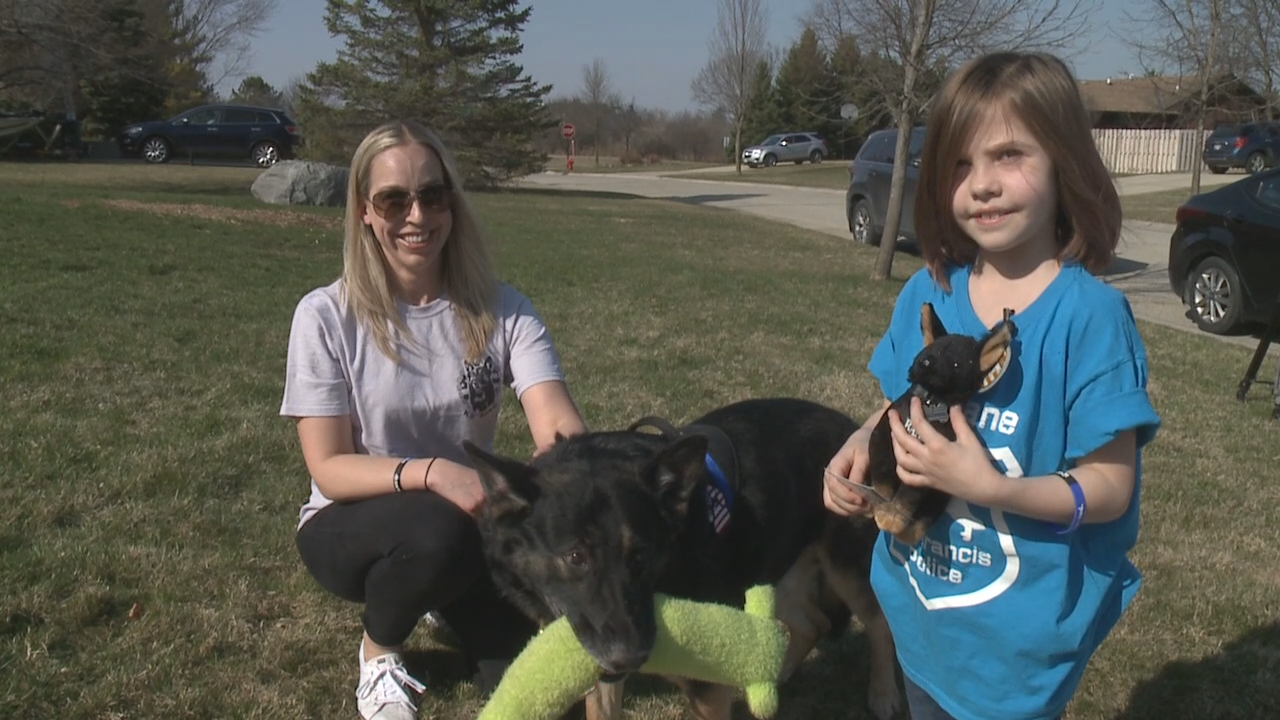 That retired officer is K-9 Bane. Since retiring, adjusting to his new schedule has been tough — so he’s staying busy by making some new friends in the community.

Retirement for Bane doesn’t mean he hung up his collar just yet.

“He gained 10 pounds since he retired,” said Det. Holly McManus with the St. Francis Police Department. “A newer thing we’ve been able to do now that he is retired is spending the weekends meeting the community.” 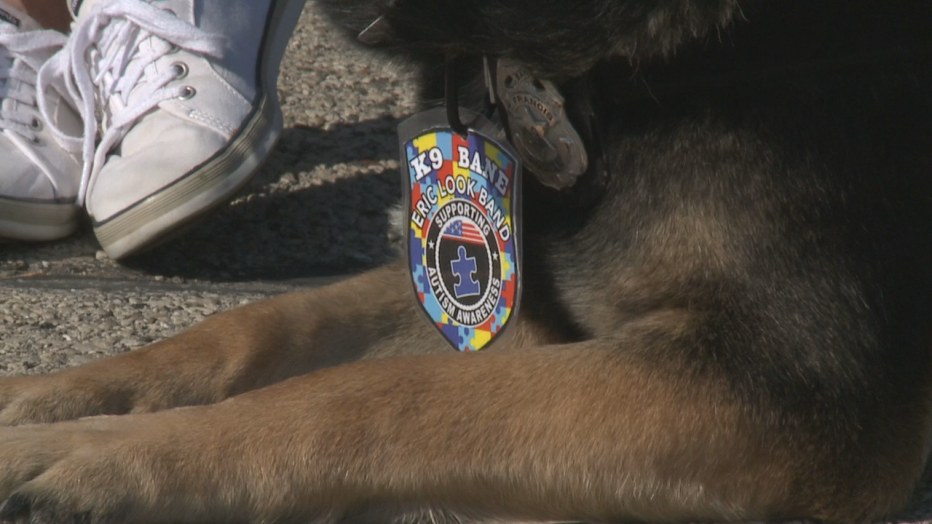 Bane retired from the St. Francis Police Department in November. While he’s further removed from catching bad guys, he’s formed a close friendship with a 7-year-old old. That friendship is forming just in time for April, Autism Awareness Month.

“Maeve loves dogs, so it was kind of a match made in heaven,” said Kat Lalumondier. “They sit by her and she as a sensory thing, she pets them and it just gives her a sense of grounding.” 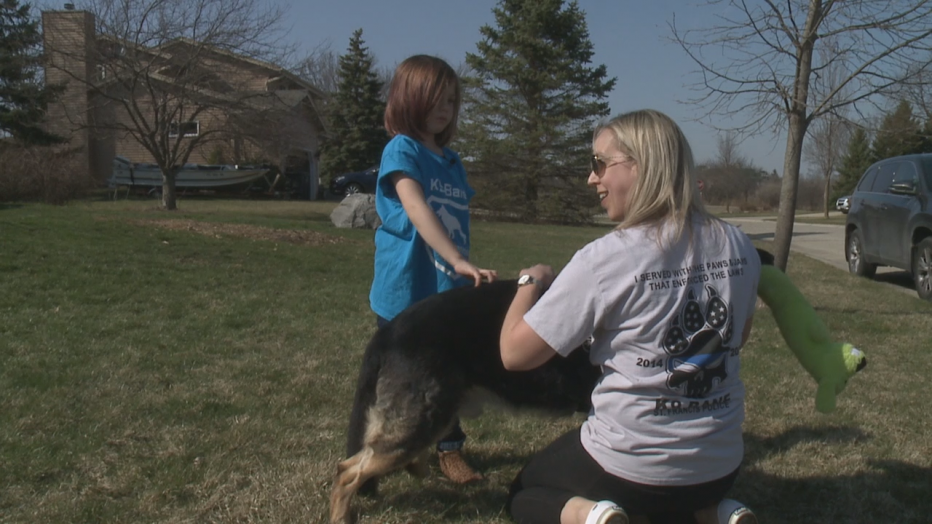 Maeve, 7, was diagnosed with autism at age 5. While she has a hard time processing some things, K-9 Bane’s visits since retirement have brought her a sense of calm.

“Meeting Maeve this year has been one of the first things we’ve done to help raise awareness for autism,” McManus said. “He can maybe make a connection with Maeve that a human can’t.”

FREE DOWNLOAD: Get breaking news alerts in the FOX6 News app for iOS or Android.

The former officer is still making a difference in the community, helping to spread autism awareness and acceptance during the month of April.

As Bane leaves paw prints on Maeve’s heart, her family is barking this message from Franklin…

“She wants to be accepted, and we kind of want the same for others,” said Lalumondier.

K-9 Bane has a Facebook page for anyone interested in keeping up with his retirement and what he is up to.