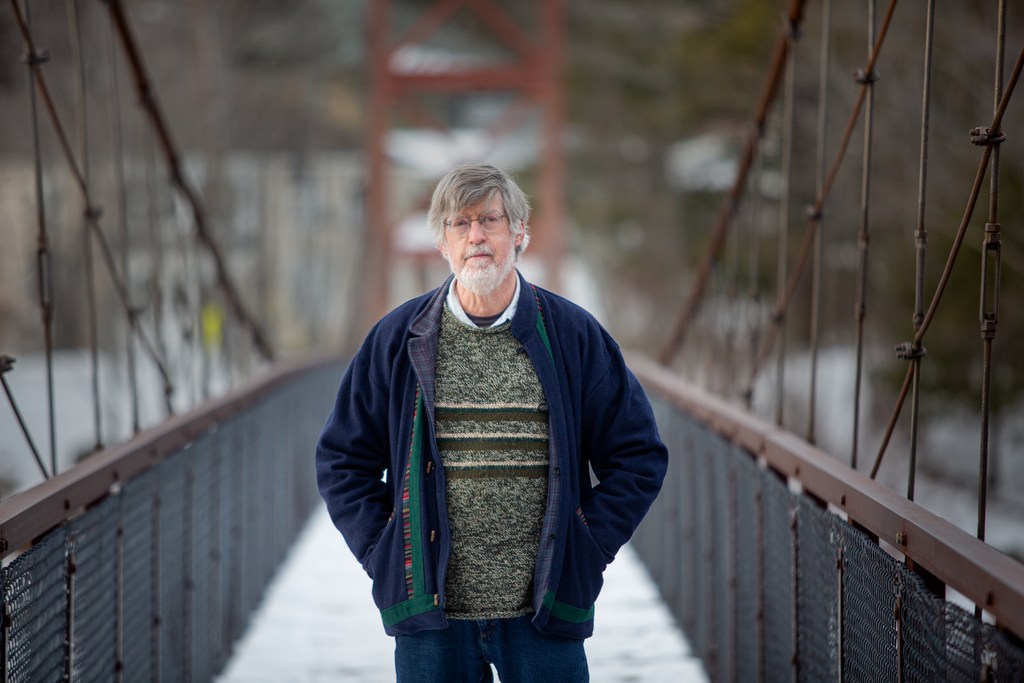 BRUNSWICK, Maine — Jim McCarthy is an old newspaper man. For more than 30 years, McCarthy did it all — from beat reporter, to editorial writer, to executive editor at a Maine daily. He even helped stuff fliers into fat Thanksgiving papers, rolling hot off the presses, when extra hands were needed for those coupon-heavy editions.

His long daily newspaper run came to an end a decade ago when an out-of-state company bought his paper and put him out to pasture. But McCarthy didn’t give up. Instead, he started over, taking a reporter gig at a weekly newspaper and staying in the business another 10 years.

Now he’s retired, enjoying his family and taking morning swims at the YMCA. But he’s still not done chronicling the community he loves. At age 68, McCarthy just published his first zine. After all, he’s an old newspaper man, and journalism is what he does.

“They did me the favor of eliminating my position,” McCarthy said of losing his job at The Times Record in Brunswick. He’d been there for 26 years. “I honestly thought my career in journalism was over. I was 58.”

But it wasn’t. He quickly found work as a temporary editor at the Bangor Daily News and the day that stint was over, McCarthy got hired on at MaineBiz.

Though newspapers have been his life, McCarthy never intended to be a journalist.

“It was not what I had planned,” he said. “I can’t emphasize that enough.”

McCarthy, born and raised in Cleveland, came to Maine in 1974 to work a summer job at an art gallery at Newagen. He planned on becoming the next Andrew Wyeth. Room and board were included in his salary and he only worked three days a week. That gave him four to explore Maine.

It wasn’t long before two things were clear: he wasn’t going to make it as a painter and he never wanted to leave. Instead, he fell in love with photographing Maine and got a degree at the University of Southern Maine, where he wrote a little bit for the school paper, The Free Press.

After graduation, while working as a laborer, a friend got him a job at a newspaper, based on his college experience. McCarthy took to the reporting life right away, though he found himself writing more and shooting less.

At The Times Record, he worked his way up from reporter to city editor and eventually executive editor. Calling Brunswick home, he put down roots, raising his family there and embedding himself in the community.

Retiring in 2019, McCarthy knew he wanted to keep chronicling his adopted home. This time, he wanted to do it with mostly pictures, instead of words.

“Photography is my secret garden,” McCarthy said. “Retirement is giving me the time to come back around, full circle.”

His current project is on a group of Mainers he calls “peace elders” — long-time activists and sustained agitators calling for environmental, racial and economic justice, as well as an end to violence and war. They are folks he’s admired for many years.

“These elders’ words and examples give me hope that a better future is possible,” McCarthy said.

The zine — “Photo-Journal: Peace Elders” — is an entirely modern publication with full-color pictures and glossy pages. Much of the writing inside is by the subjects themselves. McCarthy’s sensitive portraits and on-the-spot documentary photographs of their vigils and actions highlight the vitality still raging in their hearts and lives.

At first, he thought the photos would take the shape of a traditional museum show, but the coronavirus pandemic put an end to those plans. The zine concept grew naturally out of his years of newspaper layout experience.

“This turned out to be the ideal format,” McCarthy said. “It will have a much longer shelf life than a gallery show or an Instagram post.”

Currently, copies are sold at the Gulf Of Maine Bookstore in Brunswick. It’s also available online at Blurb.

“It was our best seller last week,” said Gary Lawless at the bookstore. “And he’s just starting to get the word out about it.”

Aside from sales, Lawless said McCarthy’s work has a deeper meaning.

“It reflects this community as something we want it to be,” he said, “one that has heart and one where people help each other instead of just buying things.”

The zine is conspicuously marked “Volume 1” on the cover. McCarthy said he is already pondering the second issue, which should come out in about a year. The subject matter is a little up in the air but he’s thinking it will be about the Maine landscape, somehow.

McCarthy is energized and eager to get to work on it.

“This is the road not taken, this will keep me young — I hope,” he said. “Photography was always stolen time for me and now I have the time. This is what freedom is.”