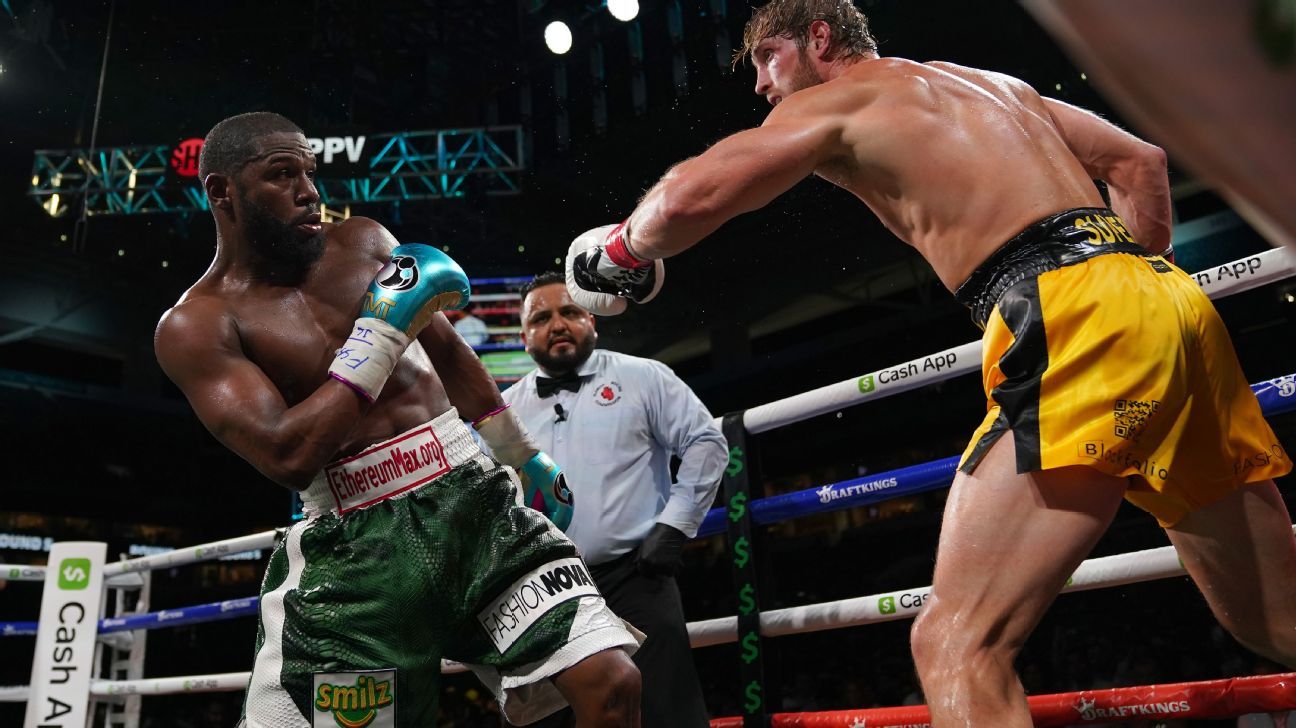 A lackluster eight-round exhibition that went the distance with no official winner was an appropriate end for Sunday night’s Mayweather-Logan Paul showcase. Everything about this bout was a circus, and the redeeming hope of a viral knockout to make it all worth it proved to be for naught.

There were no knockdowns, no significant moments in which Paul was hurt, and even though Mayweather clearly outperformed his opponent, there will be criticism that he couldn’t put away a Youtuber with an 0-1 professional boxing record.

“I had fun. You’ve got to realize I’m not 21 anymore,” Mayweather said after the fight. “He was strong, tough and better than I thought he was. I was surprised by him tonight.”

As Mayweather left the ring, he smirked. He knows he got away with what he called “legalized bank robbery.” Mayweather says he already made $30 million in the buildup for the fight, just from the sponsors that were listed on his trunks, with a larger final purse expected.

The reason why Mayweather was able to cash in seems clear: boxing has failed in many ways to replace his presence. The sport still clamors for Mayweather and everything he brings.

Now 44 years old and retired from real fights since 2017 (and perhaps longer than that, depending on your view of Mayweather’s last pro fight against Conor McGregor), Mayweather clearly isn’t anywhere near the fighter he was at his peak. He certainly dominated enough of the fight to earn a “win,” if the bout was officially judged, but his performance overall was underwhelming. Sure, Paul likely outweighed Mayweather by 40-50 pounds on fight night — a viable factor — but it’s not an end-all excuse for why he survived eight rounds.

“It’s the best moment of my life,” Paul said at the post-fight news conference. “I don’t know what to make of it. I can’t comprehend it.”

Despite the lackluster nature of his performance, Mayweather remains boxing’s biggest showman. He remains the guy that makes people tune into a fight after not watching one for years.

Does that say more about him, boxing fans or the sport of boxing as a whole?

Many mocked the idea of this bout — a matchup so laughable on paper that you can barely call it a fight. Heck, even Paul said he laughed when he first heard the idea.

But a lot of people were interested — that was clear by the number of times boxing showed up in the top 10 Google Trends on Sunday night and the buzz on social media throughout the card. A fight everybody knew was somewhere between a joke and a spectacle still might end up having the most pay-per-view buys of the year.

Why? Mayweather explained it just days before the fight.

It’s nothing new for Mayweather to exude an arrogance and cockiness that makes him polarizing. People love that “Money” talks his talk and backs it up. No matter how you feel about him, positive or negative, you want to tune in to see him.

And while Mayweather didn’t commit to another exhibition bout and expressed his doubts of returning to the ring at all during his post-fight news conferences, this is a fighter that has returned multiple times from retirement in the past. As long as Mayweather is willing to put on a show, even if it’s not really a good one, people will watch.

So what’s next? Paul teased a rematch after the fight during his in-ring interview: “It was one of the greatest moments of my life. Floyd Mayweather/Logan Paul II? I don’t know. Maybe I can end it next time.”

Paul left with a moral victory because he went the distance with the greatest fighter of this generation. A rematch would probably do good numbers, too.

But the even more lucrative answer is Jake Paul, Logan’s younger brother and a more accomplished boxer with a 3-0 professional record. The revenge theme is already planted with the “gotcha hat” stunt Jake pulled when he snatched Mayweather’s cap at a promotional fight event in early May.

But that is dependent on whether or not Mayweather decides he wants to do this again. His age showed in this fight. Though he told ESPN this week that he could beat Logan or Jake Paul with his “Z game,” it wouldn’t be a surprise to see Mayweather leave the sideshow behind for the time being to turn his focus back towards his primary post-career pursuit — promoting boxing.

Ironically, in a sport that’s struggled to find Mayweather’s true successor, Mayweather hopes to find that fighter himself.

“The ultimate goal is to find the next Floyd Mayweather,” Mayweather said. “I’m not the type of fighter that doesn’t want to see my records get broken. I want to see these young fighters do it. I hope I’m around to see the next Mayweather.”

There are worthy candidates in boxing, but no firm takers yet. And until it finds the next Mayweather, boxing still clamors for any type of show the current Mayweather wants to put on, even ones like Sunday night. And if the pay day is right, history shows that Mayweather will show up and collect the check.