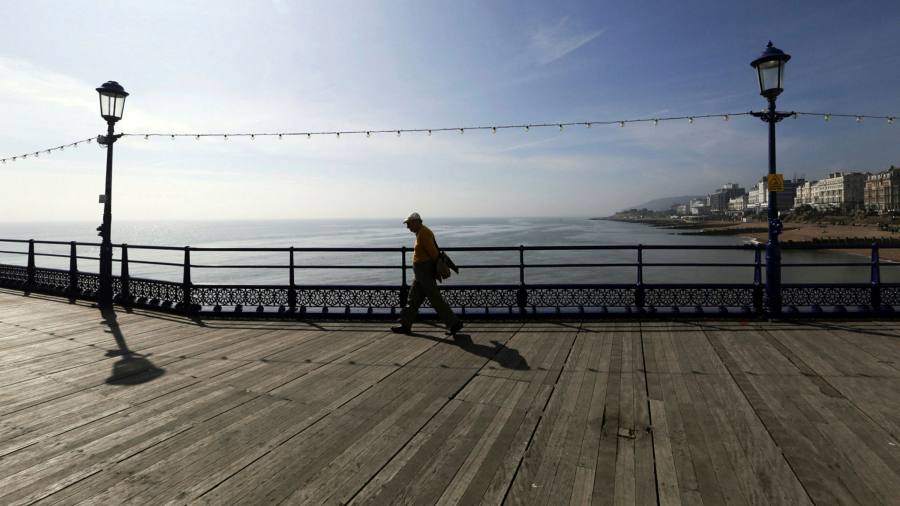 Investors should recalibrate their plans to draw down money from their pension portfolios in light of pandemic-induced volatility, new research has suggested.

When markets fell in March 2020 at the start of Covid-19 lockdowns, retirees were facing the first significant hit to their investments after a decade-long bull run.

Investors often fund their retirement by drawing down a fixed percentage of their portfolio every year — a rule of thumb is 4 per cent. But in 2020 many questioned whether taking out a fixed sum risked skimming off a large portion of investments while they were down.

Research by low-fee, fund-focused brokerage Vanguard found investors could make their portfolios last longer — and draw more money from them over time — by moving from traditional strategies such as a fixed drawdown, or “pound plus inflation”, where investors withdraw a specific sum of money each year regardless of portfolio performance.

“The pandemic volatility has meant it is critical to show flexibility in how we draw down money,” said James Norton, a senior investment planner at Vanguard. “If you treat your portfolio with respect, it will take care of you for longer.”

Increased longevity has meant retirement savings need to last longer and has sparked concerns about the impact of extreme volatility on pensioners’ incomes. More than 35 per cent of those aged 65-75 felt they needed to make changes to their retirement plans as a result of the pandemic, according to analysis by Close Brothers. One-fifth of those approaching retirement realised they needed to delay their plans, but many will not have a choice.

Those who were close to retirement and lost their jobs due to the pandemic could have suffered “a real hammer blow” Norton said. Those drawing income from their investments struggled, as 2020 was a record year for dividend cuts.

While a 4 per cent drawdown is the standard approach for preserving the value of a person’s investments, it can lead to significant swings in a pensioner’s income over time. Another common approach known as “pound plus inflation” means setting an amount to be withdrawn every year and increasing it in line with inflation. The goal is to maintain annual spending but this risks premature depletion of a portfolio if returns are poor.

According to Vanguard, the most effective strategy for improving retirement savings outcomes in more than 85 per cent of portfolios worth more than £1m is an approach called “dynamic spending”. It resulted in an increase in the average sustainable withdrawal rate of about 1 per cent for savers in the company’s research.

Norton said Vanguard’s recommended approach was not “rocket science” but required investors to be flexible and take markets into consideration.

Investors set an inflation-adjusted percentage range for spending, such as from -2.5 per cent to 5 per cent. By restricting drawdowns to the floor and ceiling “guardrails”, investors set aside some gains in good years to build their portfolios, and in bad years draw less from diminished investments, while keeping their drawdown percentage relatively stable — even if a portfolio outperforms or underperforms this range.

Are you under 35? Which issues concern you most?

We want to hear from readers aged between 16 and 35 on what life is like, and which problems need fixing most urgently. Housing? Education? Jobs? Pensions? The environment? Tell us about your experiences via a short survey.

This strategy is particularly important in times of crisis, Vanguard said. A market event causing a 20 per cent drop in the value of a £1m portfolio would result in spending in a dynamic spending portfolio falling from £52,000 to £45,600 in the worst-case scenario. Though spending levels fell, they remained significantly higher than under the conventional approaches, the company said.

Thirty years on from a crisis, the dynamic spending portfolios simulated in the Vanguard research also recovered their drawdown targets more quickly, and with longer-term success.

As a result, retirees could consider leaving more of their assets to their heirs. Assuming a sluggish, weak recovery, the dynamic spending portfolio still allowed for more than £470,000 to be passed on. Fixed-drawdown portfolios could expect to leave just £244,000.