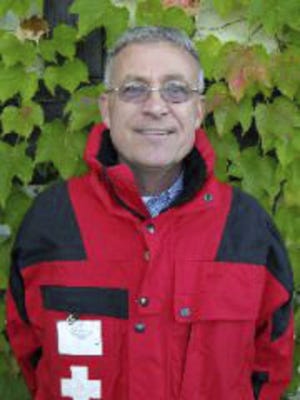 WALLOON LAKE — Melrose Township planning and zoning administrator Randy Frykberg is retiring from his role at the end of the month.

According to the local government website, the township board of trustees will have a special meeting at 6 p.m. Thursday “to accept the retirement letter from the current zoning administrator and discuss hiring options,” for a replacement.

That meeting will come an hour before a township zoning board of appeals meeting.

Frykberg said he actually expressed his intent to retire verbally, not via a letter, a week ago to township supervisor Vern Goodwin. His last day will be at the end of the month, on Wednesday of next week.

When contacted on Wednesday regarding the retirement, Goodwin said he was unavailable to comment at the time.

Township officials serve in their elected offices in a part-time capacity.

The last month of Frykberg’s tenure saw Melrose Township embroiled in a standoff with an area developer over the enforcement of shoreline zoning policies.

The stop work order sought to prevent violations of the township’s “waterfront overlay district” regulations, which require a vegetative buffer zone along the shoreline.

Young & Meathe has not responded to previous requests for comment.

Additional reports from township government allege Frykberg had made comments that indicated he would no longer be actively enforcing the stop work order. In requests for further explanation, Frykberg said the township is consulting with a lawyer about the appropriate next steps.

Frykberg said the retirement is unrelated to that ongoing situation.

“Zoning has changed,” he said. “And all the easy projects and all the easy land is taken, and now they (developers) are trying to figure out how to work (within) the ordinance and get the job done. So I’d say it’s really overall.”

The Township Zoning Board of Appeals meeting Thursday will be to “review an application for an expansion of a non-conforming structure.”

Frykberg said that structure is not the South Shore Drive property.

Frykberg previously served as the zoning administrator for five different municipalities — West Traverse, Little Traverse, Bay Township, Burt Lake Township — and has stepped down from those other posts gradually in recent years.

“Little by little I’ve been slowing down, so it wouldn’t really be a surprise,” he said. “It’s time.”