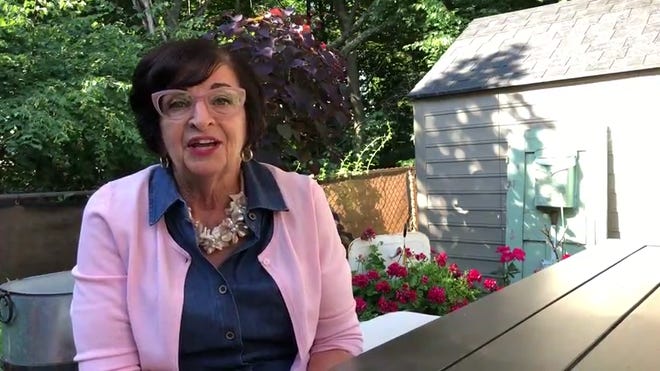 QUINCY — A few weeks ago Michele Draicchio Paige was watering and weeding her drought-tolerant plants in the city traffic island she maintains at South, Summer and Dartmouth streets when a passerby stopped to chat.

A stranger named Bill, he remarked that she was doing “such a good deed.” She replied, “It’s a lot of work but it’s enjoyable.”

He had a handful of lottery tickets he was giving out, asked if she played the lottery, gave her a ticket for the noon drawing that day and said that she “just might win.”

She took the ticket but forgot to check the day’s winning numbers until a few days later. “I’d won!” she says. She went to a nearby neighborhood store to cash it in and collected $330. She immediately put the cash back into more plants and mulch for the traffic island.

You could call it a good deed rewarded but Paige says she gets her reward just in being able to spend time at the island making it look attractive and chatting with people who walk by.

“I’m not someone who can sit home and do nothing,” she says. She thanks her son Kristopher Kamborian, 37, of Quincy, a UMass Boston police officer, for getting her the traffic island to keep up after she retired two years ago.

It particularly saved her during the pandemic when the Kennedy Center in Quincy and her other social groups closed down. “There was a lot of cleanup to do and I was down there everyday,” she says.

The city does not water the traffic island plants and her island is one of the largest in Quincy so she has chosen plants like sedum, ice plants, cone flowers and shrubs that don’t need a lot of water.

More:A GOOD AGE: ‘I want to be with my family’: 98-year-old Rose Cundari determined to make it home

More:A GOOD AGE: Turning 90, Lois Murphy is back on the job as state’s Nut Island gardener

Another son, Brian Paige, 47, of Wellesley and his family also support her; he runs Paige Landscape Company and has put down mulch for her. Robert Panico, a van driver in Quincy Elder Services, also helps out.

“I found the work very satisfying, but I just thought it was my time to retire,” she said.

Years ago she also worked as a traffic crossing supervisor, helping school children cross at  intersections. Her late father Bill Draicchio was Quincy’s colorful and well-known “dancing cop” who stood in the middle of the busy intersection at Southern Artery and Washington Street in Quincy Point and choreographed his arm and leg motions to guide cars and trucks on their way.

Paige has held a number of part-time jobs since she retired, most recently in the lunch/recess program at Merrymount School. But she says digging in the dirt brings her the greatest happiness and that “I could stay there all day.”

You believe this more than ever when you see her house. She lives in a single story duplex at Squantum Gardens, private housing in North Quincy near The Moorings.

All three sides of the house are surrounded by gardens with a variety of flowers and other decorative creativity with antique-looking doors, gates, trellises. On a quick tour, she points out a rosebud tree, climbing hydrangeas, rose bushes, sedum, more hydrangeas, peonies and hosta.

Cheerful, hard-working and undeterred by “a big problem with wildlife that love to eat” her plants, Paige is proof that finding something to do that you love and also helps others can be a path to happiness in retirement. 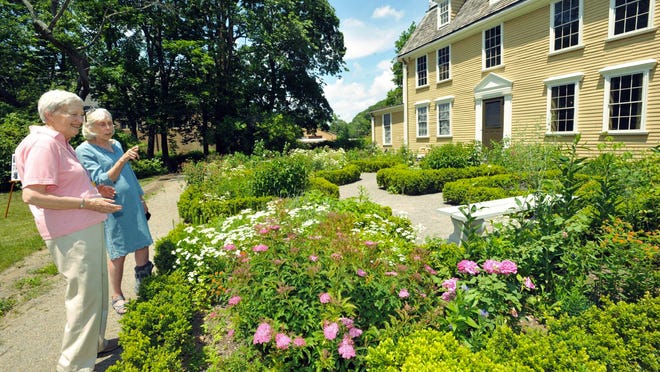 Thanks to our subscribers, who help make this coverage possible. Please consider supporting quality local journalism with a Patriot Ledger subscription.