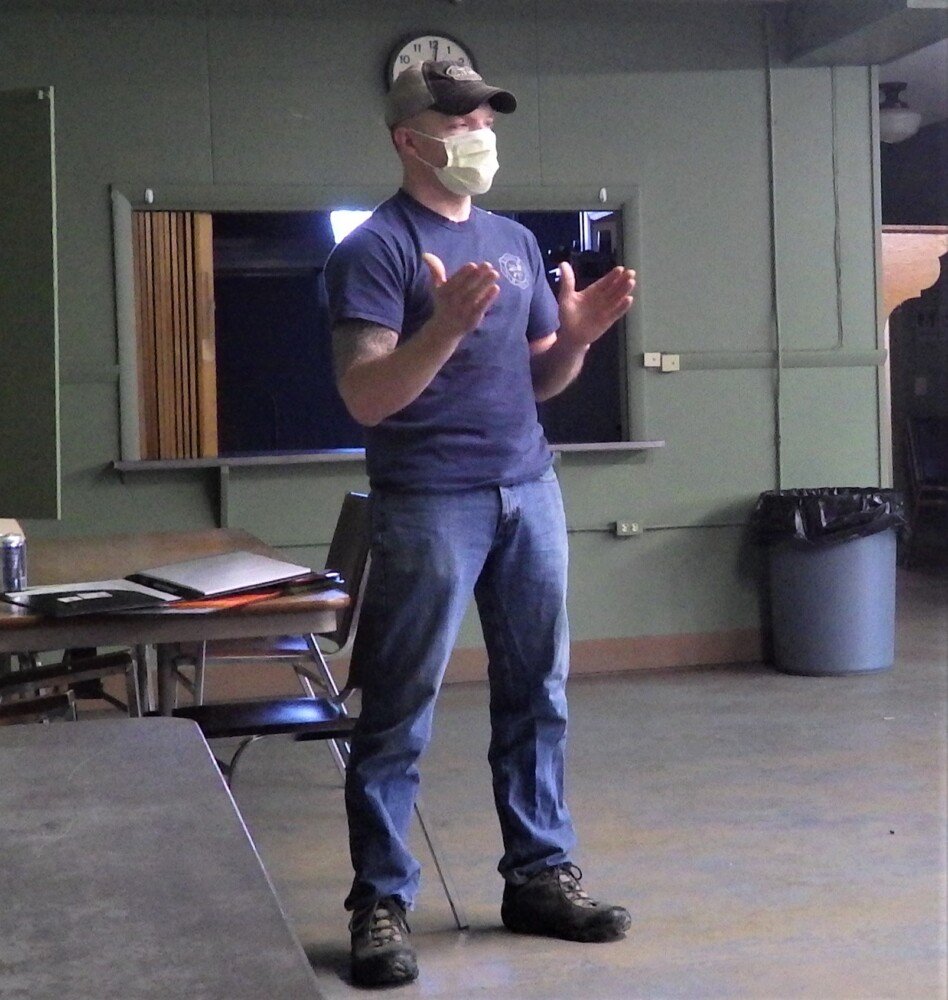 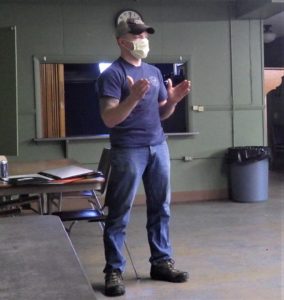 Deputy Fire Chief Mat Theriault addresses selectmen April 20 on promotions since the recent retirement of Chief Richard Jones. The department, he said, voted to recommend him as the next chief, following its next-man-up practice. Bruce Farrin/Rumford Falls Times

Theriault said he chose Allen Chartier and Ben Sarle as deputy chiefs and members voted to approve them.

The department also voted to recommend Theriault as chief to selectmen, who must ratify that decision.

Also, members voted to make the full-time firefighters, who drive the firetrucks, lieutenants.

“A couple reasons for doing that,” he said. “When they first arrive on a scene, the truck operator is in charge, until an officer gets there. So if a truck shows up, and there’s a fire with people inside, and we get crews there and start working, if an officer doesn’t show up, that truck driver is in charge.”

For Company 1, Joe Bruns was promoted from lieutenant to captain and Jack Arsenault was reinstated as a lieutenant.

For Company 2, Zach Thomas was promoted to captain. Matt Desrosiers preferred to remain a lieutenant.

Jacob Cunningham was appointed junior captain “because he’s the one down here training those guys, two days a week, at least,” Theriault said.

Fire Department members will recommend Theriault be ratified as chief at the next selectmen meeting May 4 at 6:30 p.m. at the Town Office.