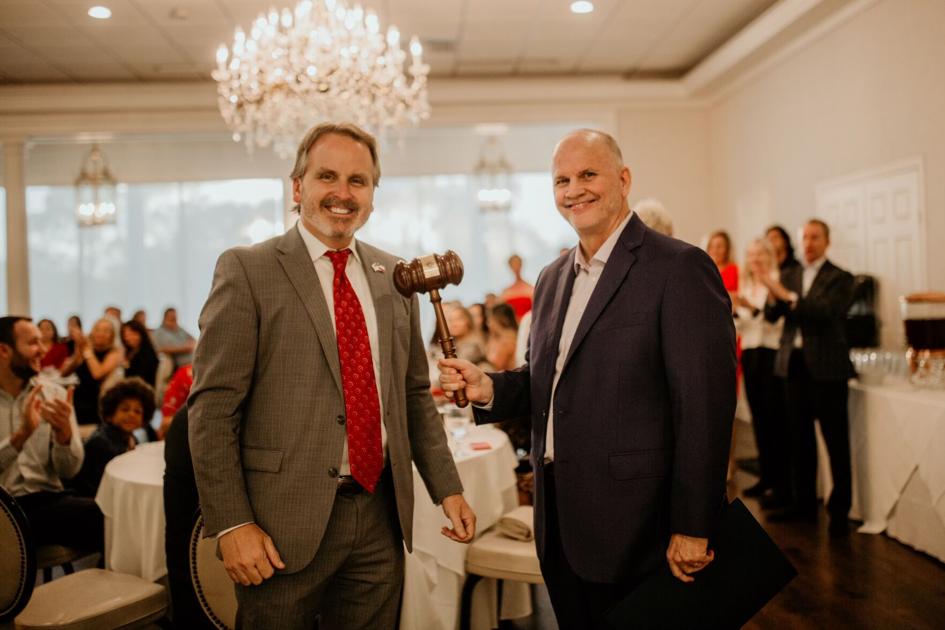 A local dermatologist is celebrating his retirement after caring for generations of patients in the Tyler area for the past 25 years, while also dedicating service to the Tyler community.

Dr. Larry Anderson came to practice in Tyler in 1996 and became involved with the medical community early on. At the time, he was the first new dermatologist in Tyler in 10 years, and four of the five dermatologists who were practicing in Tyler were well over 65 years of age.

“They were great dermatologists and great people. They just had not been exposed to more recent state-of-the-art training… and really didn’t have the cross-expertise that I was blessed to bring to the community,” he said.

After spending 16 years in the military, he grew a solo, one-location practice to five locations and 11 providers before seeing the wave of the future of medicine and partnering with Candescent Partners in 2012 to form what is now U.S. Dermatology Partners.

Anderson has been named Texas Monthly Super Doctor every year since 2005 and has served as the group’s medical director and inaugural chief medical officer from 2016 until the spring 2020. During his time in Tyler, he has mentored many physicians and staff and is highly respected by his peers.

Anderson has also served on boards and is known to always be striving to make Tyler a better place.

Through his success, he has continued to practice as a respected and recognized Mohs Surgeon, and helped reshape and amplify the clinical voice within the organization. After stepping down from the chief medical officer position, he continues to provide clinical services in Tyler until Oct. 15.

For the short-term, he plans to travel with his wife.

Anderson knew there would be a reception for his retirement, but he didn’t know who would be there and didn’t expect for it to be as big as it turned out to be.

State Sen. Bryan Hughes was in attendance and gifted Anderson with a senator gavel, engraved with a message, along with a proclamation of a Senate resolution, recognizing Anderson.

“The Senate congratulates Dr. Lawrence L. Anderson on his retirement as chief medical officer of the U.S. Dermatology Partners and extend to him sincerest wishes for the future in that an official copy will be prepared for Dr. Anderson as an expression of high regard from the Texas senate,” Anderson read from the proclamation.

Anderson said the greatest legacy he’s leaving behind is with patients he’s cared for, but just as importantly, the thousands of people he said he’s been privileged to work with for the past years.

“I want to thank the people of Tyler and East Texas, as well as my patients for giving me the privilege of taking care of them over these past 25 years,” Anderson said.