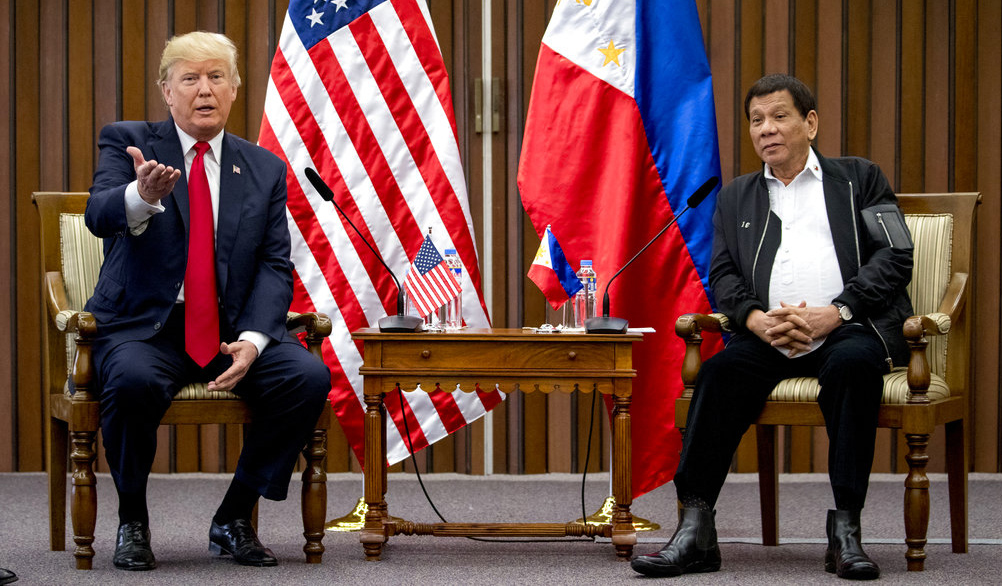 The 76-year-old leader, known for his deadly anti-drugs crackdown, brash rhetoric and unorthodox political style, earlier accepted the ruling party’s nomination for him to seek the vice presidency in the May 9 elections. The decision outraged many of his opponents, who have described him as a human rights calamity in an Asian bastion of democracy.

Duterte announced his surprise withdrawal from the election after accompanying his former longtime aide, Sen. Bong Go, to register his own vice presidential candidacy with the ruling party at a Commission on Elections center.

Philippine presidents are limited by the constitution to a single six-year term and opponents had said they would question the legality of Duterte’s announced vice presidential run before the Supreme Court if he pursues his bid.

While two past presidents have run for lower elected positions after their terms ended in recent history, Duterte was the first to consider running for the vice presidency. If he pursued the candidacy and won, that could elevate him back to the presidency if the elected leader dies or is incapacitated for any reason.

Sara Duterte currently serves as mayor of southern Davao city, and has been prodded by many supporters to make a bid to succeed her father. She has topped independent public opinion surveys on who should lead the country next.

But after her father initially declared that he would seek the vice presidency, Sara Duterte announced she would not run for president, saying she and her father have agreed that only one Duterte would run for a national office next year.

There was no immediate reaction from the president’s daughter, who has gone on a weeklong medical leave.

Duterte took office in 2016 and immediately launched a crackdown on illegal drugs that has left more than 6,000 mostly petty suspects dead and alarmed Western governments and human rights groups. The International Criminal Court has launched an investigation of the killings but he has vowed never to cooperate with the inquiry and allow ICC investigators to enter the country.