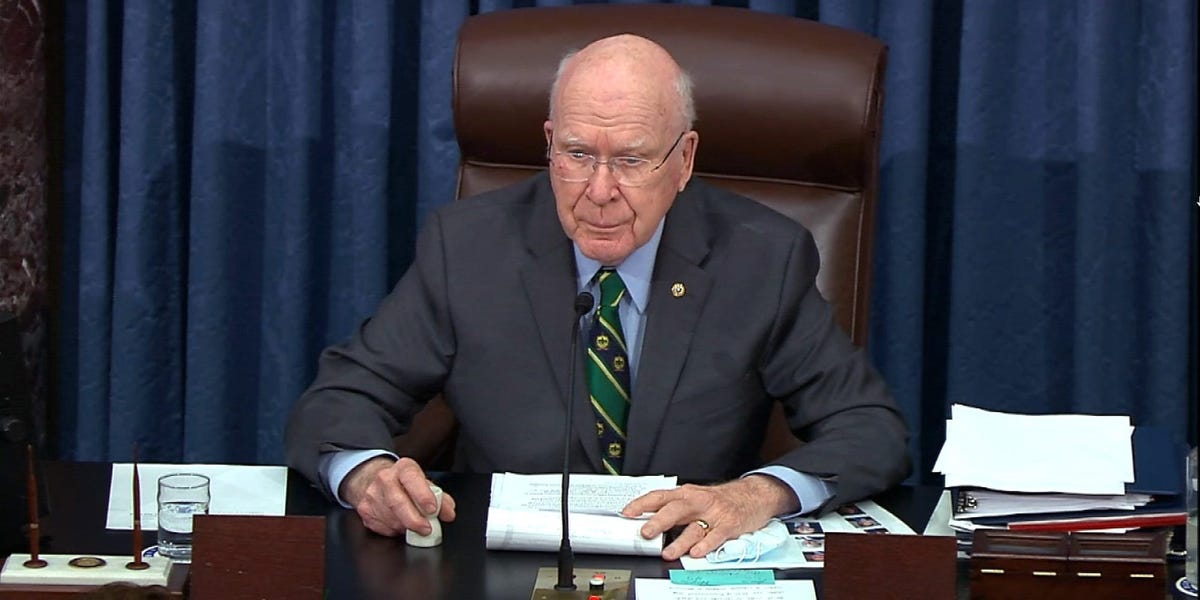 We are so sorry! We bumped into a system failure and couldn’t take your email this time.

Thank you for signing up!

Sen. Patrick Leahy, the US Senate’s longest-serving member, announced Monday that he will not run for re-election.

The Vermont Democrat’s retirement leaves his Senate seat open ahead of next year’s 2022 midterm elections, though the race is not expected to be competitive after President Joe Biden’s over 2-to-1 victory over former President Donald Trump in the “Green Mountain State” last year.

“I’m proud to be Vermont’s longest-serving senator,” Leahy said in a Monday news conference at the Vermont state capitol. “And while I will continue to serve Vermont, Marcelle and I have reached the conclusion that it’s time to put down the gavel. It is time to pass the torch to the next Vermonter and carry on this work for our great state. It’s time to come home.”

Leahy, first elected to the Senate as part of the “Watergate Babies” Democratic wave in 1974 following the resignation of President Richard Nixon, is currently the Senate’s president pro tempore, having previously served that role from 2012 to 2015 when Democrats last held a majority in the Senate.

“I came to the Senate in a kind of constitutional crisis,” the 81-year-old Leahy noted during his speech.

As president pro tempore, Leahy is 3rd in the presidential line of succession, behind Vice President Kamala Harris and House Speaker Nancy Pelosi.

Despite Vermont’s overwhelmingly liberal politics, Leahy is the only Democrat ever successfully elected to the US Senate from the state.

The state’s other long-serving senator — Bernie Sanders — technically remains a registered independent, despite his caucusing with Democrats in the Senate and running as a Democrat in the president elections of 2016 and 2020. Prior to Leahy and Sanders’ tenures, Vermont had mostly elected Republicans, and is currently led by a Republican governor, Gov. Phil Scott.

As Leahy announced his retirement, Republican Sen. Chuck Grassley of Iowa — the Senate’s 2nd-longest serving senator who opted to run for re-election this year — tweeted that the two were “gr8 friends” and that he was sad to see the Vermont Democrat retire.