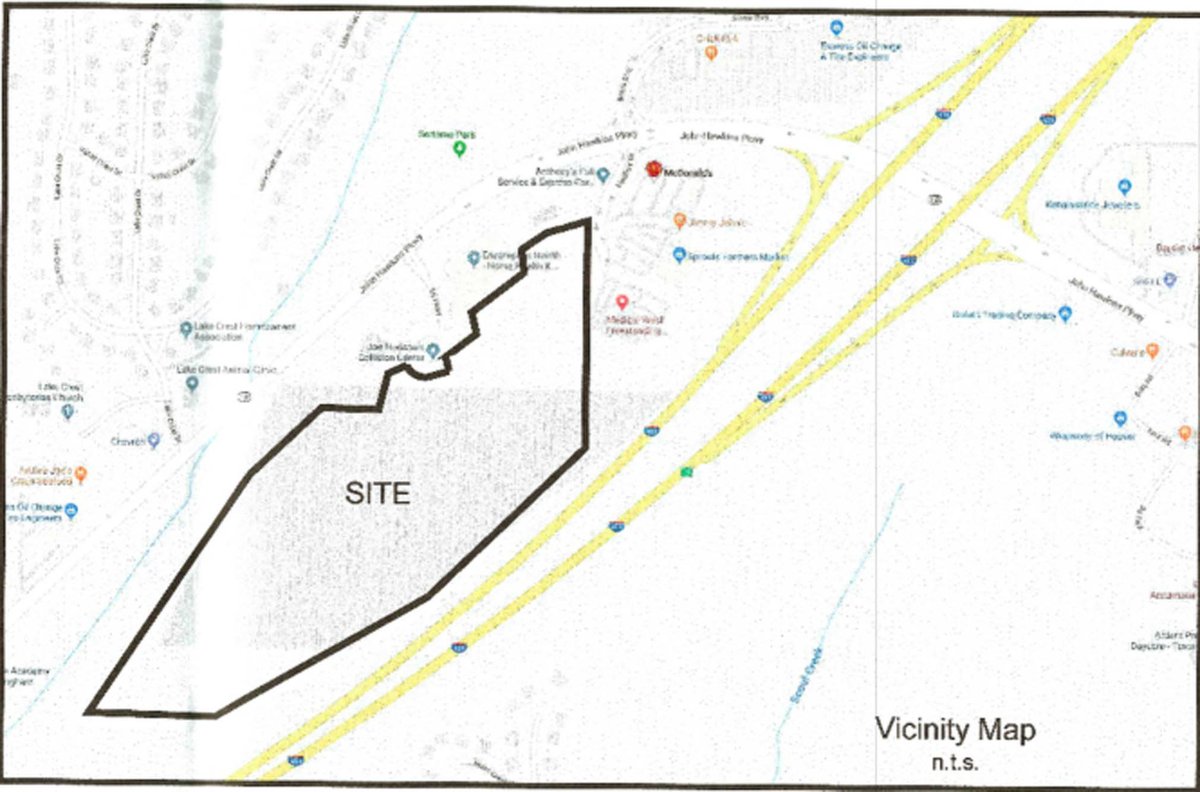 Plans for 272 apartments, a 180-unit assisted living facility, 96-room hotel and a new office building off John Hawkins Parkway cleared a major hurdle Monday as the Hoover Planning and Zoning Commission approved a resurvey of part of the land and a road connection.

The 39 acres are between John Hawkins Parkway and Interstate 459, a little west of the UAB Medical West stand-alone emergency room.

Thirty-two of the acres that would hold the apartment complex and assisted living facility are in an unincorporated part of Jefferson County, while the other 7 acres planned for a hotel and office building are in the city limits of Hoover.

The Dobbins Group, which is developing the apartment complex and retirement community, and Charles Kessler, who plans to develop the hotel and office building, needed the city of Hoover to approve the subdivision of the land that’s in Hoover and road connections to John Hawkins Parkway.

But Hoover officials did not want to approve the road connections to John Hawkins Parkway without assurance that the Alabama Department of Transportation would allow another traffic signal on John Hawkins Parkway (at ATI Parkway). That issue has held up the project since it first came to the Hoover planning commission in February 2020.

Hoover Councilman Mike Shaw, a member of the planning commission, made the motion to approve the land resurvey and road plans as long as the city gets written approval from ALDOT and the developers agree to pay $125,000 toward the cost of the traffic signal.

Also, the developers have to lengthen the westbound left-turn lane on John Hawkins Parkway at Medford Drive to 450 feet. Medford Drive leads to the UAB Medical West emergency room, but there also will be a road connection to the properties owned by Kessler and the Dobbins Group, giving a second way in and out for the new developments.

Developer Bill Dobbins said he was glad to get the planning commission approval Monday night, noting this project has been in the works for four years. However, there is still much work to be done, Kessler said.

“This whole thing is very early in the conceptual stage,” Kessler said.