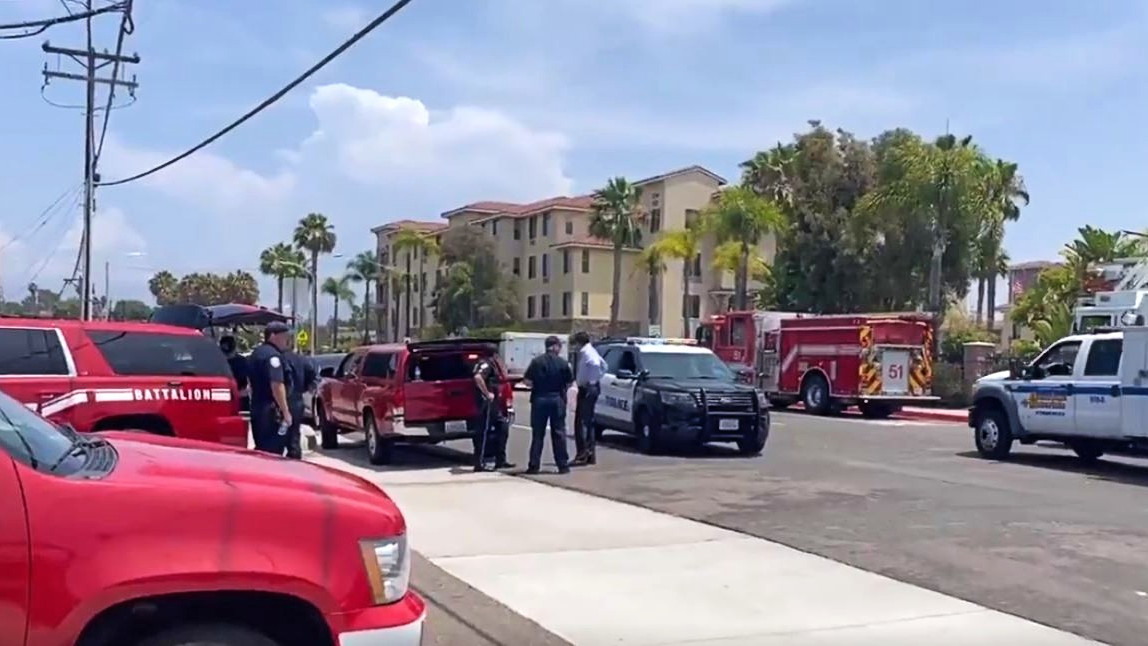 NATIONAL CITY, Calif. — Hundreds of residents were forced to leave their units in a South Bay retirement community while a bomb squad searched for signs of an explosive Thursday afternoon, though none was immediately found.

Authorities responded to a 911 call from Paradise Village Retirement Community, on 4th Street in National City, around 11:30 a.m.

Emergency crews found smoke, but no fire, in an upper floor of one of the facility’s buildings, according to a fire department spokesperson. Several hundred people were forced to evacuate the community’s units as a precaution while the sheriff’s department tried to determined what caused the smoke.

A bomb squad unit made a sweep of the building and no explosives were found as of 2 p.m., though investigators were still working. There were no initial reports of injuries.

Deputies said they took one man, who may have been having a mental health episode, into custody for questioning. There was no immediate word on his potential charges.

Check back for updates to this developing story.