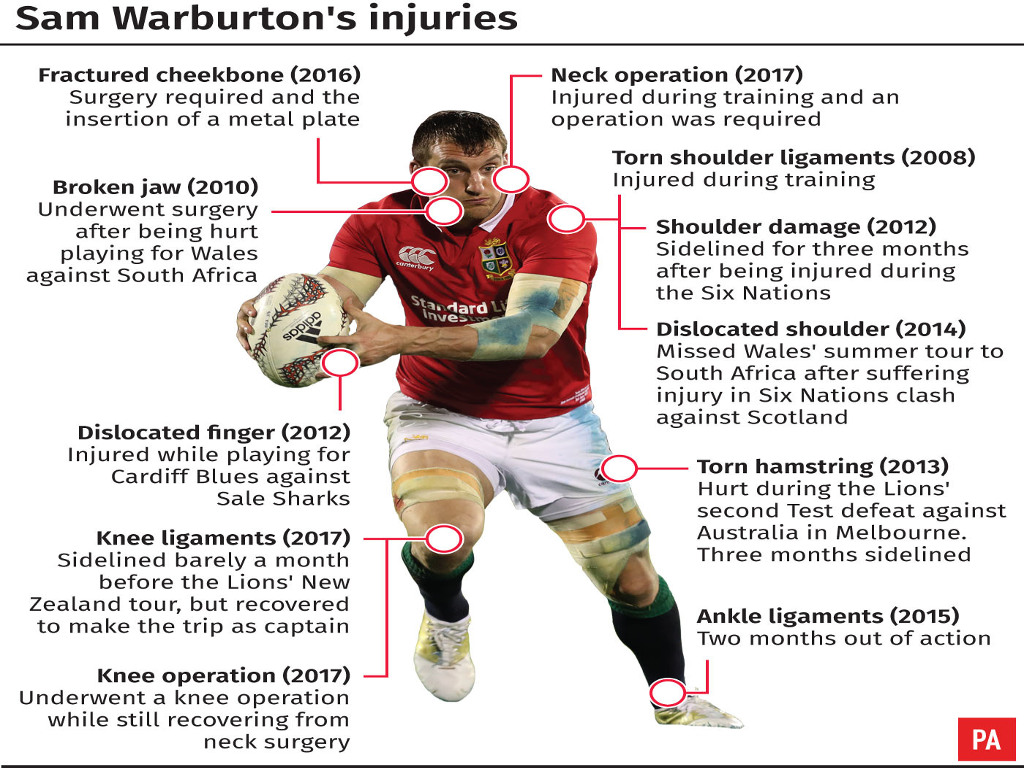 Wales and British & Irish Lions flanker Sam Warburton announced his surprise retirement from rugby at the age of just 29, on this day in 2018.

Warburton was forced to admit his body could no longer cope with the demands of professional rugby when he took the decision just one year before the 2019 World Cup.

Here’s a closer look at his career and the decision.

Warburton had a trial with Cardiff City as a teenager but turned in down in favour of rugby side Cardiff Blues, where he went on to win the European Challenge Cup before making his Wales debut.

Playing in one British and Irish Lions tour is something rugby players aim for, but Warburton became their youngest ever captain for their 2013 tour of Australia, only for the side to lose the second Test after he sustained an injury.

Under his leadership, the Lions claimed a first Test series victory for 16 years when they beat Australia, and then drew the series against reigning world champions New Zealand in 2017.

Warburton led Wales to a memorable Six Nations Grand Slam in March 2012, but his injury problems begun to appear, with a first serious shoulder injury.

He led Wales to the 2011 World Cup semi-finals, winning 74 caps for his country as well as 49 as captain.

After the second Lions tour, the neck injury and subsequent surgery forced Warburton to miss the entirety of the 2017/18 season.

He also had to undergo knee surgery while already sidelined and missed the Six Nations that year before his attempt to return to full fitness was unsuccessful and he was forced to retire.

Warburton said at the time: “Unfortunately, after a long period of rest and rehabilitation, the decision to retire from rugby has been made with my health and well-being as a priority as my body is unable to give me back what I had hoped for on my return to training.”