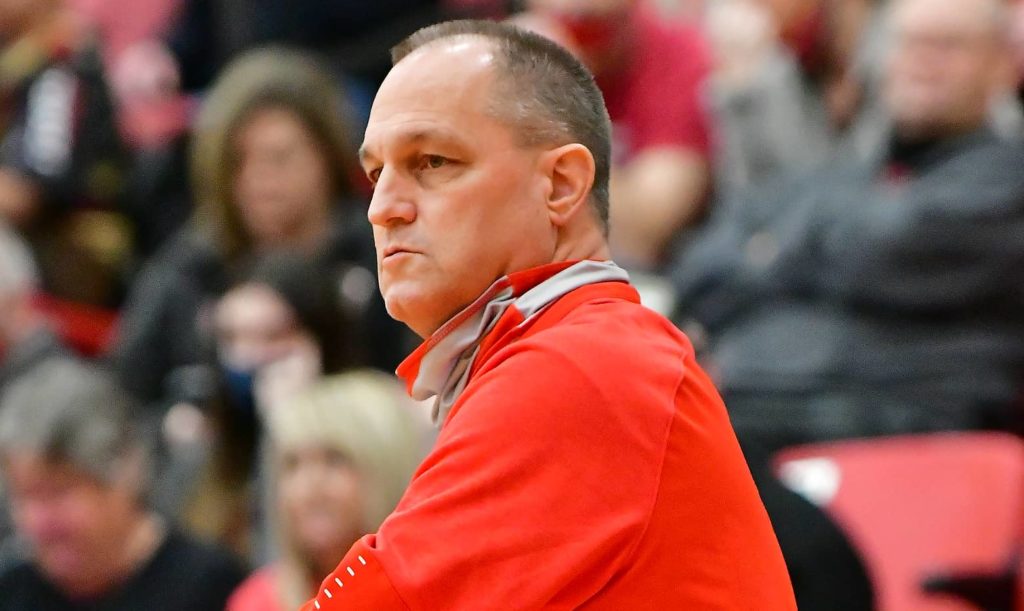 Osborne enters the 2021-22 season with a career record of 647-242, averaging over 20 wins per season and a .728 winning percentage. His teams have won 12 District Championships, played in three final fours, won 45 tournament titles, including 13 Nixa Invitational Tournament titles, and 7 Blue and Gold titles.

Coach Osborne is the all-time winningest coach (75-25) in the history of the 74-year-old Greenwood Blue and Gold Tournament. From 2010 – 2014, his Nixa teams won an unprecedented five consecutive Blue and Gold titles.

In December of 2019, the Nixa boys basketball program was inducted into the Missouri Sports Hall of Fame.

Prior to his position at Nixa, he compiled a 51-7 record in two seasons at Pleasant Hope, Missouri, including a 1990 Blue and Gold Championship and a 1992 State Quarterfinal appearance.

His first head coaching job was at Solomon, Kansas, in the 1989-90 school year, guiding that team to its first winning season in over ten years and a conference championship. He began his career in Willow Springs, Missouri, as an assistant for two seasons under Brent Colley, a Missouri Basketball Coaches Association Hall of Fame inductee.

In April of 2015, the Missouri Basketball Coaches Association inducted Osborne into their Hall of Fame.

With the retirement of Osborne, Brock Blansit, current boys basketball assistant coach, will be named the new head coach beginning in the 2022-23 school year.

Blansit’s replacement will be announced later this school year.