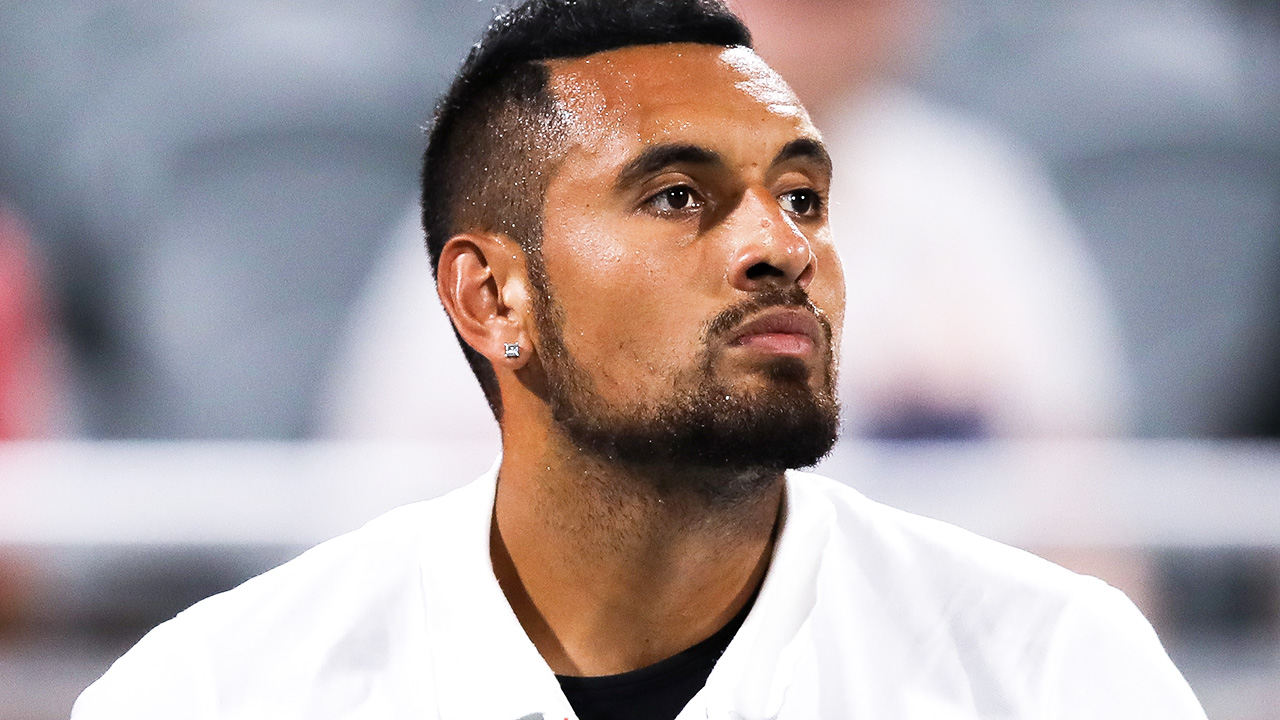 Nick Kyrgios has alluded to thoughts of retirement in a typically off-beat interview at the Citi Open in Washington DC.

The Australian star opted to skip the Tokyo Olympics after his impressive return to Wimbledon, citing a desire to avoid ‘bubble’ environments such as the one at the Games to protect his mental health.

Rather than immediately return to Australia though, Kyrgios instead opted to compete in the American hardcourt swing in the lead-up to the US Open.

However his interview prior to the first round in Washington, Kyrgios suggested he had been pondering what life would look like after his tennis career comes to an end.

Incredibly, the 26-year-old said he was unsure, tournament to tournament, which might be his last.

“Like every time I’m at a tournament, I feel like it could be my last time I’m ever going to be here. In Atlanta I felt the same way,” he said.

“I don’t know. I don’t know where I’m at. I feel weird. I feel strange about my career at the moment.”

Despite what could best be described as a love-hate relationship with the media throughout his career, Kyrgios said his changing mindset was helping him appreciate all the little things on tour.

The former world No.13 said he would no longer take little things like interacting with fans for granted.

“Every time I’m at an event, at a special one like this, I don’t take any day for granted.

“I love being around it. I try and soak in as much as I can. Just the practice, being around the courts, being at the highest level, I don’t take that for granted.”

Never one to have sought to establish himself within the broader tennis fraternity, Kyrgios openly admitted the rigours of life on tour would not be missed if he gave the game away.

“No, it’s good. It’s good to be back obviously, especially at these tournaments where I’m extremely comfortable and there’s a lot of crowd. I think they’re definitely hoping I do well.”

Nadal back in action in Washington debut

Rafael Nadal returns to competitive tennis this week at the ATP Tour’s Citi Open, the hard-court tune-up tournament for the US Open.

The world No.3 missed both Wimbledon and the Tokyo Olympics with a previously undisclosed foot problem.

De Minaur and Millman have received byes into the next round of the event which has also attracted the likes of Felix Auger-Aliassime, Jannik Sinner, Grigor Dimitrov, Sebastian Korda and Francis Tiafoe.

After losing to Novak Djokovic on June 11 in the semi-finals of the French Open, where Nadal is a 13-time champion, the 35-year-old Spaniard decided to take a break.

Nadal told a video conference with reporters on Sunday: “My body decided.

“If I had to choose, I will never miss Wimbledon and Olympics. But I was not able to compete in these events after the clay-court season.

“I had some issues in my foot, so I had to stop playing tennis for around 20 days, not touching a racket for 20 days.

“I started slowly, practising half an hour, then a little bit more. So I went through the whole process.”