Newly-retired Crystal Langhorne will remain part of the Storm, WNBA 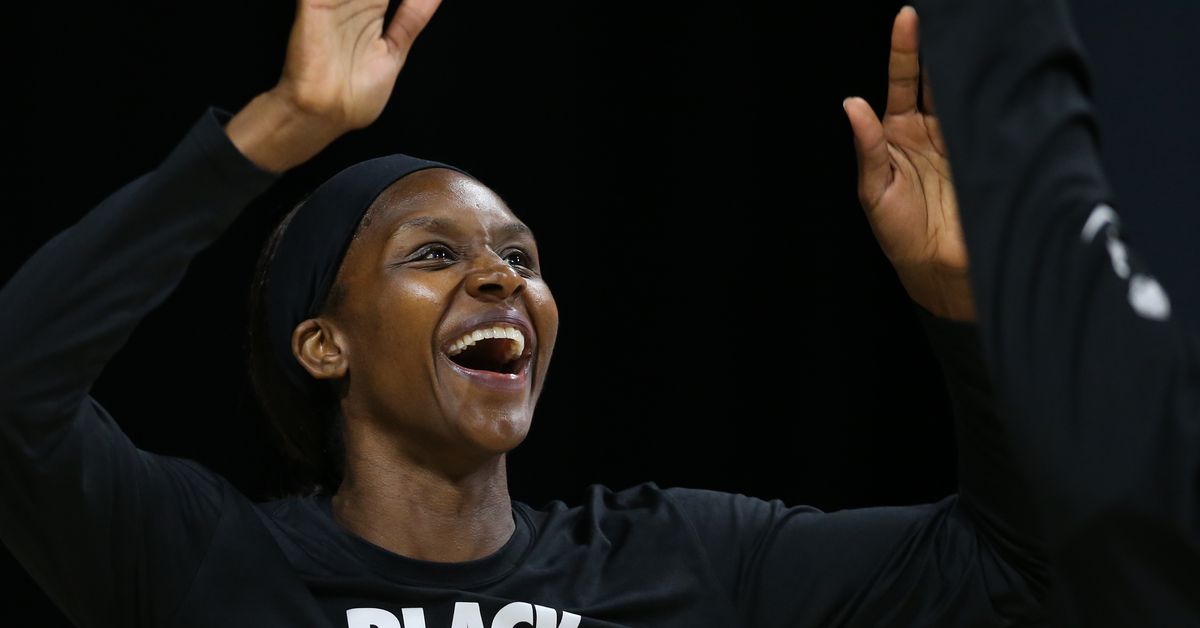 Crystal Langhorne is the archetypal WNBA player — incredibly solid on the court and socially engaged off the court, all while under-heralded.

Langhorne, who announced her retirement on Monday, carved out the model of a successful WNBA career. In her 13 seasons with the Washington Mystics and Seattle Storm, she averaged 10.9 points and six rebounds per game, earning a pair of All-Star honors and two WNBA titles along the way.

Moving forward, she will remain part of the wider WNBA family, serving as the inaugural Director of Community Engagement for the Seattle Storm’s Force4Change initiative.

After emerging as a standout talent in Willingboro, New Jersey, Langhorne matriculated at the University of Maryland, suiting up for head coach Brenda Frese’s squad from 2004 to 2008.

As a sophomore, she was a featured contributor on the Terrapins’ 2006 national championship-winning team. For her four years in College Park, she averaged 17.3 points per game on 65.2-percent shooting, along with 9.1 rebounds per contest. She also was the first player in Maryland basketball history, men’s or women’s, to score at least 2,000 points and secure at least 1,000 rebounds.

For all her efforts, she became the first Terrapin player to have their number retired while still an active player.

Congrats to Crystal Langhorne on an amazing career! pic.twitter.com/6Vhd33GUR0

Unsurprisingly, the WNBA came calling. The Washington Mystics selected her with the 6th overall pick in the 2008 WNBA Draft.

By her third professional season in DC, Langhorne had emerged as a fixture for the Mystics. In her fourth season (2011), the best of her career, Langhorne averaged 18.2 points and 7.6 rebounds per game — with a player efficiency rating (PER) of 21.6 — and was named an All-Star.

The following season, she headed west, traded to the Seattle Storm. Langhorne was a starter in her first four seasons in Seattle before moving to a reserve role. In this role, she collected two rings, serving as the savvy bench veteran for the Storm’s 2018 and 2020 championship teams.

What’s next for Langhorne, and why her position matters

As the newly-minted leader of Force4Change, she “will collaborate with ownership, leadership, players, and community partners to promote the Storm’s engagement in supporting meaningful change in our local community.”

Seattle “created this social justice platform in 2020 to combat racism and support diversity, equity, and inclusion.”

As the Storm’s press release noted:

This opportunity for a player to transition from her on-court career to an off-court role is one of the first in the WNBA to focus on social justice and will serve as a model for other organizations seeking ways for professional athletes to transition to the front office.

The WNBA has lagged in providing coaching and/or front office opportunities for former players. The majority Black women who have made the WNBA the WNBA have failed to consistently find a place in the league when their playing careers end. Hopefully, Langhorne and the Storm begin the reversal of this trend.

Langhorne said of her new opportunity:

I am thrilled to be working with the Storm in this new role. I truly believe in the Force4Change initiative and I’m ready to help create meaningful change. Our organization has shown its dedication to fighting racism and I’m honored to be able to continue that fight.