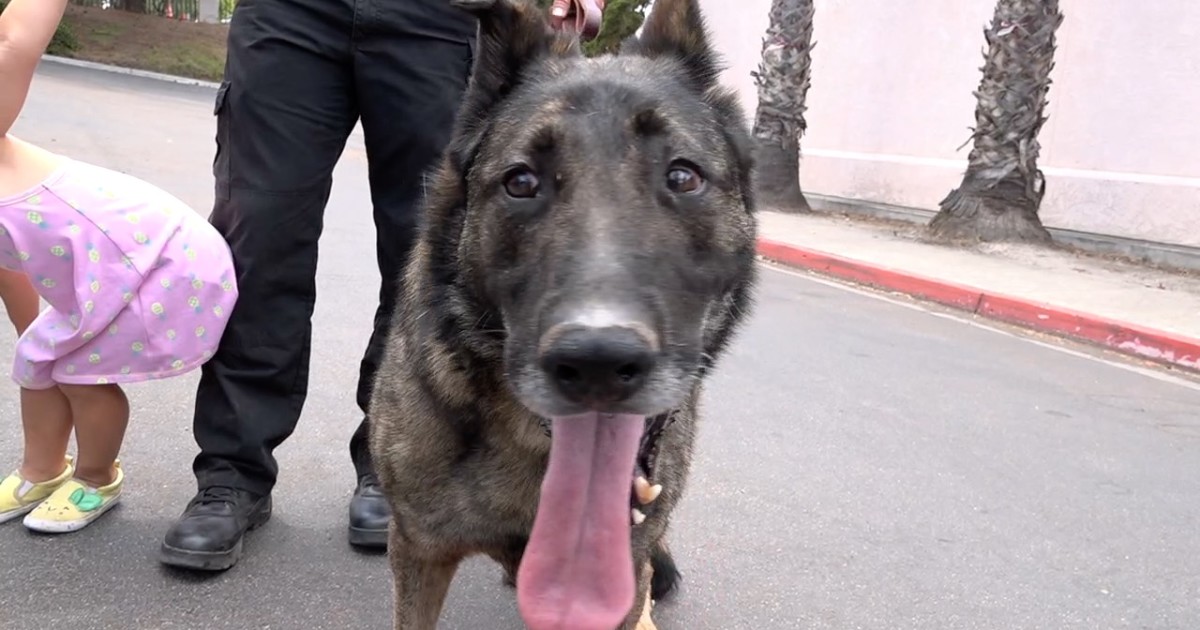 “His claim to fame was his nose,” Wiese said, adding that UFO could sniff out a suspect hiding in bushes far up a hill.

UFO, 11, is now well into retirement, living with the Wiese family. He’s unfortunately suffered more than just the wear and tear of being a police dog. UFO also had to have a cancerous tumor removed from his stomach.

UFO’s medical care, however, is not paid for by the city. Instead, it’s up to Wiese and the nonprofit San Diego Police Canine Association to handle the long-term expenses for the 25 retired SDPD police dogs.

On Friday, City Councilman Chris Cate announced his intention to change that. He’s requesting the mayor’s office study how much it would cost for the city to bear the cost of retirement expenses for police canines.

“We can’t forget the fact that these dogs put their lives on the line every single day just like these officers, and they should be treated as such,” Cate said.

“These dogs definitely deserve all the biscuits and love they can get for all the time they serve for us and all the work they put in,” Wiese said.

ABC 10News has reached out to the mayor’s office on the status of Cate’s request.