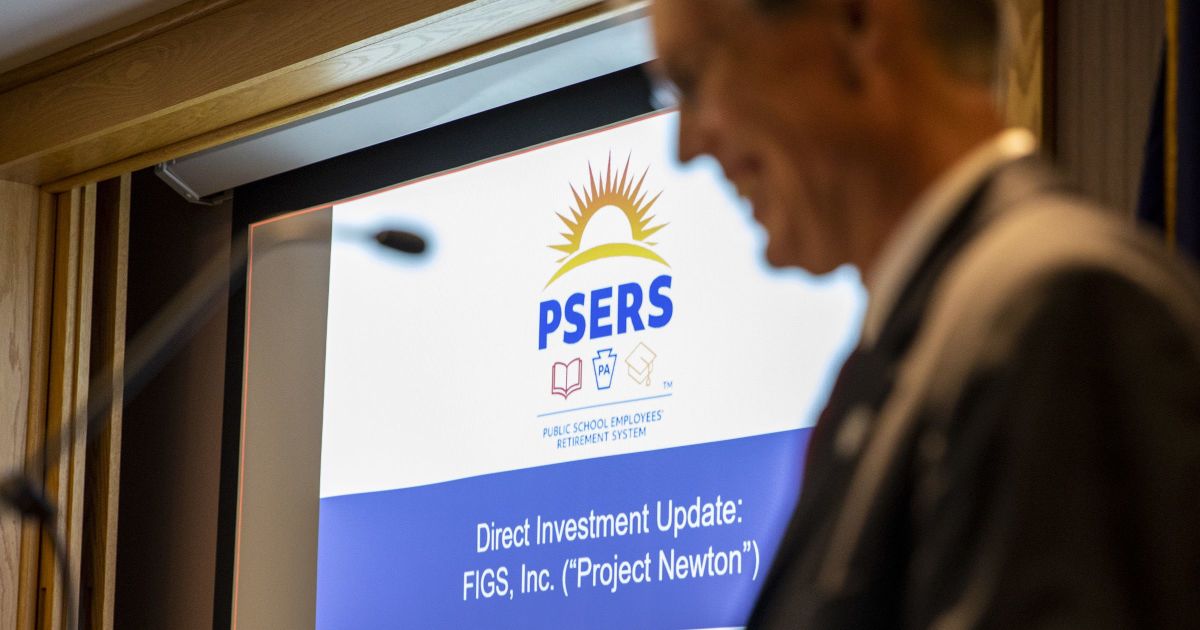 Pennsylvania’s largest pension fund is at the center of an equally large scandal, complete with an FBI investigation, a lawsuit, boardroom rebellions, and tons of money.

The Public School Employees’ Retirement System, or PSERS, saga is sprawling and complicated. Here’s a quick rundown of what you need to know — and why you should care.

PSERS is a public school employee retirement fund with some 500,000 members, about half of them public school teachers, and some $64 billion in assets.

Why does it exist?

Pensions and the promise of post-retirement income are intended to attract talented professionals to the state’s public schools and retain them. Making sure the fund keeps that promise falls to PSERS investment managers and the fund’s 15-member board.

In December, PSERS’ board learned that yearly investment returns had averaged 6.38% over the last nine years — just high enough to avoid a state-mandated hike in contributions paid by newer employees.The bad news came three months later when the fund’s board admitted it endorsed an inflated number for those returns, a mistake it blamed on a data error.

Higher contribution rates for 94,000 public school employees, each hired in 2011 or after, were approved by the board in April and are set to take effect in July.

If the higher rates don’t take effect as planned, a possibility outlined by state Sen. Pat Browne (R., Lehigh) in April, taxpayers will be on the hook — or should I say more on the hook. That’s because a $40 billion gap between the money PSERS actually has on hand and what it actually needs to finance retirement promises is also being bankrolled by John Q. Public.

If you want a deep dive on how the system went from well-funded in 2000 to extremely underfunded in 2021, read this. In short, state lawmakers approved higher pension benefits without more funding to prop up the system. That led the fund to pursue higher-paying, riskier investments via expensive consultants promising better odds.

Why is the FBI involved?

The FBI probe was revealed soon after the faulty math mentioned above, but it’s unclear if the two are directly related. What is clear, thanks to reporting by Spotlight PA and The Inquirer, is that federal investigators are very much following the money, specifically looking for evidence of kickbacks or bribery with fund investments.

They’re also probing PSERS’ real estate purchases near its Harrisburg headquarters and that December vote in which the board approved those inflated returns.

The former focus comes after an official disclosure form to the IRS said PSERS’ top investment staff were also being paid by a firm hired to manage its real estate in Harrisburg. When Spotlight PA and The Inquirer began asking questions about the arrangement, PSERS said the disclosure was poorly worded and that replacements have been filed with the IRS.

Not by a longshot. Earlier this month, board members — led by State Treasurer Stacy Garrity — pushed to oust the fund’s two top leaders, citing the ongoing legal scandal and an avalanche of management mistakes. Board member and state Sen. Katie Muth (D., Montgomery) signed on and filed a lawsuit in a separate bid to get financial documents she says agency officials have refused to release.

The push to oust the leaders failed, but scrutiny of the fund — one with a reputation for largesse, high-paid executives, and little transparency — continues.

90.5 WESA partners with Spotlight PA, a collaborative, reader-funded newsroom producing accountability journalism for all of Pennsylvania. More at spotlightpa.org.