Middletown Superintendent will retire on October 7 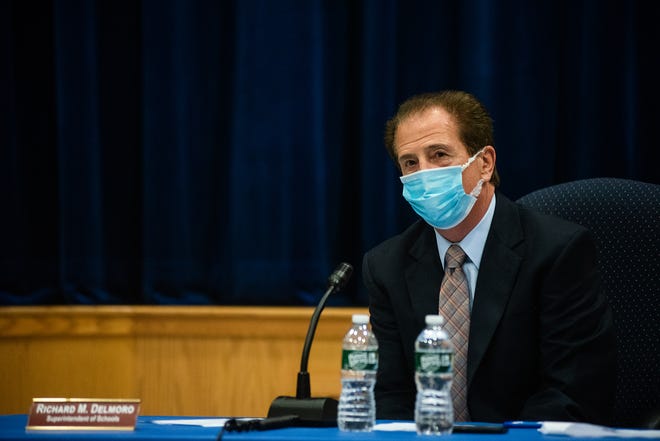 Del Moro announced his retirement — which will take effect on Oct. 7 — during a Sept. 2 board of education meeting.

Del Moro said at the meeting that he’d been “talking about this over the past week or so.”

“And so, it is with a heartfelt ‘thank you’ for 34 years with this school district and a total of 46 in public education.”

He went on to reflect on his years in the district: “When I walked into the school district in 1987, I came as a young man filled with joy and hope that I had this appointment, and each of the days that I’ve been in this school district, although some days may be overwhelming, I have a sense of gratitude for being able to serve this community in various capacities.”

Del Moro’s retirement announcement was not listed on the Sept. 2 school board meeting agenda.

When school board vice president Rose Tobiassen asked the board to accept Del Moro’s retirement, there was an audible reaction from the audience.

Tobiassen loudly banged a gavel and sternly said “order” to quiet the crowd.

“That is great after 35 years of service for the district, thank you very much,” board member John Perrino said to the audience members.

“The district has not announced who will be Del Moro’s replacement,” permanently or in the interim, said district spokesperson Kevin Witt.

In recent weeks, district officials including Del Moro have come under fire by members of the community, students and staff who say the district mishandled reports of sexual misconduct within the district.

Since joining the district, Del Moro has served as the principal of Truman Moon Elementary School and the Monhagen Middle School, director of secondary education, assistant superintendent for curriculum and instruction, and superintendent of schools.

“I think we have worked through some difficult times, and we have difficult times ahead of us,” Del Moro said to the audience Thursday night, “but I am resolved to the fact that the commitment and talent that we have in this school district will meet those challenges as we have in the past in a successful manner.”