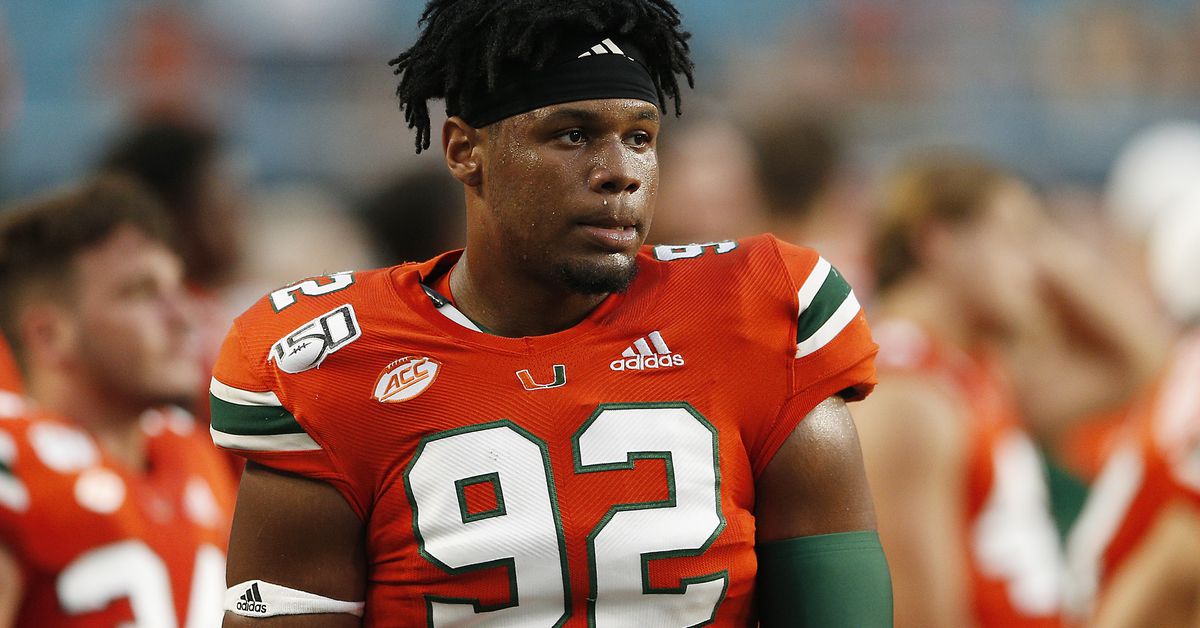 On Monday evening, Miami Hurricanes DT Jason Blissett Jr. announced via his Instagram account that he is medically retiring from football. Blissett Jr. cites multiple head injuries as the reason for this decision.

You can see the videos taken from Blissett Jr’s Instagram feed below:

The health and welfare of every individual player is the main priority. It is unfortunate that Blissett Jr. cannot continue on the field, but he will hopefully have the ability to move forward in life without being an athlete to the same level anymore.

On the field this year, Blissett Jr. appeared in nine games, recording seven tackles for the season.

A former 4-star recruit in the 2019 recruiting class, Blissett Jr. joined fellow New York natives Jared Harrison-Hunte and Adam ElGammal in making the trek from the Big Apple to Coral Gables. Blissett Jr. was recruited by DL coach Jess Simpson, who worked at Miami in the 2018 year and has now returned to the program. Unfortunately, due to Blissett Jr’s retirement, the pair will not get to work together on the field at Miami.

It is always a sad day to have a young player retire from the sport, and we wish Jason Blissett Jr. all the best moving forward.