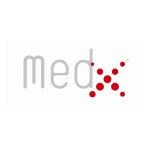 Rob von der Porten, Chairman and Acting CEO noted, “MedX is now well funded following its recent financing which closed in February 2021, and the Board has recently been strengthened by the appointment of Wayne Cockburn and Anthony Milonas. We are sorry to see Gary Van Nest and David Breukelman leave the Board and on behalf of the board and the MedX team, we sincerely thank them both for their years of support and service.”

MedX, headquartered in Mississauga, Ontario, is a leading medical device and software company focused on skin health with its SIAscopy on DermSecure™ telemedicine platform, utilizing its SIAscopy™ technology. SIAscopy is also imbedded in its products SIAMETRICS™, SIMSYS™, and MoleMate™, which MedX manufactures in its ISO 13485 certified facility. SIAMETRICS™, SIMSYS™, and MoleMate™ include hand-held devices that use patented technology utilizing light and its remittance to view up to 2 mm beneath suspicious moles and lesions in a pain free, non-invasive manner, with its software then creating real-time images for physicians and dermatologists to evaluate all types of moles or lesions within seconds. These products are Health Canada, FDA, TGA and CE cleared for use in Canada, the US, Australia, New Zealand, the European Union, Turkey and Brazil. MedX also designs, manufactures and distributes quality photobiomodulation therapeutic and dental lasers to provide drug-free and non-invasive treatment of tissue damage and pain. www.medxhealth.com.