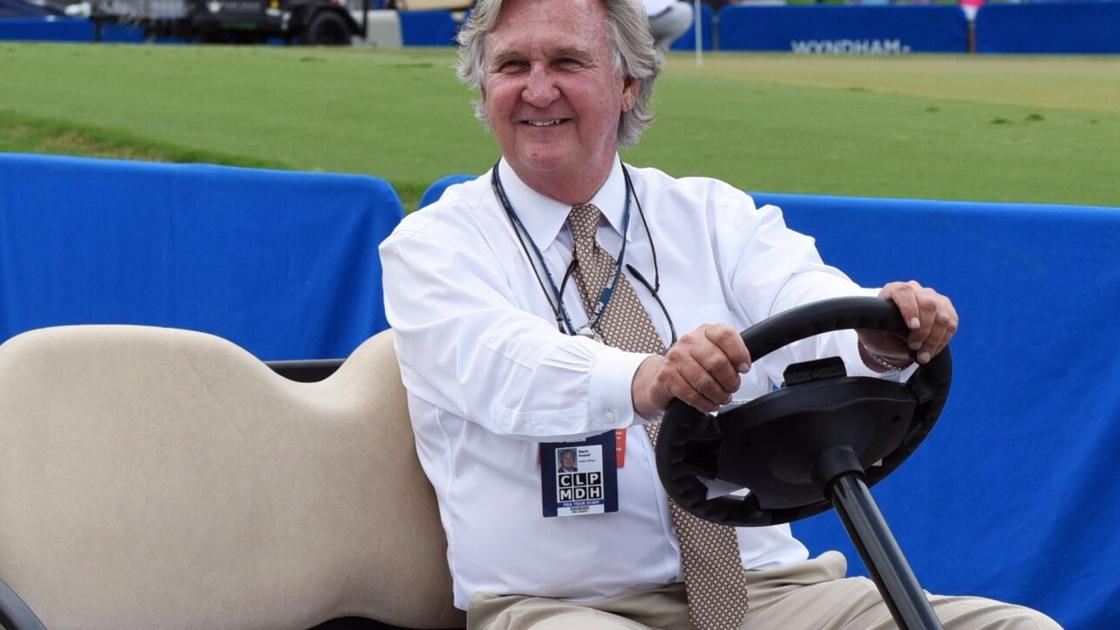 Now, his final tournament stop of his career is also in Greensboro.

“I guess that’s what you call symmetry,” said Russell, who says this has been one of his favorite tournaments to attend all these years. “I’ve seen a few of these over the years.”

He also talked about his days at Elon when he worked at Alamance Country Club cutting grass and doing other odd jobs. He also worked alongside Bobby Long, who just happens to be the chairman of the Piedmont Triad Charitable Foundation that runs the Wyndham Championship who was also a college student at the time.

“I was on the Mark Russell scholarship where I had to work to stay in school so that’s why I started working at Alamance Country Club,” Russell said.

John Maginnes, who works for PGA Tour radio and is a former PGA Tour player, is also a member at Sedgefield. He made it a special point to seek out Russell on Saturday afternoon to congratulate him.

“He’s been the patriarch of the Tour for all these years,” Maginnes said as he tried a deep southern drawl of Russell’s voice. “Just his reliability and dependability is unmatched. As you know ‘we have an obligation to the sponsors to get in 72 holes.’ That was a bad impression of Mark, but he’s done it so well for so long.”

Just about every Tour player has needed Russell to answer a question on a ruling or make a ruling during play throughout 40 years. Adam Scott joked that he’s spent half of his career with Russell by his side.