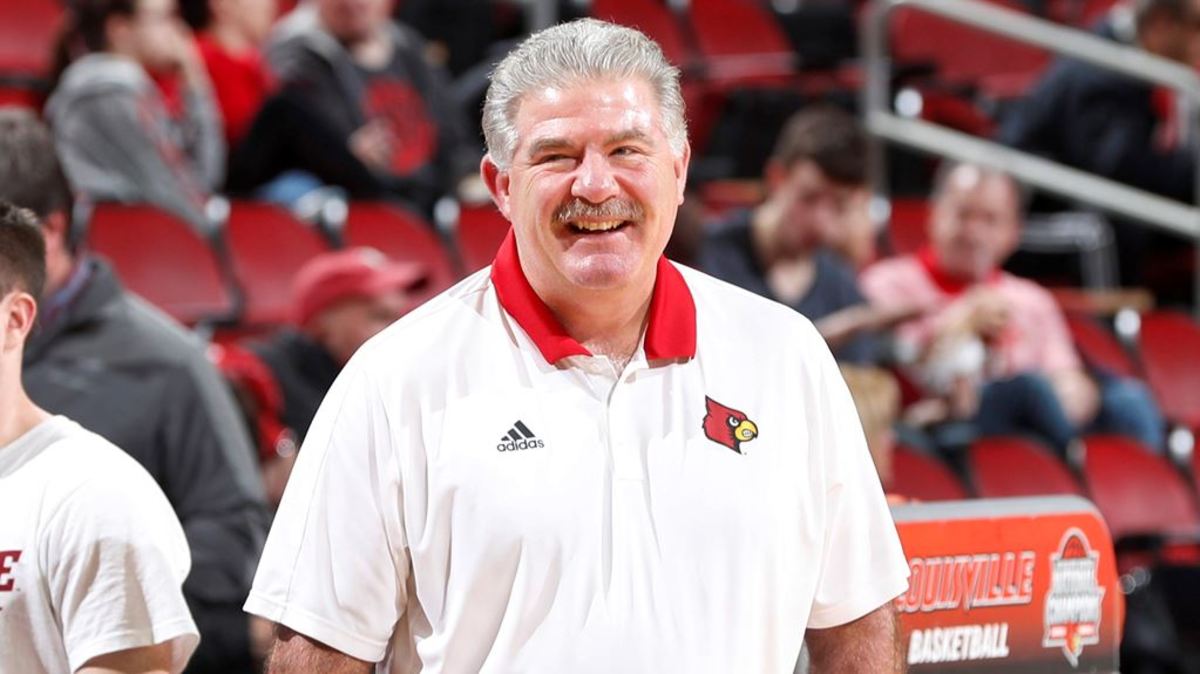 Press Release from the University of Louisville:

LOUISVILLE, Ky. – Fred Hina, who has served as Head Men’s Athletic Trainer for the University of Louisville men’s basketball team for the last 20 years and the last eight as Director of Sports Medicine for the Cardinals, has announced his retirement effective the end of June.

“Congratulations to Fred on a spectacular career,” said UofL Head Men’s Basketball Coach Chris Mack. “We are certainly going to miss him on a daily basis. What he did for student-athletes and the men’s basketball program cannot be understated. He is a die-hard Cardinal and has given every ounce of his being to this place. Our players will miss his care, his knowledge but most importantly his friendship. Thanks to Fred for everything.”

Since joining UofL in May 2001, Hina has been a part of successful men’s basketball teams each season, as the Cardinals achieved a 495-185 record on the court (.728) with multiple NCAA appearances and conference titles over the last 20 years.

The Mets reached two league championship series while Hina was with the Mets. The Mets lost in six games in the National League Championship Series in 1999 before advancing to the World Series the following year, falling in five games to the New York Yankees in the 2000 “Subway Series.”

Hina is a certified member of the National Athletic Trainers Association as well as the National Strength and Conditioning Association. He and his wife Gina have three sons: Jared, Justin and Jacob.